Home Sports Duncanville Senior Has His Game Together On, Off field

Chris Thompson Jr. may only be a teenager, but he has a tremendous appreciation for tradition. It’s a staple in his life, a life that includes getting all he can for himself and others, all while honoring the tradition that laid the foundation.

Take, for example, his choice of college. The senior defensive back from Duncanville, ranked No. 10 in the country, had his choice of many schools. He has committed to the Auburn University because of the program’s rich history and the – you guessed it – tradition of the Southeast Conference in which the Tigers play.

“The tradition just blew me away, the overall SEC atmosphere, the competition. The fans are expecting their team to win every game,” he said. Sort of like Duncanville’s sports history. The Panthers football team has certainly earned its place among the school’s athletic annals, with one state championship and a pair of state finals appearances, including last season.

Thompson thinks of great players in Auburn history, such as football and baseball star Bo Jackson, football standout turned baseball hall of famer Frank Thomas, and current Carolina Panthers quarterback Cam Newton. He hopes to earn a place alongside them when he plays for the Tigers. In the meantime, he has already cemented his place among Duncanville’s memorable players.

Making An Impact Off The Field

And not just with his play on the field. As good as he is at shutting down opposing receivers, Thompson is just as good, if not even better, at lifting up his community.

Thompson is one of five finalists for the 2019 Landry Award, named after the late legendary coach of the Dallas Cowboys. It is given to the player and coach who best exhibit positive character and leadership. He understands and appreciates the tradition that goes behind this prestigious honor.

“It’s such a big honor. I’m so happy just to be a finalist, and it would be great if I could win,” he said. “I was looking at players who have won it in the past. It can help create a great future for you.”

Again, following tradition set by his greatest hero, Jesus Christ, Thompson volunteers regularly at the Oak Cliff Bible Fellowship Church, along with the Arlington Food Pantry. He mentors youth, including troubled kids. The young man understands that children look up to high school football players as heroes, and he uses that status to help.

“I didn’t have that when I was younger. I think kids connect with teenagers, if they’re given a chance, and I want to give them that chance,” he said. “I had my dad and I learned a lot from him. We’re very close.

“My parents taught me to give back to the community. It’s such a great feeling to know you’re giving back to something, helping make someone else’s life a little better.”

Duncanville assistant coach John Towels said of Thompson, “Chris is a great young man from a great family. He is a model student-athlete, and his teachers love him. He is an asset to our school as well as our team. As a man, Chris will make an immediate impact on society in any endeavor he chooses.”

Football Runs In The Thompson Family

Thompson inherited a lot of his athletic ability from his father, who played football at Kansas State for a little while before transferring to the University of North Texas to get a business degree. His uncle played in the Canadian Football League. Both, like Chris, played defensive back.

“I like the pressure that comes with playing defensive back, that it’s one-on-one, you and the receiver,” he said. “Either he’s going to win the battle or you are.”

Thompson has aspirations of someday playing in the NFL. But he’s taking things a step at a time. First on the list was trying to leave Duncanville (12-0) as a state champion. The Panthers take on 11-1 Arlington Martin at noon today at AT&T Stadium in the third round of the 6A playoffs. Then comes helping Auburn battle for a national championship – along with getting a degree, either in mechanical engineering or business marketing.

Oh yeah, Thompson is ranked 19th academically in a senior class of more than 1,000 at Duncanville.

“I’m going to take care of my business now and in college, and if the NFL comes along, that would be great,” Thompson said. “But for now, I’m going to enjoy the blessings I have at this moment. 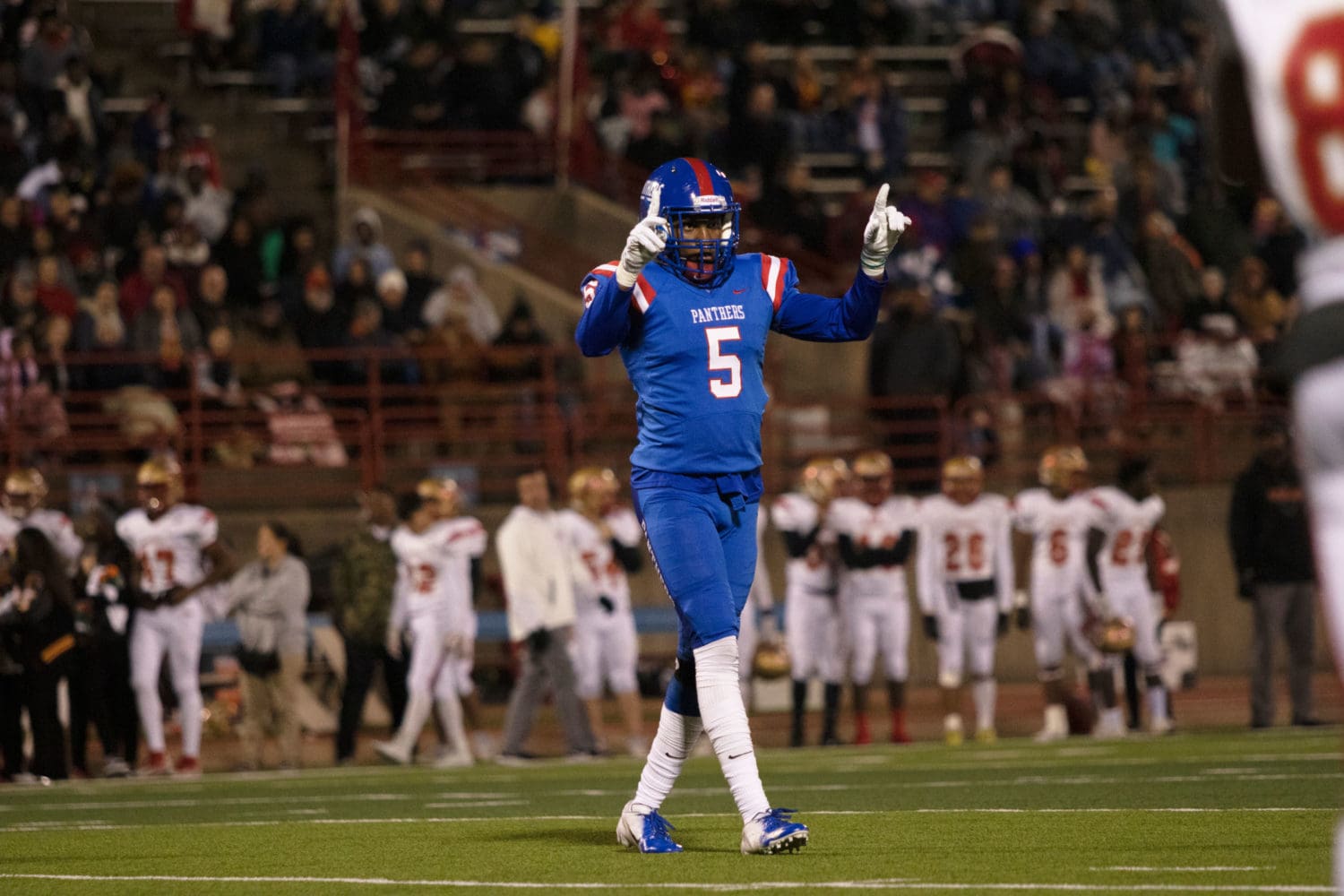