A cash reward of up to $5,000 is now being offered for information leading to his capture. Stewart, a high-risk sex offender, is wanted for failure to register as a sex offender. All tips are guaranteed to be anonymous.

Law enforcement officials remind residents hoping to cash in on the reward, “Do not attempt to apprehend these fugitives; they are considered armed and dangerous.”

Stewart has ties to Dallas and Tarrant County, specifically Dallas, Arlington and Fort Worth. His last known was 430 Turner Warnell Road, in the city of Mansfield, Texas.

In 2009, Stewart was convicted of aggravated sexual assault of a child and indecency with a child by exposure. Both incidents took place in Tarrant County involving an 11-year-old girl and a 9-year-old girl.

He subsequently was sentenced to 5 years in TDCJ prison. On August 2, 2017, the Mansfield Police Department issued two warrants for Stewart’s arrest for Failure to Register as a Sex Offender. An additional warrant was also issued in Dallas County for Failure to Comply with Sex Offender Registration Requirements.

Stewart is 6 feet tall and weighs approximately 175 pounds. He has a tattoo on his left wrist and scars on his left hand, back, and face. Stewart is known to provide false and fictitious information, including different names.

In the past he has gone by the aliases: Kody Stewart, Bleax Lamarcus Stewart, Demetrius Rasputin, Dmitri Steward, Jeremy Todds and Dakota Markus Stewart

How To Submit A Tip

Texas Crime Stoppers, which is funded by the Governor’s Criminal Justice Division, offers cash rewards to any person who provides information that leads to the arrest of one of the Texas 10 Most Wanted fugitives or sex offenders.

So far in 2017, Texas Crime Stoppers has paid $51,000 in total rewards for anonymous tips that resulted in arrests. To be eligible for the cash rewards, tipsters MUST provide information to authorities using one of the five following methods:

•A web tip through the DPS website by selecting the fugitive you have information about, and then clicking on the link under their picture.

•Submit a Facebook tip by clicking the “SUBMIT A TIP” link (under the “About” section).

•Through the DPS Mobile App. The app is currently available for iPhone users on the Apple App Store: and for Android users on Google Play.

All tips are anonymous – regardless of how they are submitted, and tipsters will be provided a tip number instead of using a name.

DPS investigators work with local law enforcement agencies to select fugitives for the Texas 10 Most Wanted Fugitive and Sex Offender lists. You can find the current lists – with photos – on the DPS website. 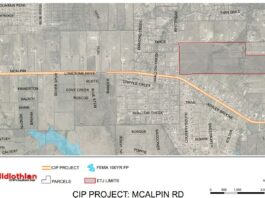 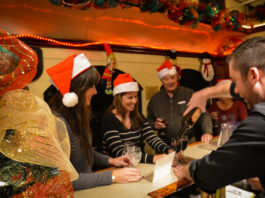 Celebrate The Holiday Season On A Train With Local Wine 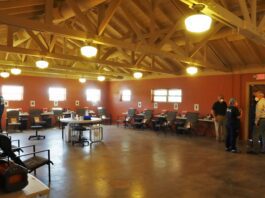