Several Facebook users copied and shared a post by Brooke Bartholomew Hurt of Arlington on Thursday night. Hurt, who identifies herself on her Facebook page as secretary to the principal at Coble Middle School, wrote “Loot we Shoot. Kill all those black monkeys if you don’t like it go back to Africa. #WeSupportAPD.”

Other Facebook users shared the comment to different Facebook groups, where users called for Hurt to be fired. Hurt resigned Friday morning, according to Mansfield ISD.

“Mansfield ISD was made aware late last night of a staff member’s social media post, which had racist and extremely inappropriate language,” according to a statement from the school district. “The district does not tolerate any type of hateful speech or behavior and takes these types of situations very seriously. The employee in question has since resigned and no longer works for the district. MISD is committed to creating a working and learning environment that is inclusive to all and does not condone any type of action that would violate that right.”

Hurt’s Facebook page said that she is an Arlington resident and had worked at the school since July 8, 2019. Coble Middle School is at 1200 Ballweg Road in Arlington. 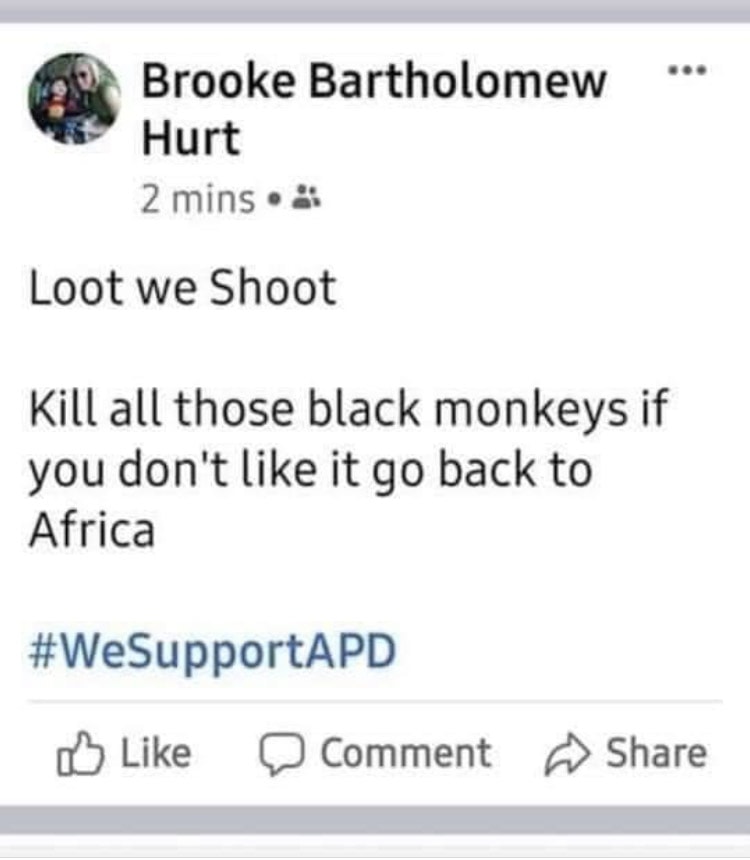