Hershey Felder as George Gershwin Alone – Live from Florence, a benefit for Dallas Summer Musicals and other arts groups, streams September 13 at 7 p.m. CST. Tickets are  $55 per household, and are available now at DallasSummerMusicals.org.

“We are now venturing into our third livestream event since our theater has remained closed due to the pandemic. We are proud to participate, for the second time, in my good friend Hershey Felder’s inspiring livestream event. Honoring the work of George Gershwin, composer of An American in Paris, Porgy and Bess, and many other great works,” said Ken Novice, president of Dallas Summer Musicals. “While our doors may remain closed physically, they are open virtually to events like these that will help propel our organization forward in this uncertain time.”

Over 3,000 performances of George Gershwin Alone have been seen worldwide. Following his livestreamed performances as Irving Berlin and Beethoven, Felder’s “George Gershwin Alone” benefits U.S. arts organizations. The story of America’s great composer whose groundbreaking “Rhapsody in Blue” helped make a Lady out of Jazz. The concerts features many of the composer’s best-known songs like “The Man I Love” and “Someone to Watch Over Me.” Also the hits of An American in Paris and Porgy and Bess, plus a complete performance of Rhapsody in Blue.

Hershey Felder is the only actor-musician to create the role of George Gershwin on the stage. The virtual performance streams from the stage of a famous old European theater, Teatro della Pergola in Florence.

George Gershwin was born in 1898 to Russian-Jewish immigrant parents in Brooklyn. He and his brother Ira wrote such standards as “The Man I Love,” “Someone to Watch Over Me,” “Embraceable You,” “Fascinating Rhythm,” “I Got Rhythm,” “’S Wonderful” and “They Can’t Take That Away from Me.” His groundbreaking opera, Porgy and Bess, is an American classic. George Gershwin wrote more than 1,000 songs for the stage and screen. He also wrote works for the opera house and symphony orchestra.

Gershwin died in 1937 of an undiagnosed brain tumor at the age of 38, never knowing how famous and beloved he and his work would become. Hershey Felder as George Gershwin Alone – Live from Florence features the music and lyrics of George Gershwin and Ira Gershwin, with a book by Hershey Felder. The production is directed by Stefano deCarli and Felder, adapted from the stage play directed by Joel Zwick. The Associate Director is Trevor Hay, with scenic design by Hershey Felder. Film production and live editing is by the DeCarli Live film company. Live broadcast and sound design production are by Erik Carstensen. Meghan Maiya is director of broadcasting and special projects.

Dallas Summer Musicals Inc. (DSM) has presented the very best in Broadway to North Texas audiences for over 75 years. Located in the historic Music Hall at Fair Park, DSM promotes excellence in live musical theater. The nonprofit impacts the lives of children and families through education and community outreach programs. 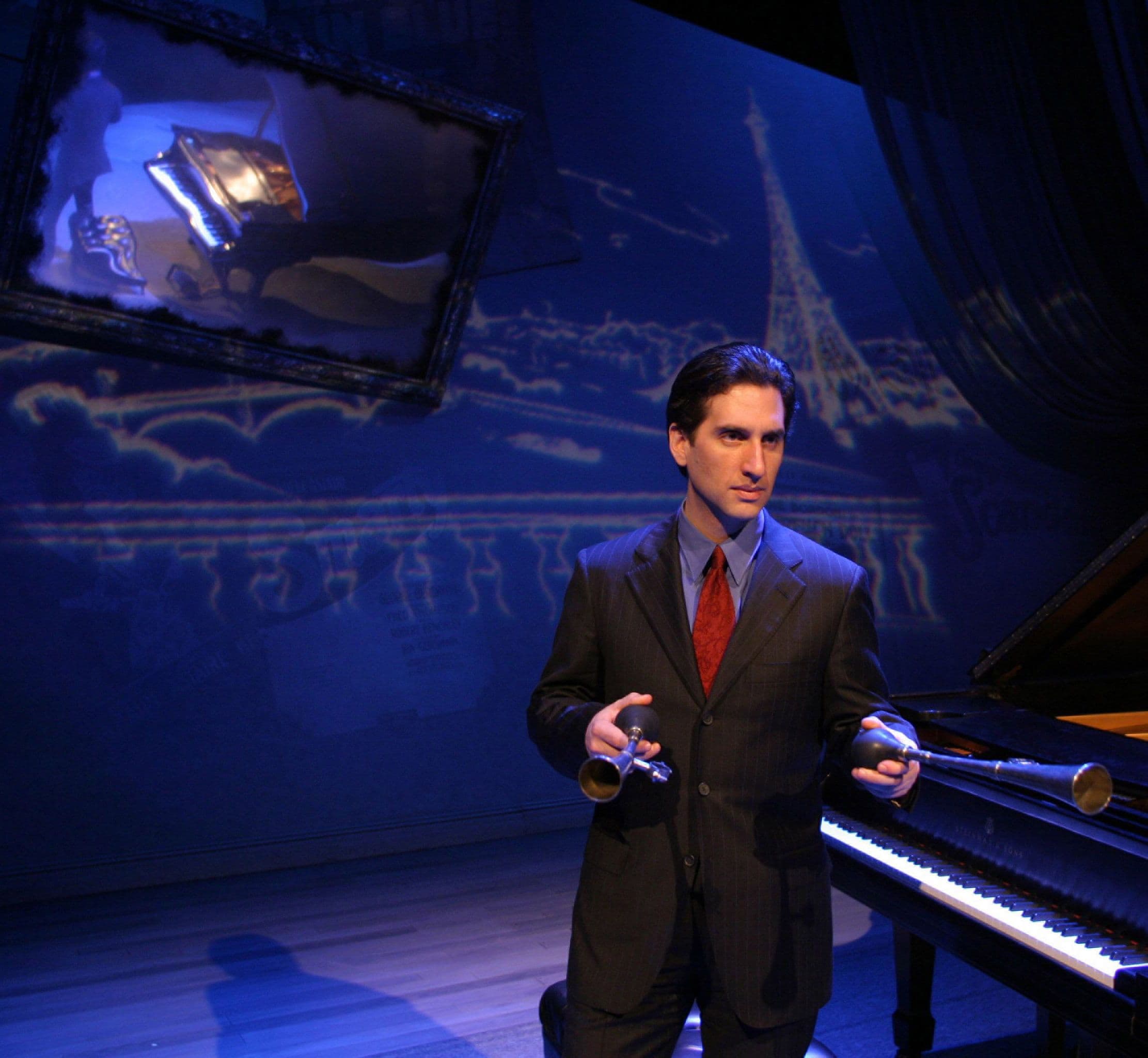