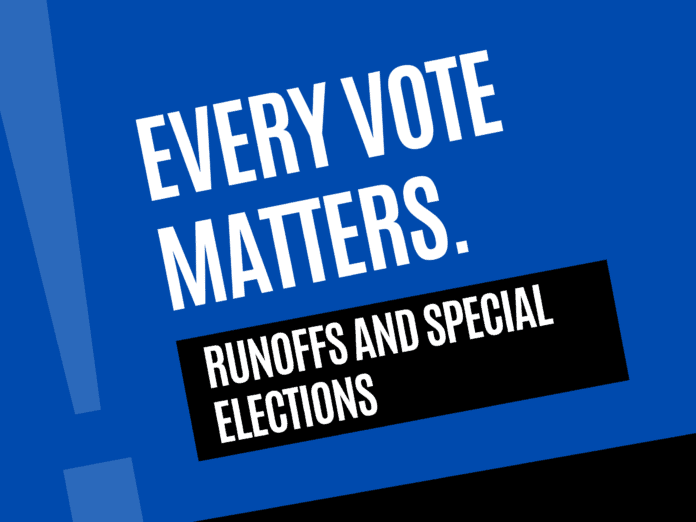 GLENN HEIGHTS – Alisha Brown was sworn in earlier this week in Glenn Heights for the unexpired Place 4 seat left open earlier this year.

About her win she said “I am humbled and excited the people have chosen me! I serve them and will connect with all corners of Glenn Heights to move our city forward.”

But even as Brown was sworn in to take that open seat, the city is already gearing up for a second special election to replace councilmember Jeremy Woods, Place 3. Woods recently moved out of district due to issues with local area schools.

Applications for a place on the ballot in Glenn Heights are available online at the City of Glenn Heights website or in the City Secretary Drop Box at City Hall through December 2, 2020.

On Tuesday, November 17, 2020, the DeSoto City Council unanimously approved the ordinance calling for the special election on Tuesday, February 2, 2021, for Mayor, Place 1 on the City Council. The action identifies the candidate filing period as Wednesday, November 18, 2020, through Wednesday, December 2, 2020, at 5:00 pm. Applications to run for Mayor will not be accepted after the close of the filing period. Early voting will begin on Wednesday, January 20, 2021, and continue through Friday, January 29, 2021.

In Midlothian Tiffany Carra and Hud Hartson are vying for the unexpired Place 6 seat due to the death of Midlothian City Council member Art Pierard who occupied that seat.

A runoff election in Duncanville for District 2 will have Don McBurnett and Misty Bain hoping to win that seat on the City Council.

In Mansfield there are two runoff elections taking place including the Mayoral seat, Place 1’s unexpired term between Brent Newsom and Michael Evans. For Mansfield’s Place 2 unexpired term both Tamera Bounds and Scot Bowman will be vying for that seat.