“The Dallas shooting was bad, but it sparked a fire in me and I’m going to let that fire shine bright,” said Ipinowula “Ipi” Adedokun, a junior majoring in finance.

Following the shooting, the Duncanville grad wanted to help children who lost parents that night, but he didn’t know how. So he started a group in hopes it could become a nonprofit to lend him credibility.

This June, just a few weeks before the one-year anniversary of the shooting, the organization – World Apparel Co. – became designated as a domestic nonprofit corporation. About half of the proceeds from online purchases of T-shirts and trendy dresses, jackets and hats goes to aid children’s charities or individual families.

Adedokun said the idea is to help children while they are young in hopes that years later, they will remember the help received, and a cycle of good will develop.

“It’s about promoting positivity. The youth are the future, but they don’t get to decide where they will live or what families they are born into. It’s our job to help those kids whose families can’t or don’t,” he added. “We’re not that big, but we want to help, and we eventually want this to transcend Denton.”

Purchase with a purpose

“‘A purchase with a purpose,’” Adedokun said a friend calls it. “I’m trying to persuade my age group that your life can affect millions just by you purchasing a shirt. A lot of people don’t like to donate or because they think they cannot afford to, but yet, they still have money for other things that they want to do, like shopping.”

The organization has since expanded to help children in a multitude of causes globally and is currently working on a campaign for the water crisis in Flint, Michigan. However, Adedokun says the spark for his nonprofit started last summer as he watched the violence unfurl on social media and television. He made a vow that good should and could come from that tragedy. But his efforts to help families went unheard.

“It was hard. I was nobody – a valet at Dallas-Fort Worth International. No one was taking me seriously at the time,” said Adedokun, 19, who grew up in Duncanville.

So he began investing all of his free time and half of his paycheck into what would become World Apparel Co. So far the group has donated 100 toys and $200 in January to the Promise House Orphanage in memory of the shooting, and this July the nonprofit’s team of now five volunteers will travel to Flint to donate hundreds of specialized designed water filters capable of removing 99.9 percent of lead from water. 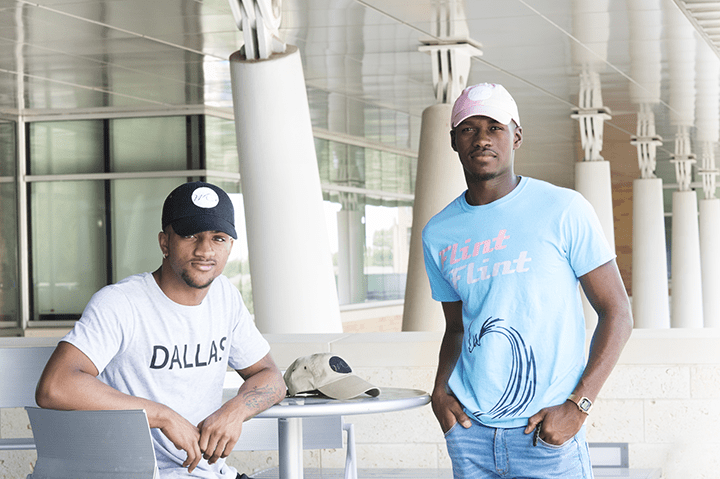