DUNCANVILLE—Despite heavy rains and the threat of a wash out the Duncanville Independence Day Parade and Festival was a success.

The storms ended and left the streets relatively dry—with the weather appreciably cooler than usual. The popular community parade sponsored by the Lions Club was able to kick off on schedule at 9 a.m.

The Ellis County Jeep Club showed up in force. True to form, they brought none other than Ben Franklin with them, ensuring the win for the President’s Award in the Duncanville Lions Club’s annual Independence Day Parade on July 4th.

The theme award went to the entry by Duncanville Rotary Club. The Inspiration Award went to Jaynes Memorial Chapel with the Flowers by Sandra float entry.

Organizers said the Armstrong Park festival showed an increase over last year’s event. Admission to the festival was free and open to the public. 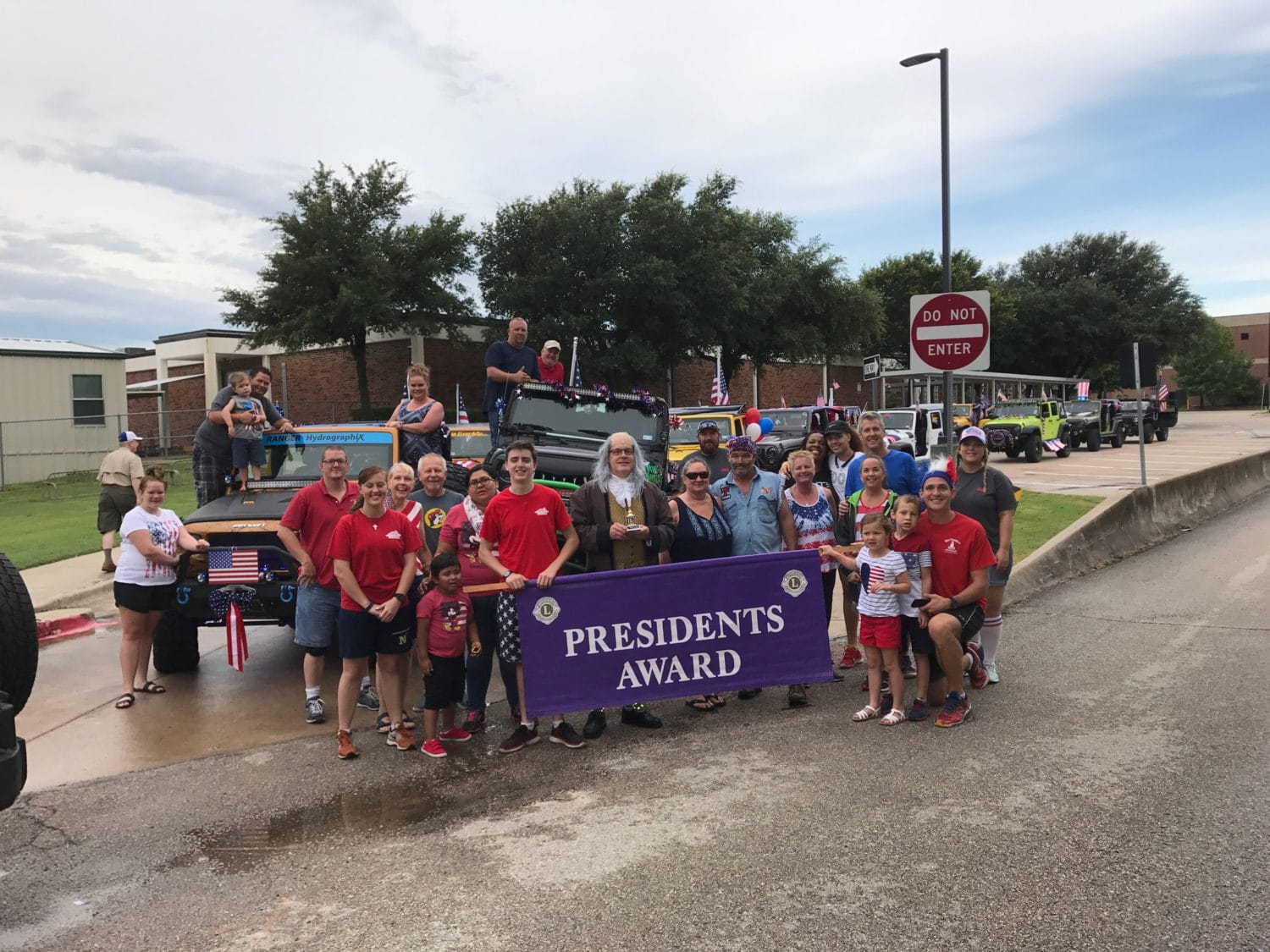