Old Chisholm Trail NSDAR presented the NSDAR Medal of Honor to retired orthopedic surgeon Dr. Phil H. Berry, Jr. The Medal of Honor is the highest award presented to an American citizen by the National Society of Daughters of the American Revolution. Old Chisholm Trail NSDAR Regent Sandra Jo LaVigne presented the award to Dr. Berry at the chapter’s Feb. 1 meeting at the Museum of International Cultures in Duncanville.

Dr. Berry retired from active practice (1971-2018) at Methodist Dallas Medical Center. His specialties were hip and knee reconstructive surgery. He preferred to use the anterior approach for hip replacement, since the procedure reduces recovery time to as short as three weeks. Dr. Berry performed his 1,000th hip transplant using the anterior procedure in 2016.

During surgery in 1983, Dr. Berry contracted hepatitis B when he was nicked with a surgical instrument. He grew progressively worse, and in 1986 he was placed on a transplant list. After six weeks on the list, he was close to death when he received a call. A 30-year-old woman had died from an aneurysm, and her liver was available to save Dr. Berry’s life. He returned to the operating room only two months after his transplant.

A member of the Dallas County Medical Society Board of Directors (1986 and 1988), he served as President of the society in 1990. In 1996, he received their Max Cole Leadership Award. He and a few other doctors established CareFlite, a helicopter emergency service that transports patients between hospitals. He served as CareFlite’s first Medical Director, and was Chairman of the CareFlite Medical Board for ten years.

In 2004, Dr. Berry received the Distinguished Service Award from the Texas Medical Association. It is the highest award given by the association.

Texas Medical Association’s Executive Vice President Dr. Michael J. Darrouzet, FAAMSE, said, “I have worked around thousands of physician leaders in my 31 years in organized medicine. I am aware of only one or two who have created a legacy like Dr. Berry, so yes, there are others, but they are extremely rare. None of them worked in as broad an area as he has, from trauma support, to organ donation, to national policy. His “second chance” at life has not been wasted, even for one day. That makes him unique and unlike any other leader I know. At the time, he was the sole leader of the movement for ‘Live and Then Give.’

“It was his dream, his passion, his hard work that made it happen. No one else could have done it. He carried it through to the national level, and then kept going to create the Southwest Transplant Foundation, bringing the resources of others into the actual lives of patients and their families who needed the help the most. Getting to know Dr. Berry has brought joy and hope in my life. When you see the sparkle in his eyes you know he has faced death and lived to count each and every day as a blessing. ‘There are no bad days,’ he likes to say, no matter how bad others might think it is. Few of us get the second chance to LIVE that he got. I feel blessed to have witnessed his life.” 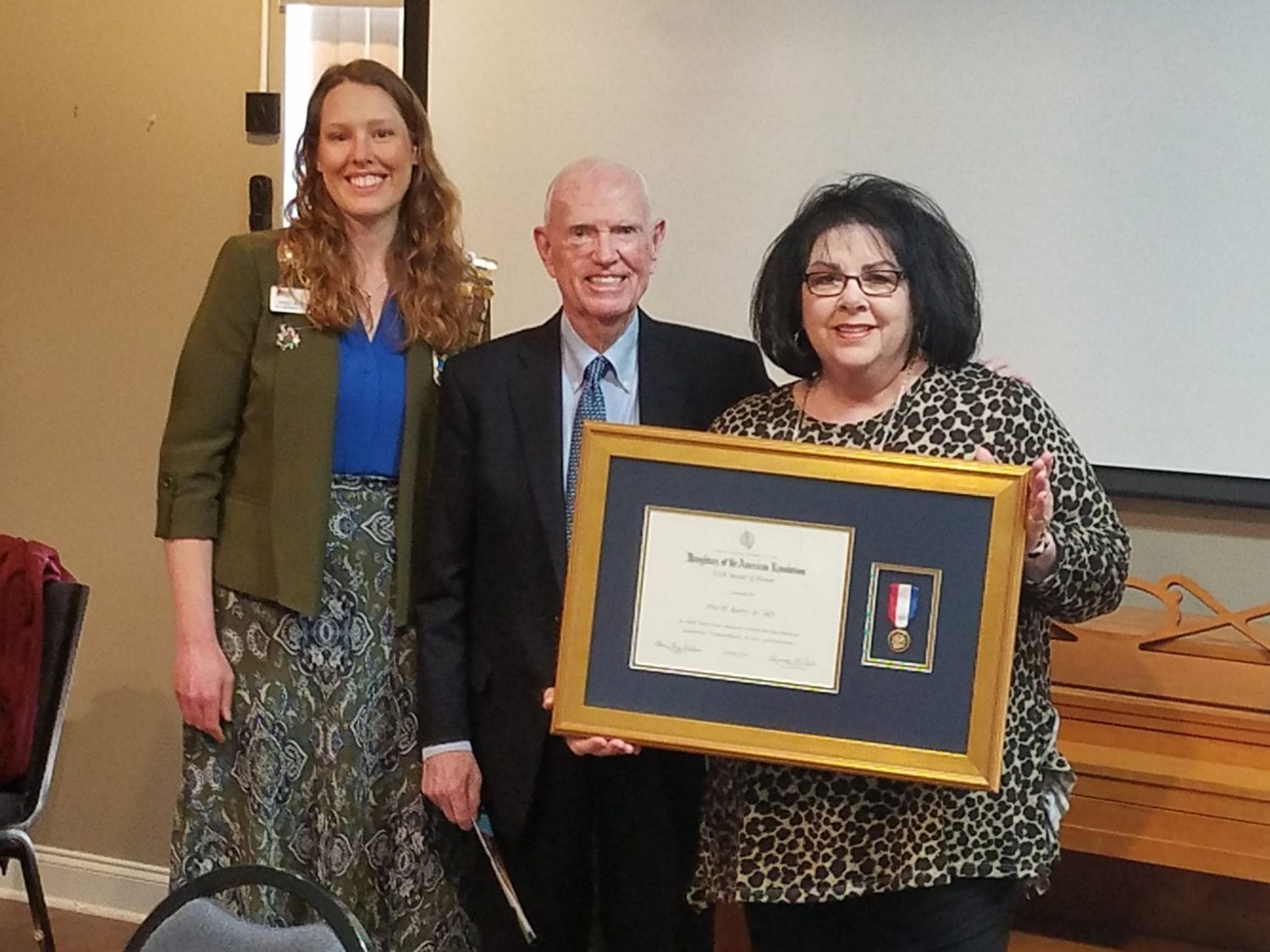