The Dallas Arboretum will close for business effective immediately in compliance with the City of Dallas’ new regulation restricting gatherings to no more than fifty people and to help prevent the spread of the novel coronavirus (COVID-19).

This policy will be in place until further notice.

These are extraordinary times. We deeply appreciate your continued support of our garden. While we are closed, our staff will work diligently to maintain our grounds and essential services.

In doing so, our staff will practice social distancing and recommended preventative measures.

Come For The Flowers, Stay For The Fun

Music and nature come to life at the Dallas Arboretum with Dallas Blooms, one of the Southwest’s largest floral festival with more than 500,000 spring blooming bulbs from 100 bulb varieties. Named one of the “world’s most beautiful gardens” by MSN.com, guests can experience one of the country’s most colorful springtime displays and celebrate the joy of music with the “Sounds of Spring” theme. Six majestic topiaries adorn the garden, each depicting a different musical instrument, including a harp, bass, guitar and saxophone, as well as two topiary musicians. One musician is playing the violin, the other is playing the piano.

Alan Walne, Dallas Arboretum board chairman, said, “Gather the family and enjoy music in bloom. Celebrate a different genre of music each week including Texas Country, Classic Rock and Roll and Classical. Come for the flowers and stay for the fun during Dallas Blooms.”

During the opening weekend on February 29 and March 1, visitors kick off Dallas Blooms with Blooms, Boots & BBQ Fest:

Kick off Dallas Blooms with a boot scooting good time. Blooms, Boots & BBQ Fest features BBQ vendors, dance performances, line dancing lessons, music and a “These Boots Are Made for Walking” contest. Two crowd-pleasing country bands, The Powell Brothers on Saturday, and For Love and Country on Sunday, perform from 2-4 p.m. The Lake Highlands Wranglers perform at 11 a.m. and the SMU Mustang Mavericks perform directly after on Saturday, and again on Sunday at 11 a.m.

Guests can learn how to line dance after both performances. Meat Church demonstrates how to prepare some Texas-inspired dishes at 1 p.m. in A Tasteful Place. Guests can stop by the table in the Entry Plaza on both days and enter “These Boots Are Made for Walking” contest to prove they have the best boots. A picture of their boots is taken, and the winner is announced at the Martin Rutchik Concert Stage and Lawn at 3:45 p.m. Winners receive a pack of four concert tickets to a Cool Thursdays Concert. 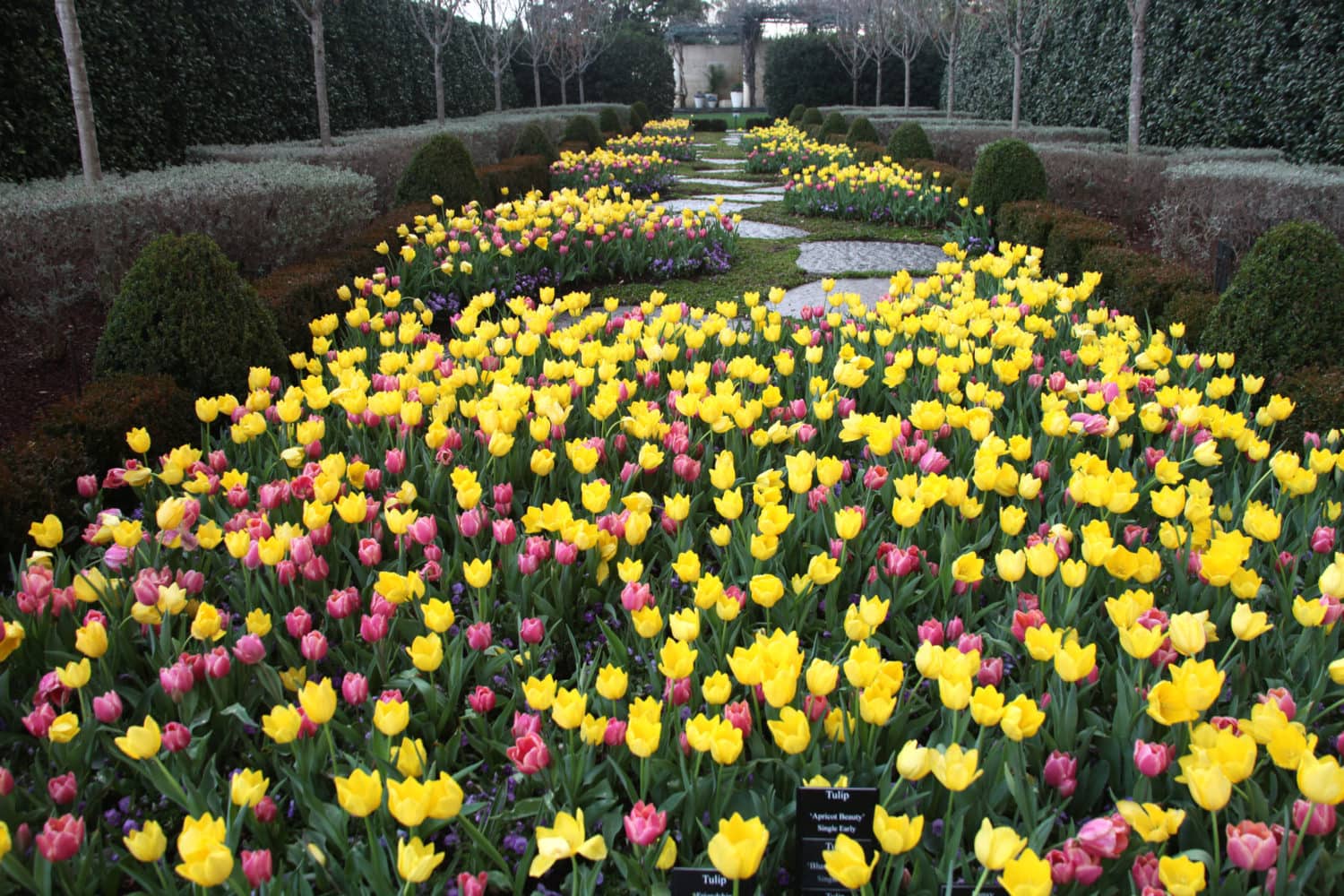