Dr. Donna Fuller recently retired after 38 years as one of Duncanville’s favorite vets. She was still in vet school when she started working with Dr. Mac Warren at the Cedar Ridge Animal Clinic in 1981.

Dr. Fuller graduated from Texas A&M after what she calls “the tour of state schools.” She attended Sul Ross State and Sam Houston State before she became the “proudest member of the Fighting Texas Aggie class of ‘81!”

“I did an externship with Dr Mac Warren (at what was then Cedar Ridge Animal Clinic, next door to our current location) the last three weeks before I graduated. I count the first day of that externship, August 4, 1981, as my first day of practice. Then I returned after graduation as an associate with the practice and remained there for my entire career,” Dr. Fuller said.

The following May, Dr. Fuller bought into the practice, and remained partners with Dr Warren for 15 years. They built the new building at the current location in 1987. She bought Dr. Warren’s share in 1996, and remained full owner until June 27, 2019.

“I changed the name of the practice after I became sole owner, to Pet Medical Center of Duncanville, to better reflect the quality of care available,” Dr. Fuller said. “Over the years the practice evolved, offering dentistry, ultrasound and digital radiographs, among other things. My staff, associate vets, and I always prided ourselves on treating our patients and their owners as family, separating ourselves from the big corporate practices that have become so common now.”

“I sold the practice to a former employee, Dr Vanessa Ali. She has the same philosophy of practice that I have had and I was very excited to pass her the torch! I worked for her for six months, and retired officially on December 31st, 2019. I have been offered the chance to do some relief for her, after I’ve recovered from my knee surgeries,” she said.

A retirement party for Dr. Fuller will be held at the clinic from 2-4 p.m. February 22. Patients, former patients, and members of the community are invited to attend.

Dr. Vanessa Ali, DVM, new owner of the clinic, said, “After a six year hiatus, I am back home at Pet Medical Center of Duncanville! I am very grateful to Dr. Fuller for giving me a fantastic foundation as a young veterinarian. I have since had the opportunity to work with several other amazing doctors who helped me build on that foundation in order to the very best veterinarian for my patients and their owners. I am looking forward to using these experiences to provide the best care to our clients and their fur babies and to carry on Dr. Fuller’s legacy!”

“I grew up in my mom’s clinic — performing science experiments, observing surgeries, and attending emergency calls with her in the middle of the night. I’m so thankful we had that time together. She inspired me to protect and advocate for animals and also to choose work that was meaningful to me. I’m grateful for that example because now, as the executive director at Friends of Tri-City Animal Shelter, I have the honor of helping homeless dogs and cats receive exceptional veterinary care. It means a great deal to me to follow in her footsteps,” Corey said. 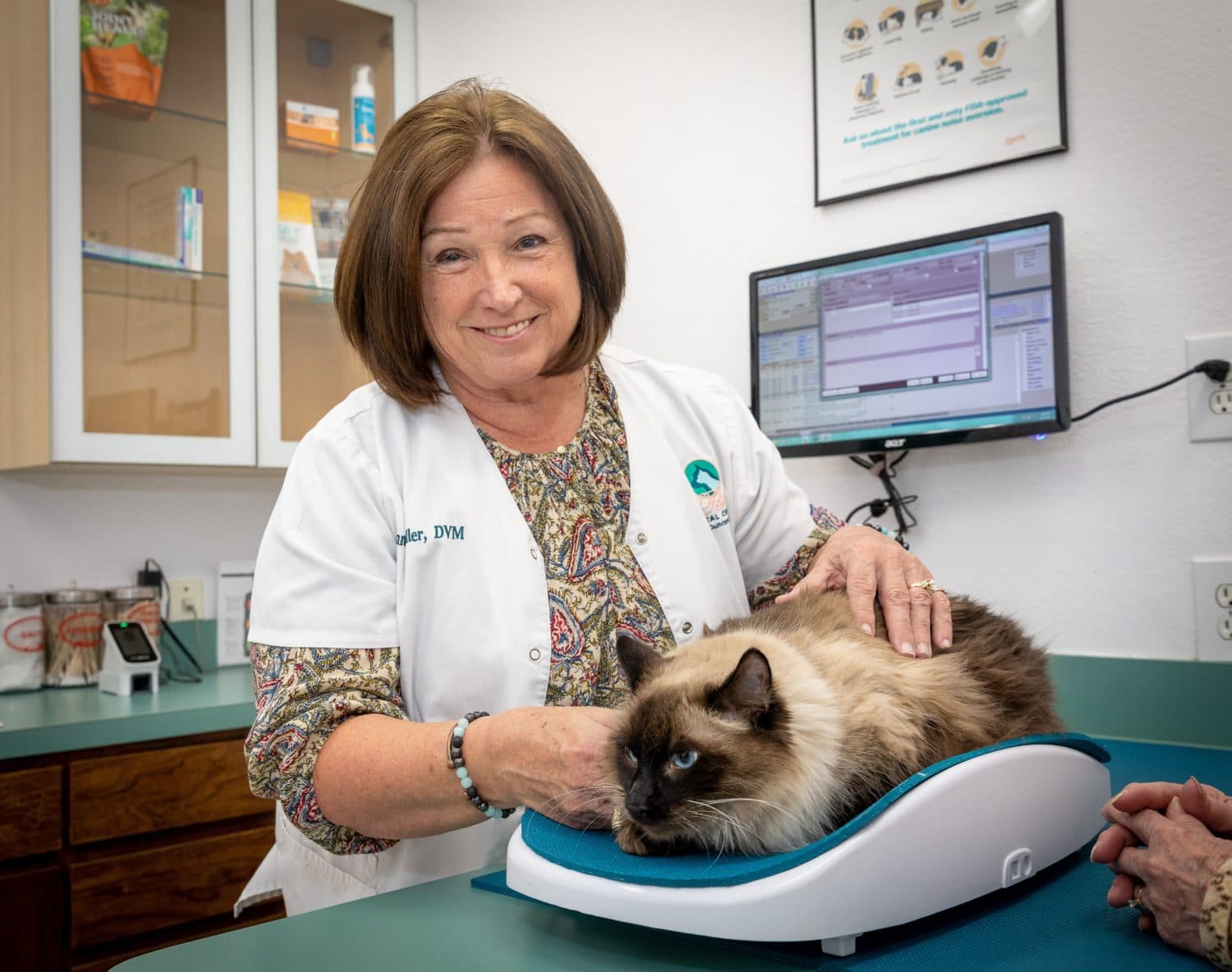