Some have gotten lost, some have lost their home and some have never had a home. However they arrive, all of the animals that arrive at the Tri-City Animal Shelter Cedar Hill are looking for a family.

Adopting a pet from the shelter helps not only the animal, but the new owner, England said. “We know about the dog beforehand,” England said. “We do personality tests. Getting a new puppy is like having a toddler in the house.”

Dogs, cats, chickens, goats and even a wandering donkey have called the shelter home, England said. Some are owner surrendered, others have strayed from home and some are feral.

“Some people are moving, some have no time for them,” England said of the owner-surrendered pets.

The animals are checked for micro-chips, then their health and personality are evaluated.

“This is an open-intake facility, so we do euthanize,” England said, “if they have something we can’t fix, something that is highly contagious (like the parvo virus) or aggressive behavior. Sometimes it’s the humane thing to do.”

But Tri-City tries to find them new homes, saving 73 percent of the animals that came through its doors in 2018. So far this year, there have been 838 adoptions of the 1,692 cats and 3,284 dogs that have come into the shelter. England expects the save rate to rise to 80 percent to 90 percent this year.

Adoption fee is $75, which includes sterilization, core vaccines (including rabies), micro-chip, flea treatment and a new friend, England said. Many pets are fostered, transferred to other shelters or taken in by rescue groups.

And then there’s the feral cats that are trapped and brought in through the TNR (Trap/Neuter/Release) program, which is free for residents in DeSoto, Duncanville and Cedar Hill.

“We ask people if they want the cat released back in their neighborhood,” England said. “It helps with rodent population control. People think it increased the population, but if they put that cat back in it helps decrease the cat population because cats are very territorial.”
And since the cat is sterilized, there will be no more litters from it. Tri-City tips the ear of cats that have been through the TNR program.

While feral cats walk on the wild side, their kittens can be socialized and adopted. Fosters like Tracy Bouchillon of Cedar Hill give the kittens and their mother, if possible, a second chance.

“There’s so many,” said Bouchillon, who has fostered approximately 100 cats from Tri-City. “I like to give them a good start. I get them socialized and start handling them. The kittens are so much fun to watch.”

It Takes A Village

Bouchillon isn’t the only one who has stepped in to help. Central Animal Clinic in Cedar Hill and Pet Medical Center in Duncanville do up to five surgeries per day, sterilizing and giving vaccines to prepare the animals for adoption. Another vet comes twice a week.

The Friends of the Tri-City Animal Shelter raise funds for the facility and are preparing to turn the former shelter into a surgical unit so pets won’t have to be transported for surgery.
And then there are the volunteers who come in to help clean and socialize.
“We have an hourly volunteer that comes into work with the cats,” England said. “Just holding them and petting them can make a difference.”

But the shelter could always use more, especially adults, she said.

“We don’t have morning volunteers to help us clean the kennels and cat displays, basically to help us start the day,” England said.

For more information on volunteering or fostering, go to www.cedarhilltx.com/66/Animal-Shelter and fill out an application. Volunteers must be at least 10 years old.
Tri-City Animal Shelter is open 10 a.m.-6 p.m. Monday-Friday, 10 a.m.-2 p.m. Saturday, closed Sunday. For more information, call 972-291-5335. 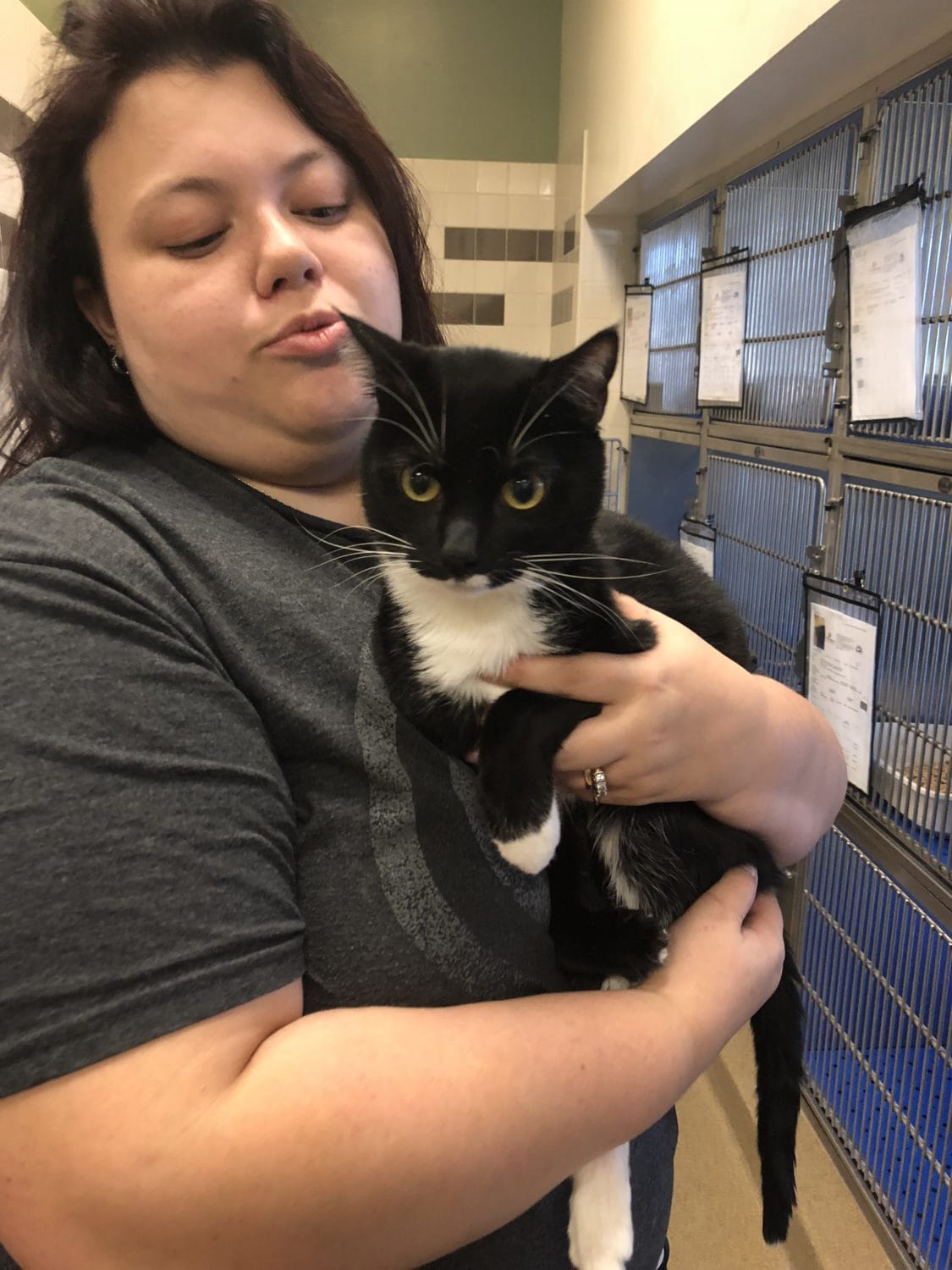