DESOTO—Dallas County Sheriff Deputies and DeSoto detectives continue to investigate a early Sunday morning shooting at the Magnuson Hotel in the 1500 block of Interstate 35 East. According to Sergeant Grady Kirkland, police initially responded to a domestic disturbance call involving a gun to a DeSoto home.

Officers then responded to a second call around 3:00 a.m., they discovered it to be the same male suspect from the previous incident now in the hotel parking lot. When officers approached the suspect he was sitting alone in his vehicle. They instructed the suspect to exit his vehicle, but he refused to comply and fired at officers from inside his vehicle. Officers returned fire and struck the suspect.

The gunman, later identified as 30-year-old Roderick Raymond Bailey, was transported to a local hospital for treatment. No officers were injured during the incident.

Bailey was later remotely booked into Dallas County Jail on charges of aggravated assault on a police officer and family-violence assault. According to Dallas County jail records Bailey has a history of domestic violence, violation of protective order, evading arrest and assault. All charges appear to stem from a August 2018 incident in Red Oak.

The identity of the officers involved are not being released at this time. DeSoto Police are investigating the overall incident and the Dallas County Sheriff’s Office Investigators Unit is investigating the officer involved shooting portion of the incident. Police assaults in cases related to domestic violence are not uncommon. The Texas Department of Public Safety reports that in 2017 more than 180 officers were assaulted while responding to family violence incidents.

That same DPS report noted that family violence slightly decreased from 2016-2017. The total number of Texas family violence incidents in 2017 was 195,315. This represented a 0.6% decrease when compared to 2016.

May 26, DeSoto police received an emergency call around 11:10 p.m. from the victim who stated he had been shot. When officers arrived to the home in 600 block of Rain Lily Drive they discovered the husband lying near the front door shot by his spouse who was still inside the home.

The wife was apprehended without incident.  The husband was transported to a nearby hospital and treated for a gunshot to the abdomen. 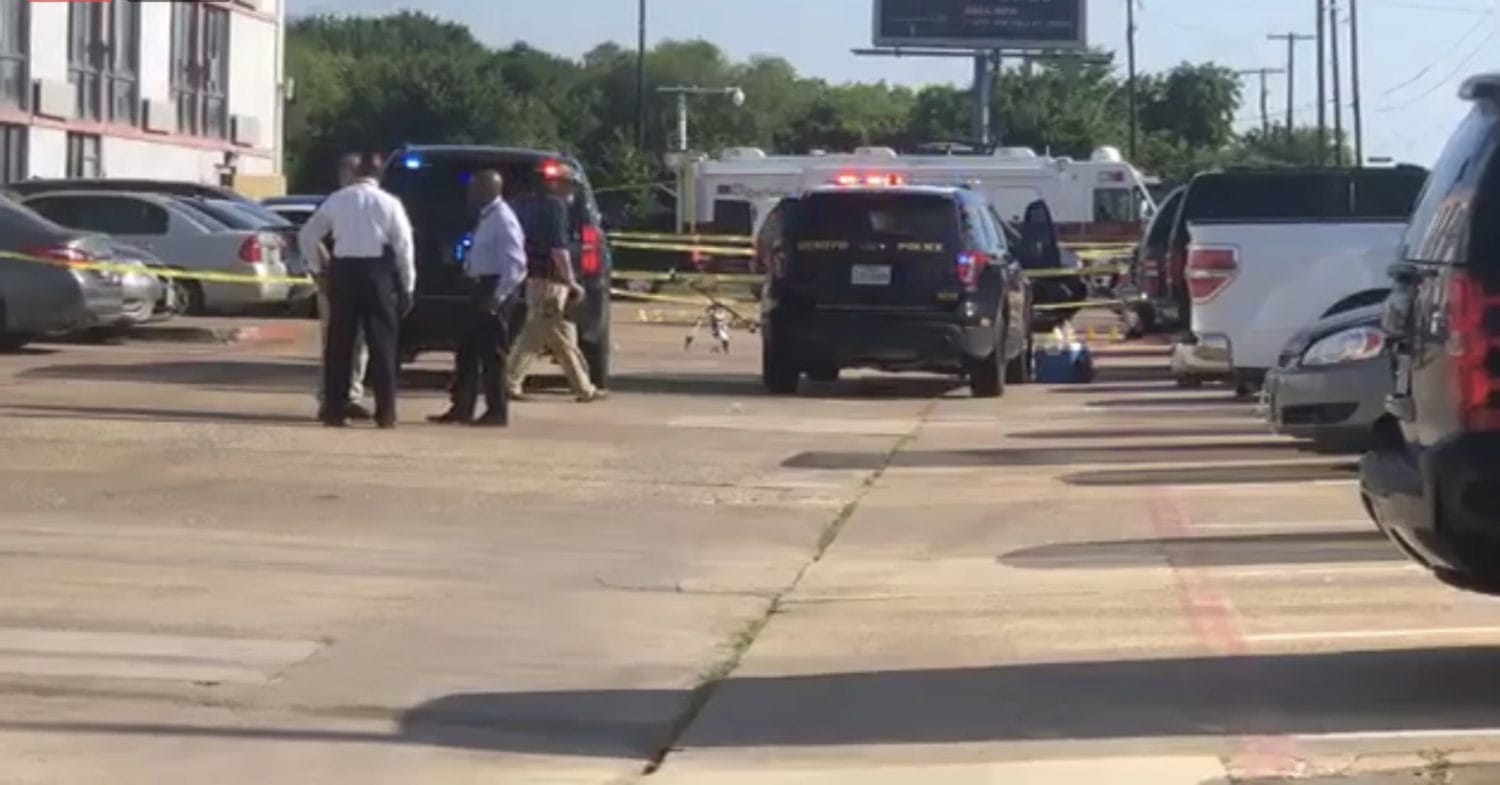