DESOTO—Focus Daily News Editor Joshua C. Johnson was honored for a third time by the Dallas Bar Association on Friday for Excellence in Legal Reporting.

Chosen as best in the Suburban Newspaper Division, Johnson penned a feature on an inspiring Lancaster Independent School District Police Officer. His entry: Lancaster ISD Police Officer Sparks Dialogue On Perception, Understanding was described by judges as a “Timely insight into interactions between police officers and young people. An extremely timely and relevant topic.”

In an era where tensions between minorities and law enforcement are at an all time high; one Lancaster Independent School District police officer sees a silver lining. While he is not a traditional educator, Sergeant Alvin Johnson takes advantage of these ‘teachable moments.’

“Law enforcement and Dallas are two things that I’m truly passionate about,” explains Sgt. Johnson who has since resigned the Lancaster ISD Police Department and is still very much involved in community policing. “It’s very disheartening to see such a divide between the two. That being the case every day I take it as a personal challenge to be the exception and a bridge builder to cross that divide. When I started my career 10 years ago I told myself that if you’re not a part of the solution you’re part of the problem, and that’s been moral compass every since.”

The Philbin Award now in its 35th year was named after acclaimed Media Law Attorney Stephen Philbin who was lost his battle to leukemia in 1982. The Philbin Awards were established in 1983 in his honor. Winners in each of the categories receive a $1,000 cash award, with the Grand Prize winner receiving a $1,750 cash award.

William McKenzie, of the George W. Bush Institute, and Keven Ann Willey, Dallas Morning News, retired, were the keynote speakers for this year’s Philbin Awards Luncheon held at the Belo Mansion. Before an audience of 150 lawyers, judges, and journalists these experts spoke on not only the continued need for responsible and transparent journalists but responsible readers as well.

“The press certainly has a responsibility to be fair and transparent,” said Wiley. “There is also responsibility of the reader to be informed and not emotionally driven. Fake news is not simply things that you don’t agree with.”

Chosen as best in its class Johnson’s series: Domestic Violence turns Deadly in DeSoto examined cases in August and October. A pair of domestic violence cases turned deadly, after women filed for divorce from their estranged husbands.

These stories rocked the community and brought attention regarding how altercations can turn deadly. Plus increase awareness about the long lasting repercussions, mentally, physically and legally.

Winning entries are selected based on the entry’s accuracy, contribution to public debate, educational value (as it relates to the legal system) and the journalist’s initiative in pursuing the story.

In 2013, he was honored for his series on the “Cedar Hill ISD Teacher Sex Scandal”. The series followed an alarming report that a Middle School Health Education teacher was allegedly having sexual relations with 7-8 eighth grade male students.

This story sparked a parent rally at a local church, a town hall meeting, proposed class action lawsuit and the arrest of two CHISD teachers and the firing of three. Just hours after the rally at Graceland Community Baptist Church, a fire erupted that destroyed the sanctuary. An ATF investigation eventually classified it as accidental.

“This series was important to me being a sexual assault survivor. To give voice to those victims who don’t realize that they were victims. Often time the stigma that is associated with male sexual assault victim causes them not to report these crimes and internally [and erroneously] deal with feelings of confusion and misidentify while the offender goes free,” said Focus Daily News Executive Editor Joshua Johnson. “This behavior is wholly intolerable.” 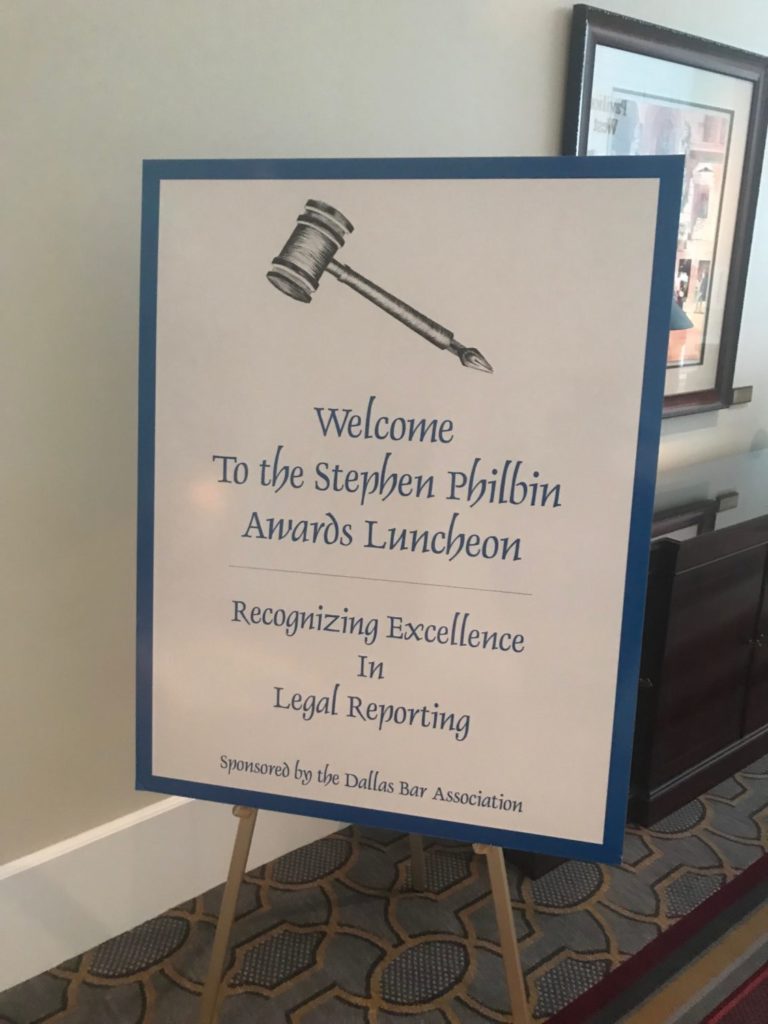 •Taking home this year’s grand prize award was the NBC 5 investigative team of Scott Friedman, Eva Parks, Jack Douglas, Jose Sanchez, Mark Ginther, and Frank Heinz for their report “Big Buses, Bigger Problems: Taxpayers Taken for a Ride,” which is investigative series that exposed corruption and staggering financial mismanagement inside Dallas County Schools, a taxpayer funded agency responsible for transporting more than 75,000 children to school each day. As a result of this 18-month long investigation, multiple actions were taken quickly and effectively to right these wrongs and to reorganize school busing in Dallas.

•Breaking News: Eric Griffey and Jeff Prince, Fort Worth Weekly, for their article “Flamed Out”

•Feature Article: Bruce Tomaso and Allen Pusey, The Texas LawBook, for their article “Wake Up the Pope!”

•Student Publication: Kyle Cotton, The Shorthorn at the University of Texas-Arlington, for his article “Firefighters file civil service lawsuit against the city”