The program included a live auction of tea for 40 at the Camp House, a cooking class for 50 in A Tasteful Place, a Butchart Garden package, a private event at the Dallas Arboretum and a gift from the heart. Dave Forehand, Dallas Arboretum vice president of gardens, also told attendees about the future of the gardens. Event co-chairs, Sharon Ballew and Mari Epperson, also served as Artscape co-chairs.

Alan Walne, Dallas Arboretum board chairman, said, “We are here tonight to recognize and honor individuals from our board, volunteers and Women’s’ Council who have contributed their time, talent and resources to help our garden grow and draw more than a million visitors from around the globe.” After video tributes of the honorees, they came up to accept their awards and give a few remarks.

Natives of Oklahoma, Tom grew up in Duncan and Phyllis in Blackwell. They met at The University of Oklahoma and married after graduation. Tom had a distinguished career in the oil business, and both of them were also involved in banking. Phyllis was a real estate salesperson, became a Master Gardener and wrote gardening articles for the local newspapers.

After retiring and turning the family business over to their son, Phyllis and Tom moved to Dallas where they both have been active in many organizations, including the Dallas Arboretum. They have been instrumental in the continued expansion and transformation of the Dallas Arboretum, funding the renovation of the Sunken Garden, providing the seed money for the Chihuly exhibition, as well as envisioning and providing funding and support for The 12 Days of Christmas celebration. Phyllis and Tom also purchased land for the parking garage and partially underwrote the initial loan for the project. They provided the money for the land purchase for the new greenhouses, paid for fencing, security, utilities, communications and a portion of the greenhouses with a challenge grant to encourage others to complete the greenhouse construction as it is today. The Dallas Arboretum Executive Committee voted to name the Horticulture Center and acreage in honor of them as a tribute to their generosity. The McCaslands are blessed with two sons, Tom III and Mark, and five grandchildren.

A native Texan, Sue joined the Women’s Council of the Dallas Arboretum in 2005 and served in numerous positions. As president in 2012-2013, Sue was instrumental in the continued growth for the funding of A Woman’s Garden. Designed by the Women’s Council, A Woman’s Garden is a gift from the organization to the Dallas Arboretum. This serene and nationally acclaimed garden is maintained by funding from the group.

During Sue’s tenure as president, the Women’s Council celebrated both its 30th anniversary of the organization and its 25th anniversary of the Mad Hatter’s Tea, the major spring fundraiser for the organization. She also incorporated additional focus on these monumental milestones with a special Chihuly event and the addition of more than 100 new members, bringing the membership to more than 600.

Her passion for community service extended to politics, music and her faith. She attended Highland Park Methodist Church where she founded the Jester’s Program, a theater program for adults 16 and older with special needs. Sue was married for 45 years to Brett, whom she met at the University of Texas at Austin while they were saxophonists in the Longhorn Band. She is survived by her husband and her son, Kyle.

Married for 52 years, Carolyn and Al Olson can be seen often at the Dallas Arboretum volunteering their time. Since they started volunteering in February 2004, they’ve contributed more than 9,300 volunteer hours. Retired from Exxon/Mobil, Al has always had a love of roses and has propagated and cultivated many new rose cuttings for the Arboretum. He has volunteered throughout the garden, but lately, he enjoys volunteering in the new Tom and Phyllis McCasland Horticulture Center, the new garden’s greenhouse, and on the Volunteer Advisory Board. Carolyn serves as an administrative volunteer for the Volunteer Department and on the Volunteer Advisory Board. Al has been a member of the board of directors, including the executive committee, from 2013 to 2018. He is a past chairman of the Dallas Arboretum Volunteer Advisory Board. This board coordinates the activities of more than 500 volunteers. In 2012, they both served as volunteer chairs when the Dale Chihuly Glass Exhibition debuted at the garden, and for several festivals. They have three grown children and six grandchildren.

Special thanks to the underwriters and sponsors: 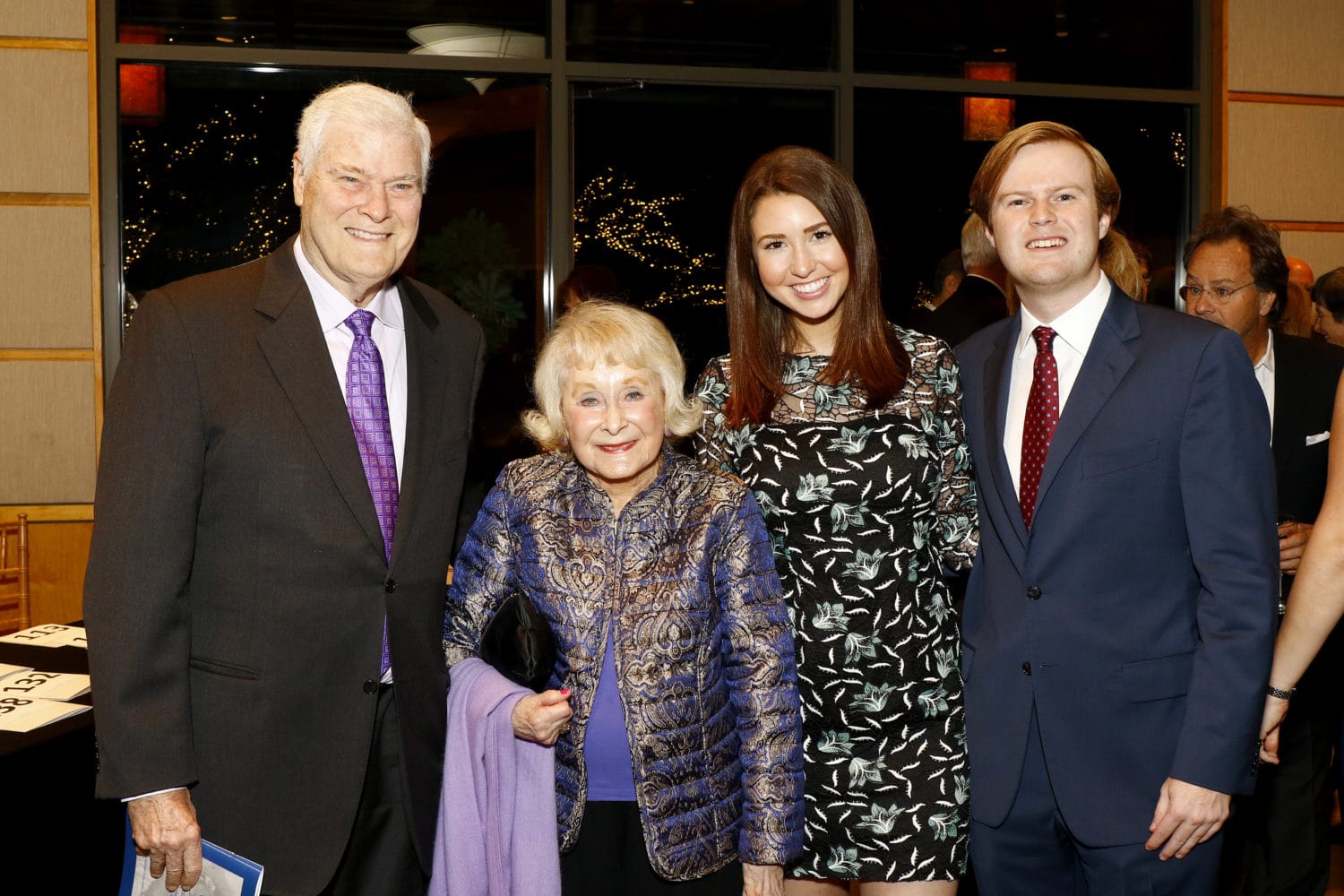