The must see game of the year did not disappoint. Duncanville Panther fans were excited as they hosted St. John College High School in Washington D.C. There was nothing but division 1 talent all over the field as college scouts salivated. On the field they saw nothing but blue chips making plays. The stands were packed with fans from all over the Dallas metroplex and Washington D.C.

Duncanville’s star player Ja’Quinden Jackson impressed fans as used his golden arm and fast twitch muscles to lead his team to victory. Jackson was able to pass for 221 yards and ran for an additional 74 yards. On one of Jackson’s runs he was able to dash right over a would be defender.

One of Jackson’s key playmakers was Roderick Daniels as he snagged eight catches for 134 yards. Running back Trysten Smith was also able to shake and blow past whatever was in his way for 110 yards on the ground. On one of Smith’s touchdowns, he flexed his muscle after he scored showing the fans Duncanville is Texas strong.

Duncanville did not have Jr linebacker Kendrick Blackshire for this game. However, that did not stop the Panthers defense vs St. John’s BYU commit So-Jay Maiava and his number one target LSU commit Rakim Jarrett. St. John was only able to muster 14 points in the game. St. John’s team defense did keep them in the game as their two blue chips showcased their talent. Clemson commit defensive lineman Tre’ Williams used his power and speed to disrupt the Panthers spread offense. He was able track down Ja’Quinden Jackson before he was able to get started.

Head Coach Reginald Samples was able to execute a flawless plan with a giant win in this early season. Duncanville continued to prove why they are number one in DFW and why they continue to illustrate that they are one of the best in the county.

The Panthers next game will be away at Berkner on September 27 at 7:30pm.

All photos by John Askew of Ask You Photos. 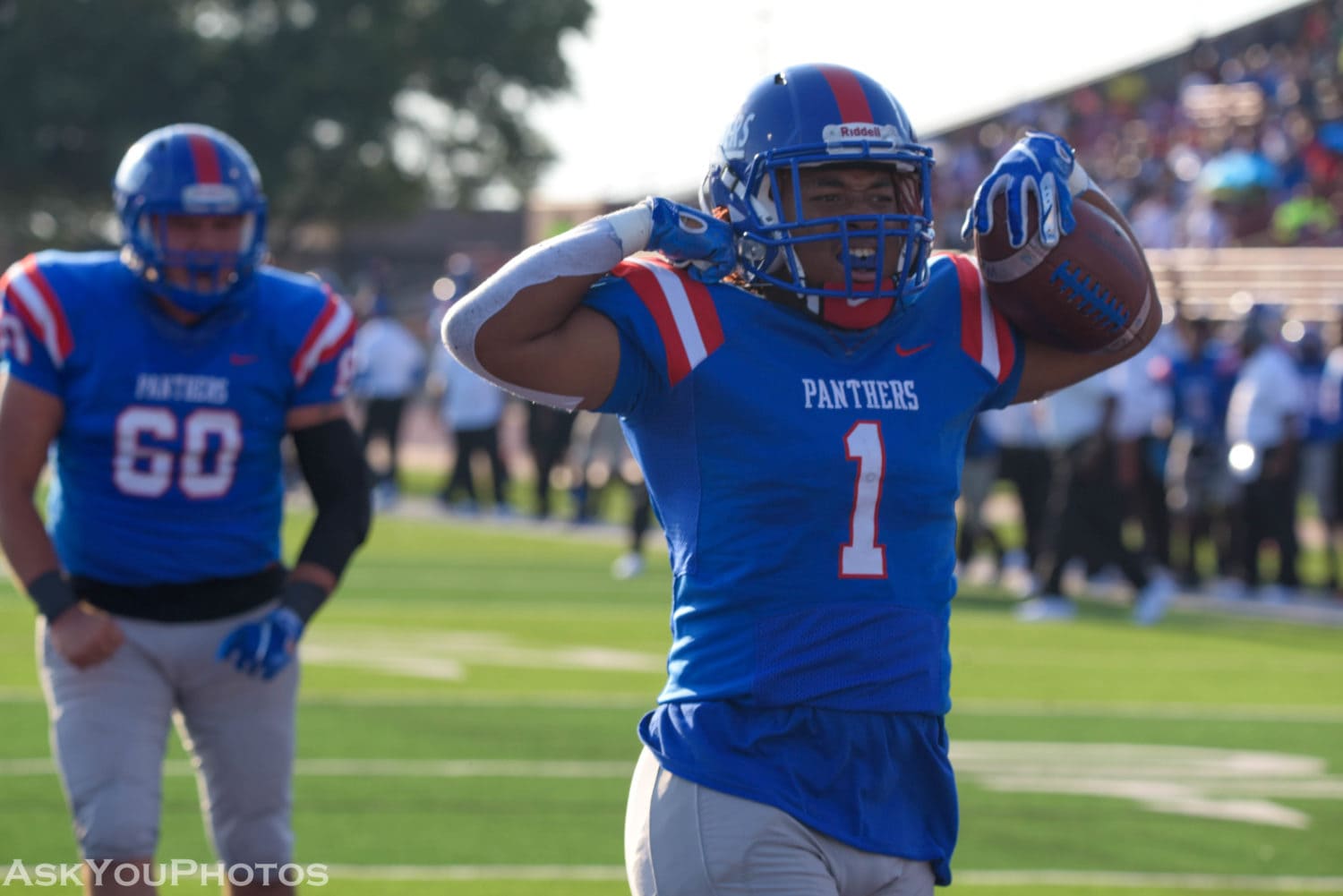