“We had eight seniors last season, and they had three head coaches in four seasons,” Johnson said. “We were able to start the foundation and set our standards. We were rebuilding our numbers and our knowledge of the game. The light bulb went off for our players as we were transitioning to the offseason.”

Johnson was pleased with the team’s offseason progress from October through early March.

Then, the COVID-19 Pandemic started and kept the team – and all teams – from practicing.
The Lady Longhorns returned to Strength & Conditioning Workouts last month, and they will resume on Monday.

Approximately 25 scholar-athletes participated, and they were divided into pods, in order to adhere to social distancing.

Tryouts begin on August 3. The Cedar Hill season opener is eight days later on Aug. 11 at Waxahachie Life. The Lady Longhorns will make their home debut on Aug. 18 against Hurst Bell and Harker Heights.

Johnson knows it may look very different than most seasons, with limited fans or possibly no fans in attendance at all.

Still, she is focusing on preparing the team to make strides this fall, with an emphasis on ball control, communication and discipline.

Jordan has received attention from a number of NCAA Division I Volleyball Programs, including Abilene Christian, Lamar and Prairie View A&M.

“I am looking for her to do great things this year, and she has improved tremendously during the offseason,” Johnson said of Jordan.

Johnson credits Berry with being the team’s defensive leader.

Gonzalez transferred to CHHS from an Irving ISD School last season. Therefore, she practiced the varsity squad but was unable to play in any varsity games.

Johnson called Gonzalez a “great leader” and is confident that she will be a game-changer for the Lady Longhorns.

With Jordan, Berry and Gonzalez leading the way, there will be several varsity newcomers this season.

One Point at a Time

“We will have a majority of juniors,” Johnson said. “And we definitely have a lot of room to grow. We work hard and have a competitive mindset on the court. We’re willing to win one point at a time.”

Johnson brings a great deal of volleyball experience to the sidelines. She was a three-year
varsity player at Crowley High School, near Fort Worth, where she earned Newcomer of the
Year and Setter of the Year honors. She played NCAA Division I College Volleyball at
Grambling State University in Grambling, Louisiana. She was named the 2009 All-Southwestern Athletic Conference (SWAC) Western Division Setter of the Year.

She worked as an assistant coach at Everman, in Tarrant County, before joining the Cedar Hill JV staff in 2018.

The Lady Longhorns are looking to return to the playoffs for the second time in three seasons. 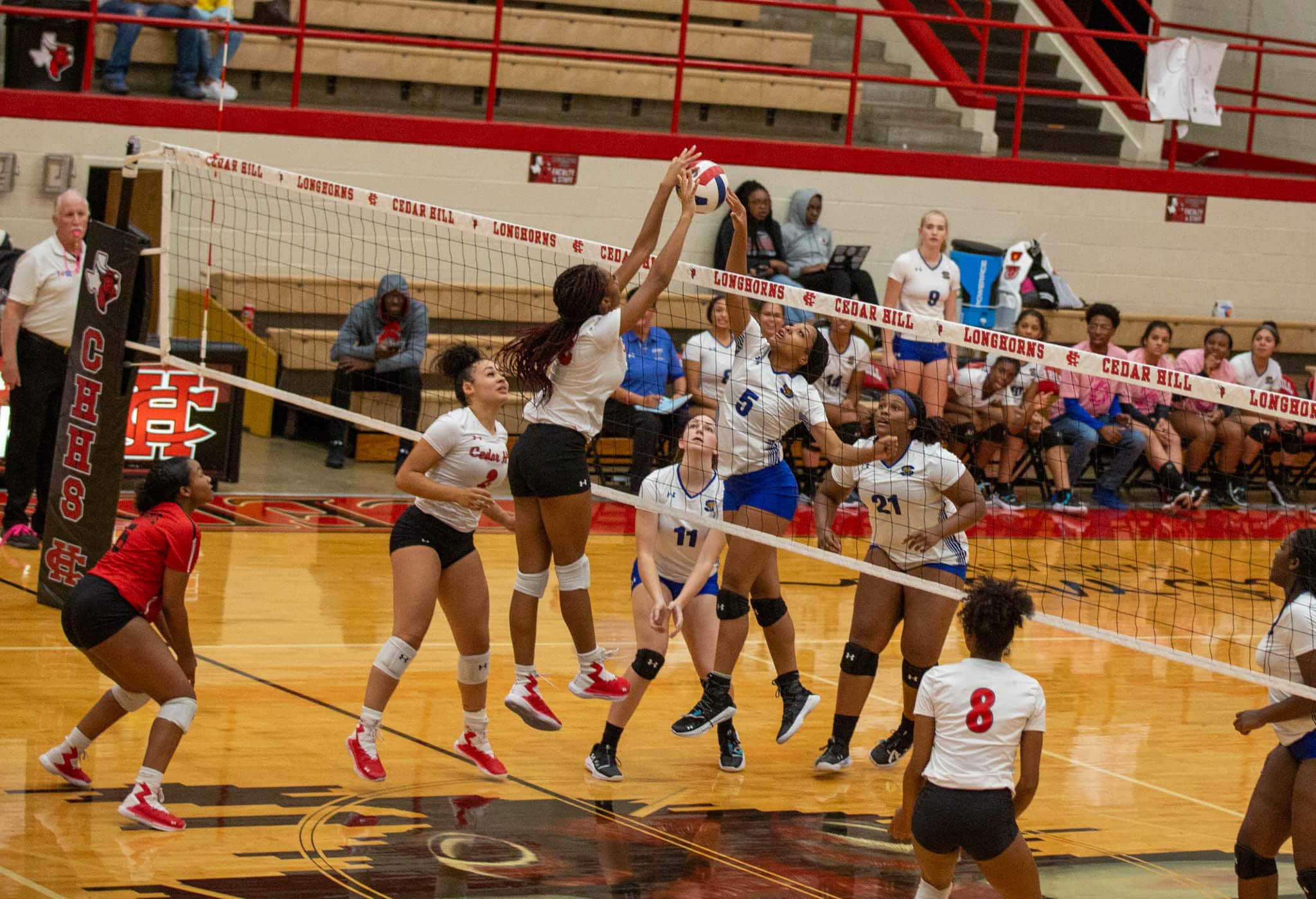