(CEDAR HILL, TX) It could be a pep rally, football game or marching band performance.

The bittersweet tears stream down Kevin Graham’s cheeks, and he is reminded of a remarkable journey that led him to Cedar Hill High School.

Graham, a longtime Cedar Hill resident, is incredibly knowledgeable about computers. He’s a valued member of Cedar Hill High School’s Career & Technical Education (CTE) Department, as the teacher for the Information Technology Pathway. He has a Master’s Degree from Southern New Hampshire University in Communications with an emphasis in New Media.

Freshmen through seniors who can’t get enough of Graham’s instruction in the classroom thoroughly enjoy his expertise as the Computer Club sponsor.

So what is the source of these aforementioned tears? It is a combination of sadness over what Graham missed as a youth and the joy of watching scholars enjoy those same extracurricular experiences today.

“When I go to their games and events, I get a chance to see what I missed out on,” Graham said. “Those who are having a hard time, please do not give up, because you’ll never get the time again.”

From Detroit to Cedar Hill

“When scholars hear I dropped out of high school between my freshman and sophomore years,” Graham said. “They can’t believe it. When scholars hear my story, they come back later and say what it meant to them. I was in a terrible circumstance at one time, but we overcame it and persevered.”

Graham’s mother worked full-time as a nurse’s aide which didn’t allow much time for the five children.

“My mother was a good parent, but she couldn’t work and deal with the things that I needed for school,” Graham said.

Graham said he lived about 45 minutes – by bus – from the nearest high school. Tardies were addressed punitively.

“My high school had a closed class list, and if you showed up late, the teachers closed their doors,” Graham said. “To get off of that list, you had to have your parents meet with the counselor. Today that would be illegal, but back in the early 1980s, that’s what they did.”

The circumstances surrounding those policies led Graham to drop out of school and accept a position with a fast food restaurant and later for an insurance company.

The idea of returning to school didn’t cross his mind. Graham was too busy trying to make it to the next day, and to help support his mother and siblings.

They were Graham’s neighbor in Detroit, a few years his senior and they’ve never visited Cedar Hill. But thanks to their encouragement of Graham 30+ years ago, they indirectly have a daily impact on Longhorn Scholars.

Sharon Clark was attending Northwestern University in Chicago and encouraged Graham to visit her in the Windy City. Once there, Sharon told Graham that the best path forward would be a General Equivalency Diploma (GED).

While she took classes at Northwestern and worked, Graham studied for the GED. He returned to Detroit and studied. Then, studied some more. He passed the GED Exam on the first try.

In Graham’s words, there was nothing fancy about the GED Graduation Ceremony, which took place on a weekday afternoon in a mostly empty Cobo Arena, which was then the home of the NHL’s Detroit Red Wings. His celebratory meal was a trip through the drive through of the fast food restaurant where he had worked.

Finding a college wasn’t easy. Several of the public universities in Michigan denied his application.

He had never traveled to Oklahoma but packed everything he owned and headed there in pursuit of a college degree.

As a private university, tuition was more expensive. Graham worked several jobs to pay the tuition and also had to come up with a major that he wanted to pursue.

Graham earned his bachelor’s degree in History with a minor in Sociology from ORU in 1998 – 10 years after he arrived in Tulsa. The accomplishment meant that Graham was the first member in his family to earn a college degree.

The graduation was a bit more pomp and circumstance than he recalled a decade earlier at Cobo Arena.

“I remember the speaker and the music, and it was a wonderful event,” Graham said. “It was probably one of the best days of my life because I finished my degree, and I tried to teach that to my students. Nobody can take that from you. It let me know that I can earn another degree, and I did.”

Graham felt that the entire experience was meant to be, as Graham met his wife in the ORU Library while employed in the university’s work-study program.

THE COMPUTER THAT STARTED IT ALL

Graham and his wife were living in Tulsa in the early 1990s, and in 1992, they sensed that the future would be driven by computers.

They agreed to use their tax return money that year to purchase a desktop computer.

“I remember going to Walmart to buy the computer at 9 or 10 p.m. at night, and we bought the tower, keyboard and mouse,” Graham said. “From that point on, I was hooked on technology. That is how I got my job with Bank of America.”

Graham and his wife took a weekend trip to Dallas, four hours southwest of Tulsa, to visit some friends.

Before they even crossed the Red River into Oklahoma, the couple looked at one another and had the same thought – let’s move to the Dallas area.

They packed that first computer into the U-Haul.

Graham began with Bank of America as a customer service representative, during his time in Dallas.

He climbed the proverbial leader and was promoted to Escalation Manager, which means that he was asked to work with frustrated or challenging customers. Then, it was on to Second-Tier Escalations.

“If Escalations couldn’t handle the call, they asked me to handle it,” Graham said.

Before long, Graham became a training manager for Bank of America and traveling to locations he had only dreamed of visiting, such as Glacier National Park in Montana.

“That work introduced me to teaching, which is some of the most fulfilling work a person can do,” Graham said. “As a teacher now, I get to help the next generation and pay it forward.”

In 2002, the Grahams purchased a home in Cedar Hill.

“Our realtor showed us five houses, and we liked the one in Cedar Hill,” Graham said.

The Grahams are the parents of two Cedar Hill ISD scholars – one at Waterford Oaks Elementary and one at Bessie Coleman Middle.

Graham was very involved in the Parent-Teacher Association at Waterford Oaks over the years. His experience led him to consider working for CHISD at the secondary level.

“I’m so glad and grateful for this job,” Graham said. “I appreciate the opportunity that Cedar Hill ISD has provided me. I want to be the type of teacher that scholars will remember when they think of their school days. I hope they remember how much I cared about them.” 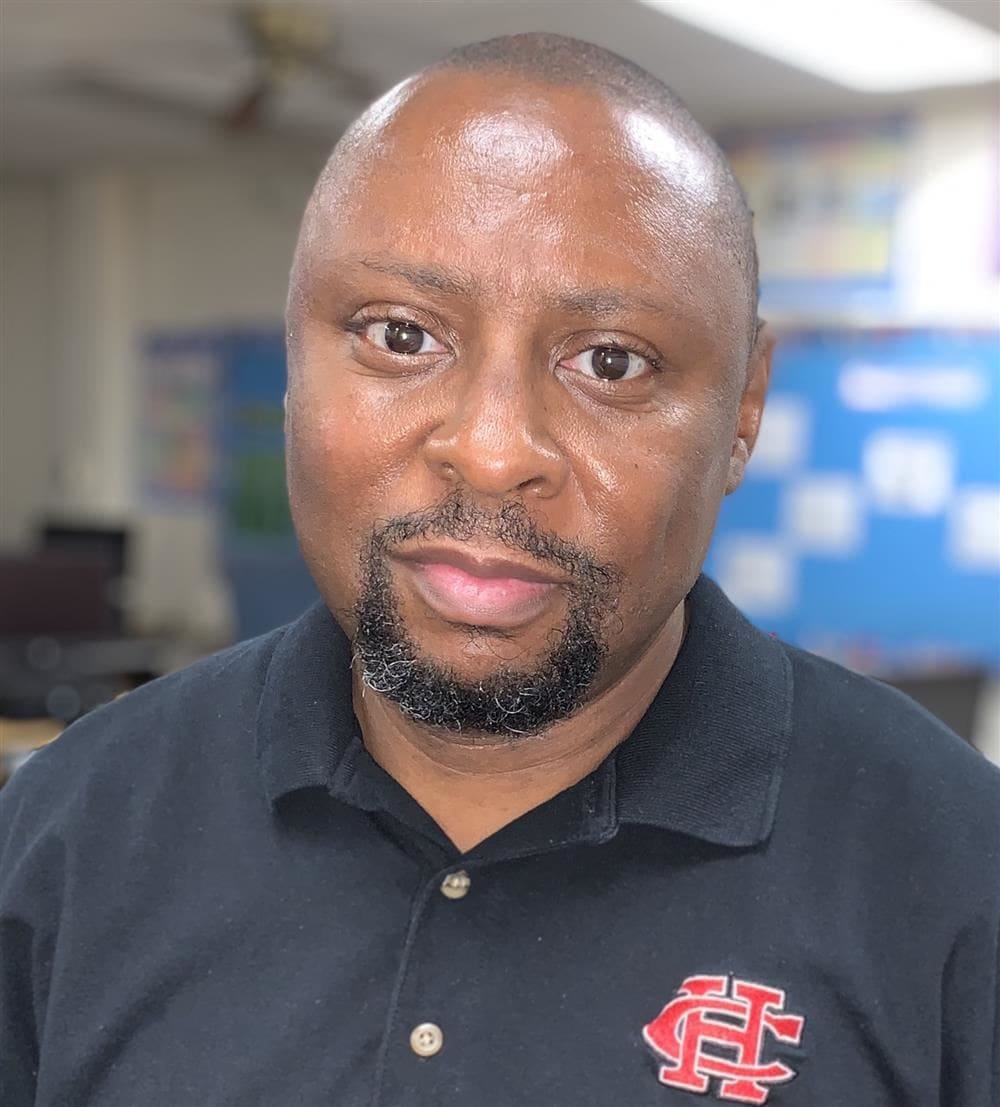