Celebrate The Great Pumpkin With Autumn At The Arboretum

Presented by Rogers-O’Brien Construction, Autumn at the Arboretum features a marigold-covered Great Pumpkin. Search for topiary characters like Linus, Sally and Franklin in the pumpkin patch. Snoopy and Woodstock topiaries lounge on top of his dog house. Lucy gives garden advice at her advice booth, and Schroeder stands near his giant topiary piano.

Snap selfies with Charlie Brown, Peppermint Patty, and Marcie; or get lost with Pig Pen in the hay bale maze. Catch the Peanuts Gang at their gourd decorated school house for the annual autumn carnival. The dallas Arboretum fall festival features a tapestry of autumn colors, with 150,000 flowers accented by pumpkins, gourds and squash.

Dallas Arboretum’s board chairman Alan Walne said, “Known for amazing and creative displays, our 50-member horticulture team creates an awesome Pumpkin Village display where more than 250,000 people visit during Autumn at the Arboretum. They experience the garden in its fall glory, walk in the pumpkin houses, and enjoy the programming throughout the garden.”

Visitors to Charlie Brown’s Pumpkin Village will find a 15 feet tall ‘Great Pumpkin’ topiary, filled with 4,500 quarts of marigolds. Then encounter Linus, Franklin and Sally topiaries looking through the pumpkin patch; and Snoopy’s Doghouse made of pumpkins. Snoopy and Woodstock are greeted by Linus and Sally in a pumpkin mosaic.

Inside a 10 foot pumpkin house, a Lucy topiary offers therapeutic garden advice inside her new “Garden Advice Hut.” A Schroeder topiary stands next to his giant topiary piano made up of stunning impatiens. Charlie Brown, Peppermint Patty and Marcie topiaries hang out behind the Iconic Brick Wall. Visitors will find the Peanuts Gang School House in the village. There’s also a multi-gourd decorated house for Autumn Carnival; a Haybale Maze to get lost with Pig Pen topiary; and that dreaded Kite Eating Pecan Tree!

Charles M. Schulz first introduced the Peanuts characters in 1950, when the Peanuts comic strip debuted in seven newspapers. Since then, Charlie Brown, Snoopy and the rest of the Peanuts gang have made an indelible mark on popular culture. Peanuts animated specials and series air on major networks and streaming services, including ABC, Cartoon Network and Boomerang in the U.S., Family Channel in Canada, and the WildBrain network on YouTube worldwide. 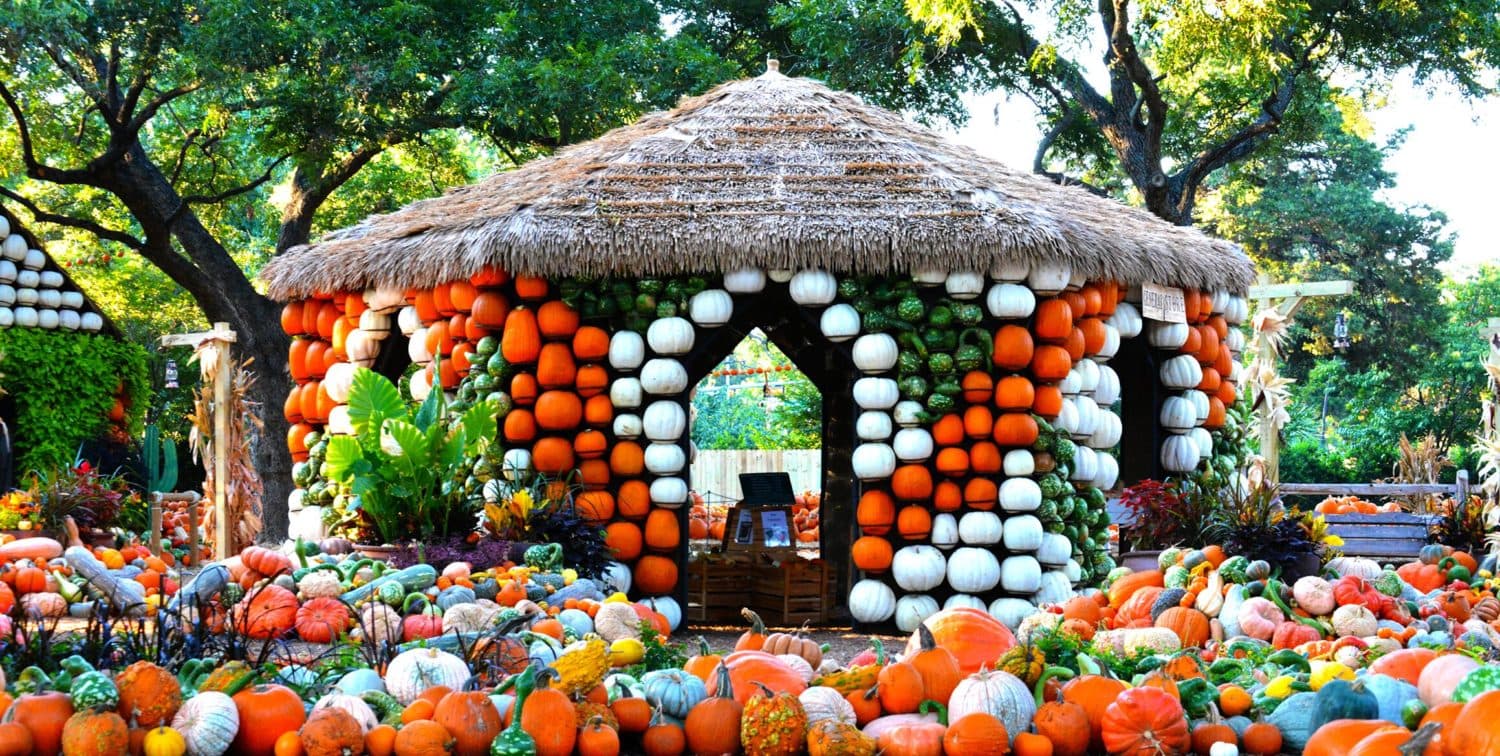