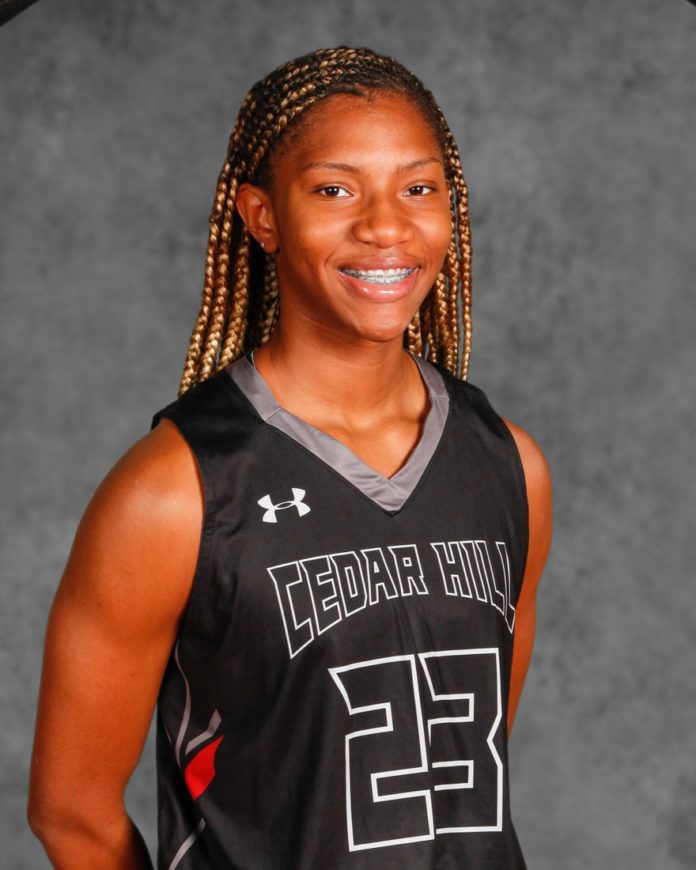 She was rewarded for her hard work and dedication when she was named District 7-6A Defensive Most Valuable Player, First Team All-District and Academic All-District.

Hutton led the Lady Longhorns (31-10) to their best finish in 10 years. They reached the Regional Championship Game, falling to eventual 6A State Champion, Duncanville, 56-54.

“I’m so proud of Anzhané,” Cedar Hill Head Girls Basketball Coach Nicole Collins said. “It’s such a huge accomplishment of representing Cedar Hill as one of the top players in arguably one of the toughest districts in the state.”

Hutton has signed with Howard University, an NCAA Division I University located in Washington D.C. The Bison compete in the Mid-Eastern Athletic Conference (MEAC).

Junior Portia Adams joined Hutton on the First Team All-District and senior Ivonia Smith joined her on the All-Academic Team.