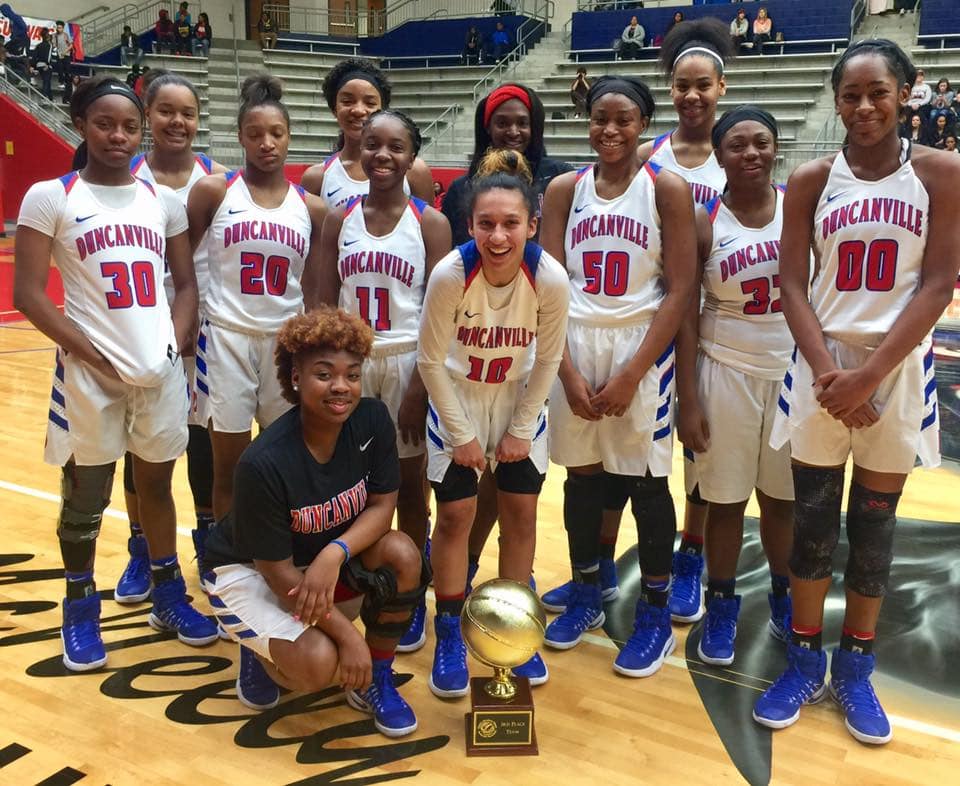 The Duncanville Pantherettes, whose head coach is now Cathy Self-Morgan, have seven state championships to their credit. Former players Tamika Catchings and Tiffany Jackson went on to play in the WNBA.