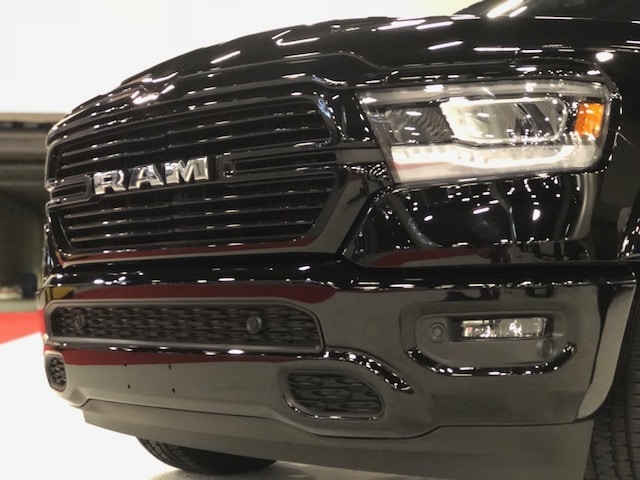 There is a lot to love in Miami, and the most evident right now is the Miami International Auto Show. I visited the newly renovated Miami Beach Convention Center during media days and am sure that local visitors to the show will love not only the $620 million dollar improvements to the Center but also the hundreds of 2019 vehicles on the 1,400,000 square feet inside.

Nissan kicked off the festivities by giving back to the community with the unveiling of their new Ultimate Service Titan. Part of the Calling All Titans campaign, the company donated this one-of-a-kind service vehicle to the American Red Cross for use in disaster relief during and after hurricanes as well was to serve as a mobile command center with complete first aid capabilities.

“As we’ve seen time and time again, unfortunately it’s not a matter of “if” disaster will strike, it is when,” said Jeremy Tucker, vice president Marketing Communications and Media, Nissan North America, Inc. “And when it does, the American Red Cross and its volunteers have proven to be dependable – just like the Titan and our consumers. We hope this Ultimate Service Titan, created in lockstep with the specific needs of the American Red Cross, will help them continue to be a great example of how a Titan of the Community can truly make a difference.”

The excitement did not stop with the Ultimate Titan. Vehicle introductions to the media began at an FCA sponsored breakfast in which we were treated to the introduction of the Jeep “Nacho” Wrangler concept. Jeep recognizes how much Wrangler customers love modifying their vehicles and the Nacho contains more modifications than any Jeep I can remember. The good news is that 90% of the special “attachments” that can be added to the Nacho are currently available for those wishing to create their own special “chip.”

A real highlight for me was the introduction of the new Ram trucks. We were especially in love with the Maximum Steel Metallic paint on the new 2019 Ram Rebel on display and pleased to know it will be available on other Ram models. We have been lusting after the Southfork Ram since we first drove one. The new 360 degree camera available on most new Rams makes it a sure thing to add to our garage should finances ever match desires.

The Nissan Altima has always been one of my favorite sedans. The SAMA voters agree with me, naming the Altima the “Car of the Show.” They selected the all-new Ford Ranger as the “Pickup Truck of the Show.” The overall “Star of the Show” selected by the Southern Automotive Media Association was the 2019 Genesis G70 with the Essentia Concept gullwing doors.

Besides a showroom floor full of 2019 new vehicles, visitors will love a full line of classics on display for all to enjoy as well as the popular Havana Classics exhibit, headlined by a 1958 Mercedes-Benz 300d. The Mercedes was the state sedan of Cuba’s president before the Castro revolution, Fulgencio Batista. The show has taken place every year since 1971 with the exception of last September when Hurricane Irma forced the cancellation of the show. It is sponsored by the South Florida Automobile Dealers Association.