CEDAR HILL—Community gardens aren’t a new concept. Cedar Hill has experienced success with the Zula B. Wylie Public Library Community Garden. Cedar Hill residents have integrated the garden on site even if gardening is not an expected library activity.

Recently the City of Cedar Hill donated two new spouts and hoses to the garden. Mary Kent, one of the original gardeners said it has made plants thrive.

The educational plot called the Children’s Garden is a great success. It’s incorporated into a learning program at the library where kids learn about where food comes from, while actually getting their hands dirty.

The Zula B. Wylie Public Library Community garden began as 10 plots measuring 4 feet by 8 feet in raised garden beds in 2012. Four years later and the community garden has doubled to 20 plots.

Aranda Bell, Adult Services Coordinator at the library, said there are about 28 community gardeners. With the fall season, seasonal fruits and vegetables being grown include kale, lettuce, peppers, squash, herbs and tomatoes.

Kent said she personally grows basil, rosemary and Swiss chard on her plot.

“This is a wonderful idea for the community to learn about organic food and to grow their own food,” Kent said.

There are also two plots exclusively dedicated to the Cedar Hill Food Pantry. Bell said that approximately 35 percent of the harvest from the garden is donated to the food pantry each month.

Gardeners are allowed to grow whatever bounty they choose and the plots are free. However, Kent says, budding gardeners need to sign a contract stating they will keep their plot weeded. Basic gardening tools and water hoses are provided, and the soil is all organic.

“This is a nice thing for the community to participate in,” Kent concluded.

The Zula B. Wylie Public Library community garden received recognition in 2014 when it received the Texas Library Association Wayne Williams Library Project of the Year Award. The library was chosen out of over 500 Texas public libraries to receive the award given in recognition for the Cedar Hill community garden project.

Books in the Garden

The Zula B. Wylie Public Library’s children’s garden served as the model for the Cedar Hill ISD school garden project and Bell said “There are six plots at Lake Ridge Elementary and they used our garden as a model and also received a grant in 2013 for the garden.” 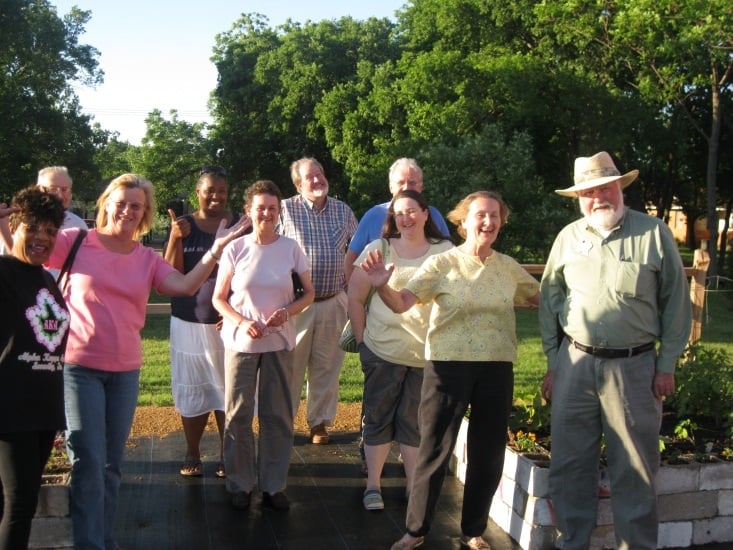