Home Entertainment The Zookeeper’s Wife A Tale Of Polish History

During the German invasion, Antonina and Jan Zabinski saved hundreds of people and animals with the Warsaw Zoo. “The Zookeeper’s Wife” is a thoughtful film that tells the story of a very tragic time in Poland’s history.

The Zookeeper’s Wife stars Jessica Chastain in one of her best-ever performances as the title character, Antonina Zabinska. She is a devoted wife, mother and animal lover, happily helping her husband (Johan Heldenbergh) care for the thriving Warsaw Zoo and its creatures.

Zookeeper’s Wife opens in the summer of 1939, shortly before their Polish city was invaded—and eventually destroyed—by the German army. The Zabinskas are then forced to report to Lutz Heck (Daniel Bruhl), named by Hitler as Chief Zoologist for the Third Reich. Heck’s plans for the zoo don’t include good treatment of the animals; far from it. Although he obviously lusts after the lovely wife of the zookeeper.

Claiming to just follow orders, Heck is primarily interested in trying to breed an extinct oxen, Eurochs, through their Bison. Meanwhile their best stock, including some lions, tigers and zebras, are shipped back to his Berlin Zoo. Animal lovers be warned, there are some shocking, disturbing images of creatures being killed.

The couple bravely decide to fight back by joining the underground Resistance forces. They also work to save the lives of over 300 men, women and children from the Warsaw Ghetto. The Jewish people living in the ghetto were the first to be cruelly treated by the German army. With its occupants ostracized, then starved, then beaten, killed or forced to leave for concentration camps, the Nazis eventually burned the Warsaw Ghetto to the ground. In punishment for an uprising, the entire city of Warsaw was also destroyed before the end of the war.

While “The Zookeeper’s Wife” made me gasp, cringe, and even shut my eyes a few times, I wouldn’t have missed the experience. We must never forget the lessons of history, even those that are almost too painful to watch. Many Polish families were executed by the German army for providing assistance to Jews, so the risk taken by this couple was enormous. After the war, nearly all the 300+ refugees saved by the zookeeper and his wife survived WWII. These survivors were able to tell their story, and years later Dr. Zabinska and Antonina were honored by being named Righteous Among the Nations.

Distributed by Scion Films, the drama is rated PG-13 for “thematic elements, disturbing images, violence, brief sexuality, nudity and smoking.” Based on the bestselling book by Diane Ackerman, the script was written by Angela Workman, and the film is directed by Niki Caro. “The Zookeeper’s Wife” opens in North Texas March 31. 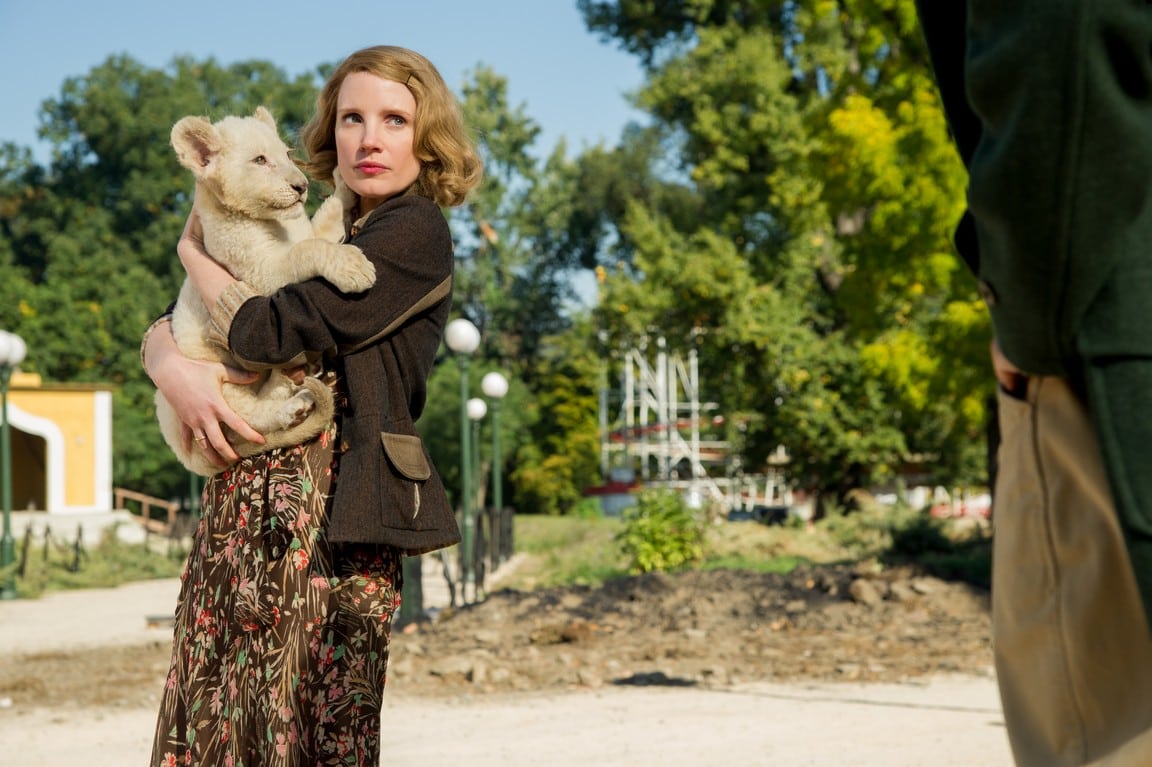