Chris Lacey looked out in wonder at the crowd gathered in front of Mansfield High School on Friday afternoon.

Hundreds of people of all races had gathered to protest racism.

“The irony of this is that in 1956 there were three effigies hung at Mansfield High School,” said Lacey, an officer in the school’s Black Student Association, which organized the protest march.

Lacey referenced the effigies that were hung from the old Mansfield High when three African American students attempted and failed to integrate the then-segregated high school.

Lacey said they group put out the word on social media and hoped that maybe 20 people would come. Approximately 2,000 people showed up, at one point stretching almost the entire 2.4-mile route from Mansfield High School to Mansfield’s City Hall.

Unlike some other recent marches, there was no violence at the Mansfield march. City and school district police, including Police Chief Tracy Aaron, marched alongside the protesters.

The only real problem seemed to be the 90-degree heat, which sidelined several along the route, even as volunteers handed out water at several stops.

Pastor Michael Evans of Bethlehem Baptist Church said he was marching to support the students.

“These are sweet kids who just want their voices to be heard,” Evans said. “They don’t want the next generation to go through this.”

“I’m hoping that we are able to gather as a kaleidoscope of people who understand basic human principles of human decency,” Evans said. “No matter the color of our skin, we deserve to be treated properly. Basic human dignity is owed to everybody.”

Pastor asks parents to watch over students during the march

Before the march, Evans took the microphone at Mansfield High School and prayed for the demonstrators, asking the parents to watch out for the students.

“We’re not going to let anybody hijack this movement,” he said. “We’re going to hang out of in the periphery and keep our heads on a swivel.”

The march, like others in all 50 states, was held in response to the death of George Floyd, a 46-year-old African American man who died while a Minneapolis police officer knelt on his neck May 25. Floyd had been arrested after being accused of using a counterfeit $20 bill. He has handcuffed face down in the street while the police officer, Derek Chauvin, pressed his knee on Floyd’s neck for almost nine minutes, despite Floyd’s pleas that he couldn’t breathe and onlookers’ protests.

“What people saw nine days ago, that’s my reality,” Evans said. “I don’t know an African-American male that doesn’t have a story about being stopped. We’re one community saying, ‘Enough is enough.’”

“Mansfield is a great city,” said Zhivonni Cook, public information officer for the Mansfield police. “We have a great relationship with all the residents and expect a peaceful march. We have had several gatherings already, so peaceful. Our officers went to the demonstration at Holland and Broad and delivered water.”

“The thing that happened in Minneapolis was appalling,” Cook said. “(The protesters) just want to get out and have their voices heard. We believe in these peaceful protests that demand reform and bring meaningful change. We will make every effort to keep the participants safe while they are exercising their rights.”

Note: Help us continue bringing you independent local news by subscribing to our e-edition, only $10 for the year. 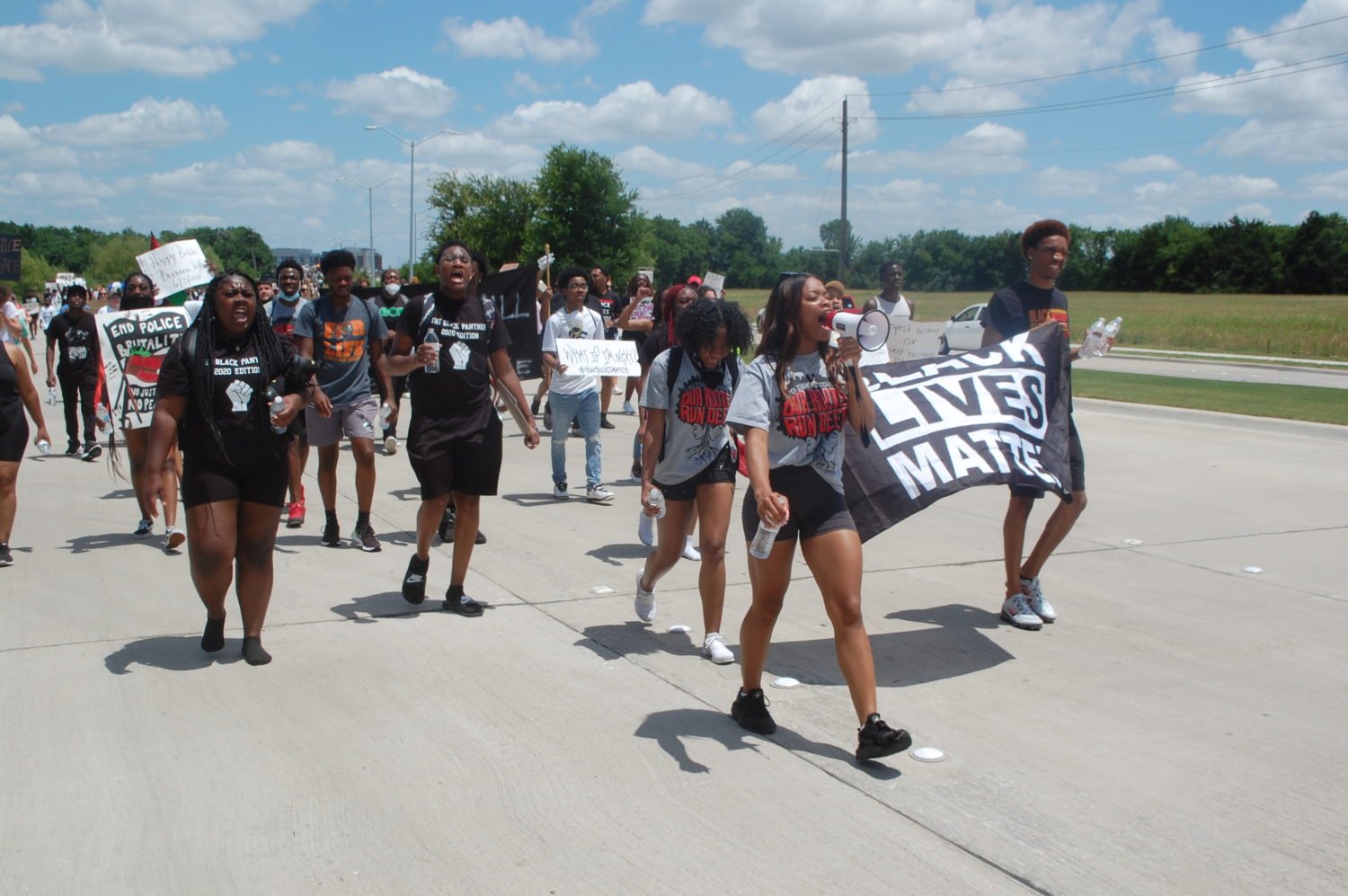