Home Entertainment The Curious Incident Of The Dog In The Nighttime Now Playing In... 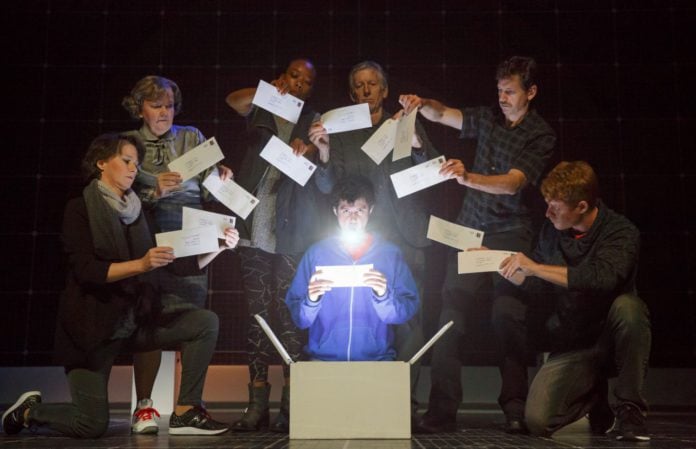 A play that’s won multiple awards is onstage at Winspear Opera House through Jan. 22. The Curious Incident of the Dog in the Nighttime is written by Simon Stephens, adapted from Mark Haddon’s best-selling novel.

Tickets for the national touring production, directed by Tony winner Marianne Elliott, start at $25. Tickets are available for purchase online at www.attpac.org or by calling 214-880-0202. Tickets are also available at the Box Office at the AT&T Performing Art Center on Flora Street.

See The Award Winning Play Everyone Is Buzzing About

While the title is a tad confusing, the plot revolves around 15-year old Christopher. He is exceptionally intelligent but socially backward, unable to cope well with everyday life. After being suspected of killing his neighbor’s dog, Christopher sets out to find the true culprit. This journey leads to an “earth-shattering discovery” that will change his life.

The Curious Incident of the Dog in the Nighttime transferred to London’s West End, following a sold-out run at the National’s Cottesloe Theatre in 2012. The production received seven 2013 Olivier Awards, including Best New Play and continues to play to sold-out houses at the Gielgud Theatre in London.

Mark Haddon’s novel The Curious Incident of the Dog in the NightTime was published in 2003. It was the winner of more than 17 literary awards, including prizes in the US, Japan, Holland and Italy. The novel also received the Whitbread Book of the Year Award in the UK in 2004, and has been translated into 44 languages.