Sen. Cruz Hosted A Round-table With Area Chambers of Commerce

RICHARDSON—U.S. Sen. Ted Cruz, R-Texas, participated in a business round-table with the Richardson, Oak Cliff, DeSoto, and Cedar Hill Chambers of Commerce on Thursday. During this luncheon, he discussed rolling back burdensome federal regulations on small businesses and paving the way for a thriving economy in the state.

“Texans understand that economic growth doesn’t come from Washington,” Sen. Cruz said. “Government agencies do not drive the economy. Entrepreneurs all across our great state create jobs and expand our economy. We’ve got to lift the burdens Washington imposes on them so they can continue to grow their businesses. In Texas, whether you’re a Republican or a Democrat, you understand that people want jobs. I’m working every day in the Senate to remove regulatory red tape so that businesses of all sizes can continue to thrive.”

According to statistics from the Texas Workforce Commission, employment statewide grew by an estimated 21,400 non-farm jobs in August. The state has added jobs in 16 of the last 17 months. Texas’ seasonally adjusted unemployment rate increased to 4.7 percent in August, up slightly from 4.6 percent in July, but remained below the national rate of 4.9 percent.

“The jobs come from you guys. The job generators are sitting around this table. It’s small business, it’s entrepreneurs and it’s people putting capital at risk,” Cruz said during his opening remarks. ” We also know that the best levers for job creation on behalf of the government are tax reform and regulatory reform — reducing the burden of Washington on small business.”

“There are approximately 470,000 small businesses in Texas and they employ nearly half of the state’s private workforce,” she said

The Texas Workforce Commission (TWC) Skills for Small Business program announced $2 million in funding to support collaborations between Workforce Solutions partners and small businesses. Businesses with fewer than 100 employees can apply to TWC for training offered by a local community or technical college, or the Texas Engineering Extension Service (TEEX). 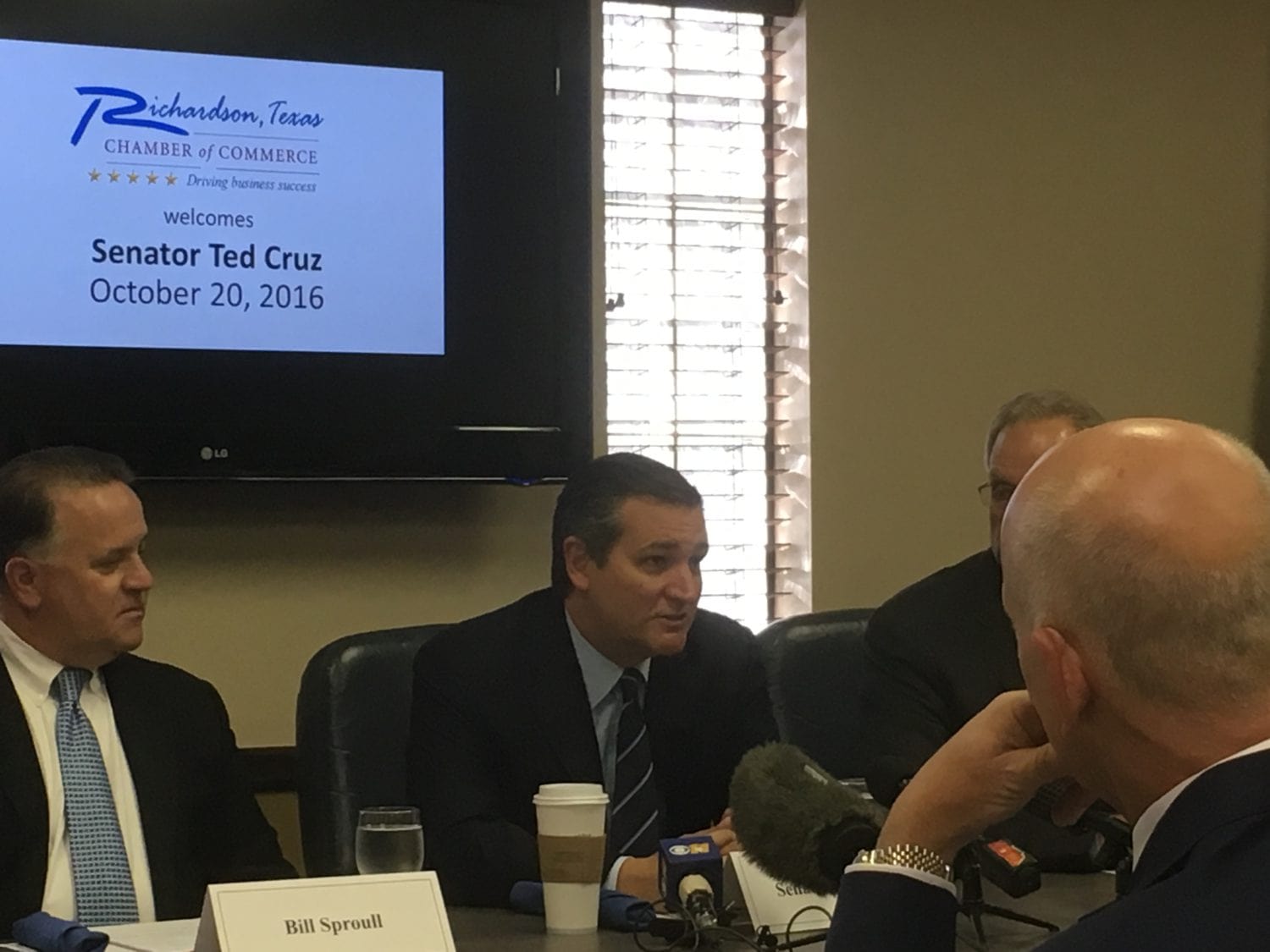