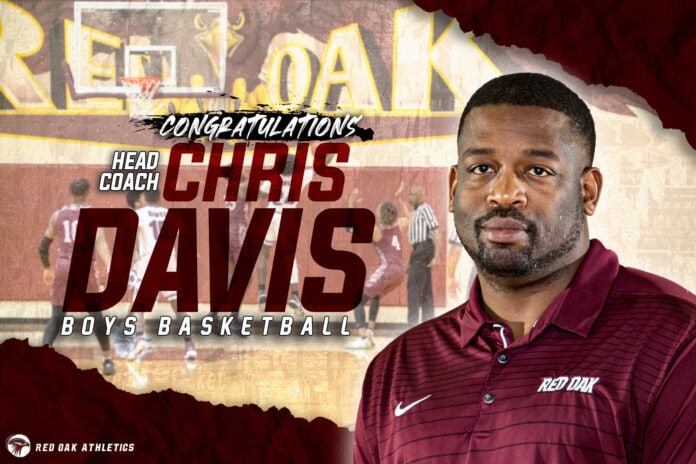 He was the nation’s 14th leading scorer that year and the second-leading freshman scorer in the country. As a junior, he turned in his best season at North Texas and became the first player in school history to lead the team in scoring, rebounding, and assists in the same season. That year Davis was a unanimous pick to the first-team all-conference selection and was named to the second-team District 9 squad by the National Association of Basketball Coaches. He scored 22.5 points a game that year and finished the season ranked No. 9 in the NCAA in scoring.

Coach Davis played professional basketball for ten seasons in France before beginning his career as a coach and teacher. Coach Davis is married to Tamika Davis and they have three children Breanna, Ciarra, and Chris Jr.

The 2021 Red Oak Boys basketball schedule has not been released as of yet, stay tuned for more details.