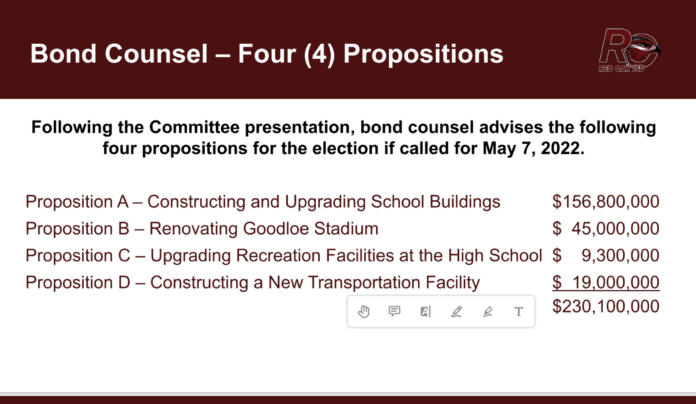 Committee members spoke at the meeting with one saying, “If you don’t believe it [the need] take a tour of the district and it will open your eyes.”

Other mentioned subpar facilities, UIL issues with the sports areas, which could cause economic problems in the future. While another committee member spoke about the district ADA violations adding, “The district has done an amazing job with facility maintenance, we are at a point where they can’t keep putting maintenance in it.”

The total for all the projects the Planning Committee thought necessary for the ISD’s future growth came to $230,100,000.

It was also pointed out the overall tax rate has decreased over the past three years, currently at $1.3256.

Campuses At or Over Capacity

The Committee summation included that “Nearly all schools are close to full capacity or are already over capacity, students are spending too many educational hours in transit, Goodloe Stadium is in danger of being unusable, the transportation building and parking lots are inadequate and many other areas need attention too.”

The Transportation building and parking lots will require $19 million for a new facility.  At the moment flooding issues have been reported, thus the recommendation is for a new facility. The current facility is too small for the number of employees passing through each day, restrooms, training, gravel bus parking, a lack of necessary maintenance space, fleet washing, insufficient parts storage bay capacity and fuel storage.

It was also presented there is the need for elementary playgrounds to have ADA accessibility, the middle and high school students share the track at Goodloe. The high school needs more indoor practice space for multiple organizations, energy management upgrades and a current middle school safety and security program, these latter two items for a total of $3.8 million.

Another $28 million for elementary school additions to Wooden and Eastridge. Expansion would address growth needs in the district for the next 5-10 years of projected enrollment. Funds include adding eight new classrooms to each campus, plus a new kitchen and cafeteria for each campus at $14 million apiece. 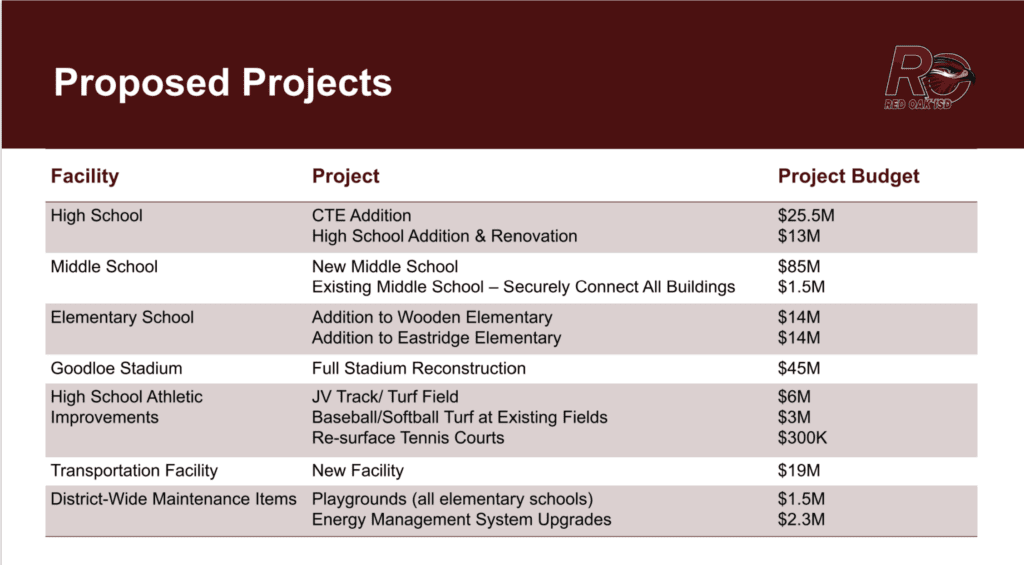 Staff noted “On average, a district of our size has a bond election every five to six years. Nearly all ROISD schools are close to full capacity or are already over capacity with current zoning.” 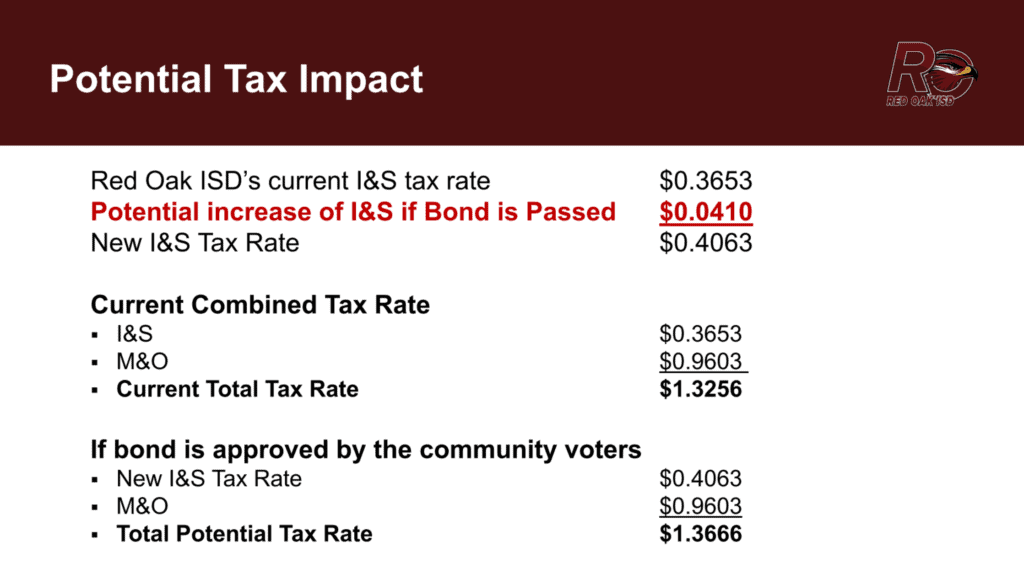 Tonight, Red Oak ISD has a regularly scheduled board meeting with the bond propositions on the agenda.

Watch it LIVE at https://www.youtube.com/watch?v=UnDxyMfAROI