Duncanville rolled over South Grand Prairie 45-14 in a Class 6A Region I Division I bi-district round playoff game Friday night at Panther Stadium.

On the next drive, Duncanville was able to replicate another long run but this time it was running back Trysten Smith using his quickness for an 87-yard touchdown run. No matter what play call South Grand Prairie Coach Whitson used, the Panthers front 7 were able to conjure up mayhem every time.

In the second half, it seemed looked like the Warriors were going to see a repeat of the first half of the game, but South Grand Prairie was able to show some life, scoring a touchdown on a 20-yard pass from Drake Logan to Deamikkio Nathan to cut the lead to 38 points.

Coach Reginald Samples was able to allow his young Panthers to get some needed experience in the second half. Backup quarterback Chris Parson did a good job, keeping the lead for the Panthers win.

South Grand Prairie finished its season with a 5-6 record and the Duncanville Panthers (11-0) will move on to play Flower Mound (8-3) at AT&T Stadium at 3 p.m. Saturday.

DeSoto powered through to down Skyline 55-53 at the Forester Athletic Complex on Friday night. DeSoto will tackle Southlake Carroll at 4:30 p.m. Friday at AT&T Stadium.

The Longhorns dropped Richardson 38-20 on Friday night. Cedar Hill will take on Denton Guyer at noon Saturday at AT&T Stadium.

Lancaster vs. The Colony

Lancaster blew by The Colony 44-29 Thursday and will meet McKinney North at 7 p.m. Friday.

Newman Cedar Hill got by Inspired Vision and will meet Pro-Vision Academy on Saturday. 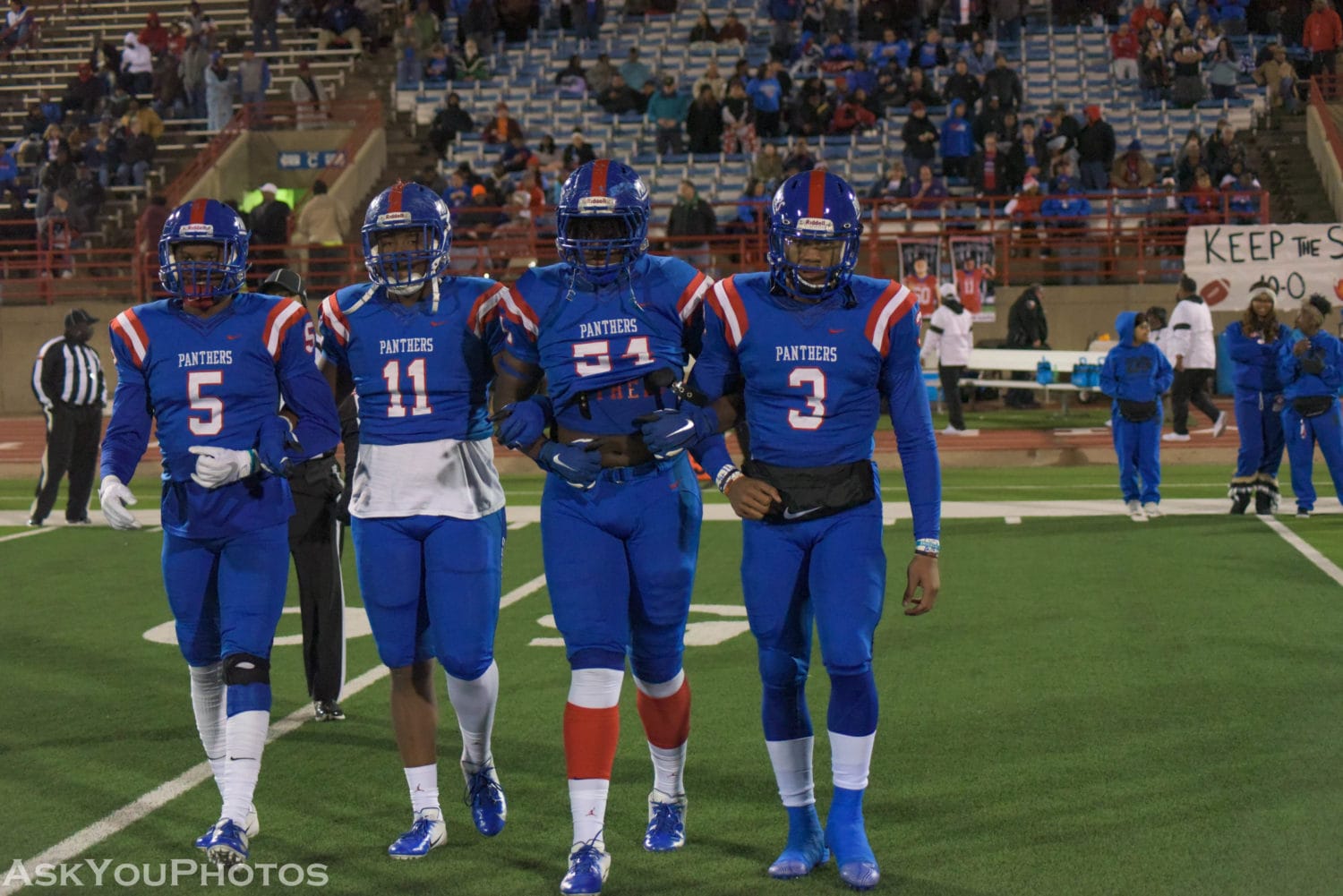