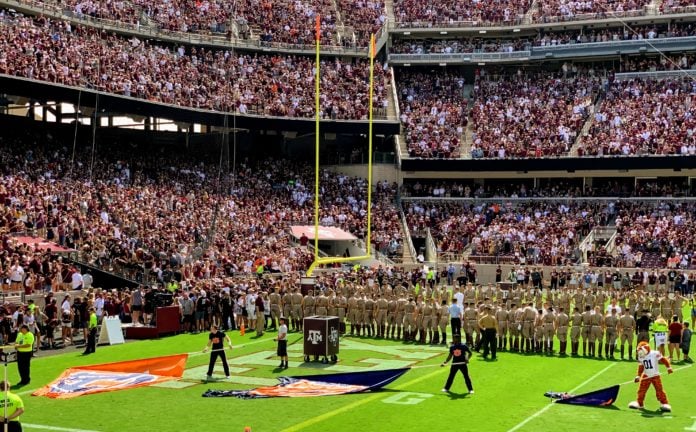 A few weeks ago my daughter and I took a road trip to College Station, Texas to visit the Nissan Heisman House. I was looking forward to kicking back with Heisman Trophy winners Bo Jackson, Tim Tebow and Marcus Mariota. Oh wait, we weren’t visiting the “actual” Nissan Heisman House. For the record, if that opportunity ever arises, I call “shotgun”.

Instead, we entered the Nissan Heisman House tent and joined Auburn and Texas A&M fans as they lined up to have their picture taken with the Heisman trophy. Fans could also drive a Nissan Rogue, well with the aid of virtual reality headsets. The digital game features a race to the finish line in the Rogue against a Heisman winner in the Nissan Heisman House Dash. It’s hard to say whether fans were more drawn to the Heisman trophy as they tried to “strike a pose” or the photo op with All-American linebacker Dat Nguyen. 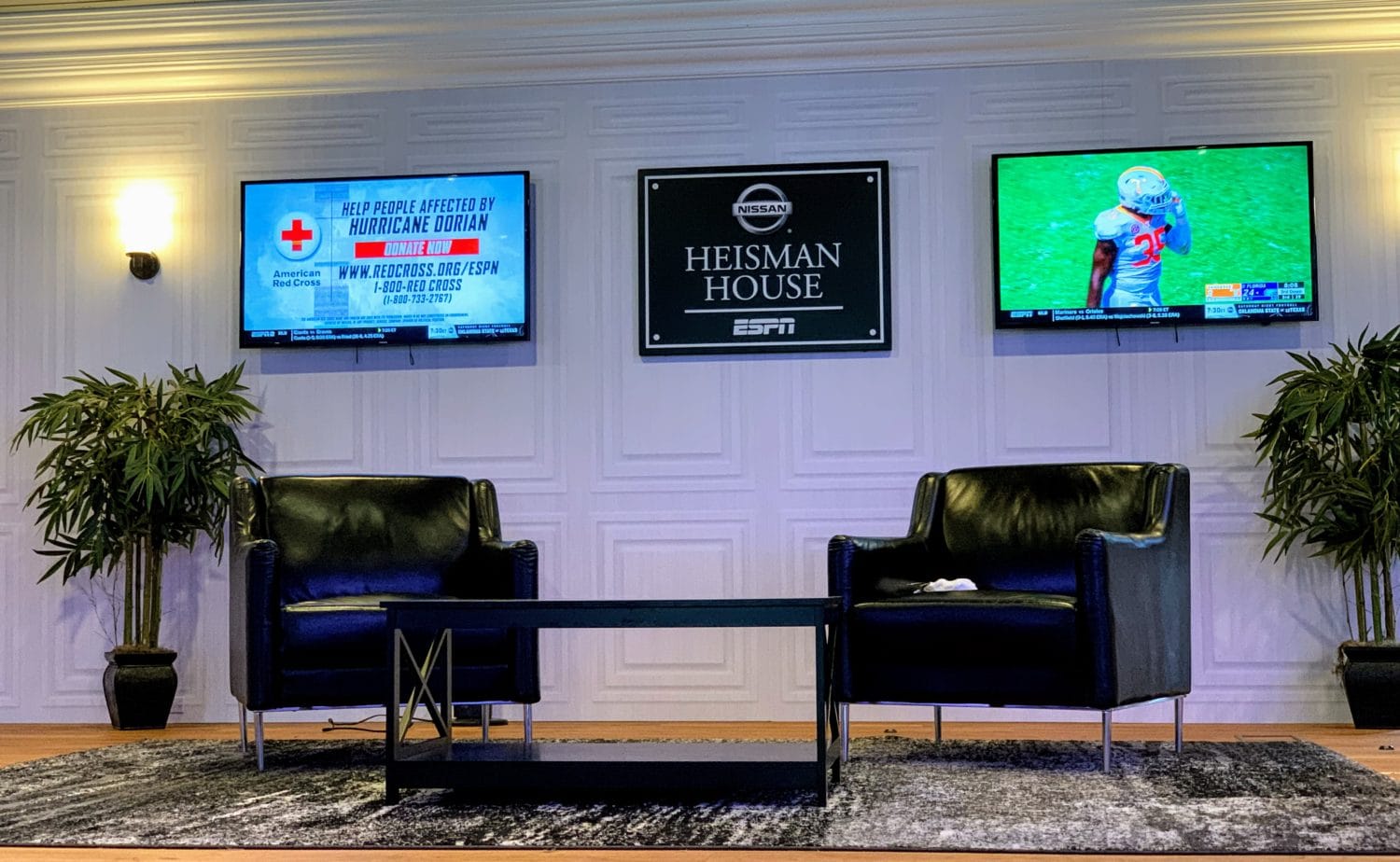 Unexpectedly, my daughter and I found ourselves hanging out backstage in the media/VIP area with Dat Nguyen. Seated in front of a TV we were watching Florida trounce the Volunteers. Dat glanced at us decked out in our Auburn apparel and asked where we were from. While answering him, a player took a major hit on the TV and Dat visibly winced. thought to myself, how cool is it to be hanging out with a Lombardi and Chuck Bednarik Award winner.

Its Getting Hot Out Here

If our afternoon had ended with watching college football alongside the former Dallas Cowboy linebacker, it would have been a great day. But we eventually left the Nissan Heisman House for Kyle Field. The intense Texas heat refused to show any mercy as we took our seats, surrounded by A&M fans. Harsh sun bounced off the metal bleachers, and I wished for the ventilated zero gravity seats of the Nissan Rogue. Comfort aside, I was in my happy place. Nothing beats spending a Saturday afternoon in a SEC stadium watching your favorite team play their best game of the season. 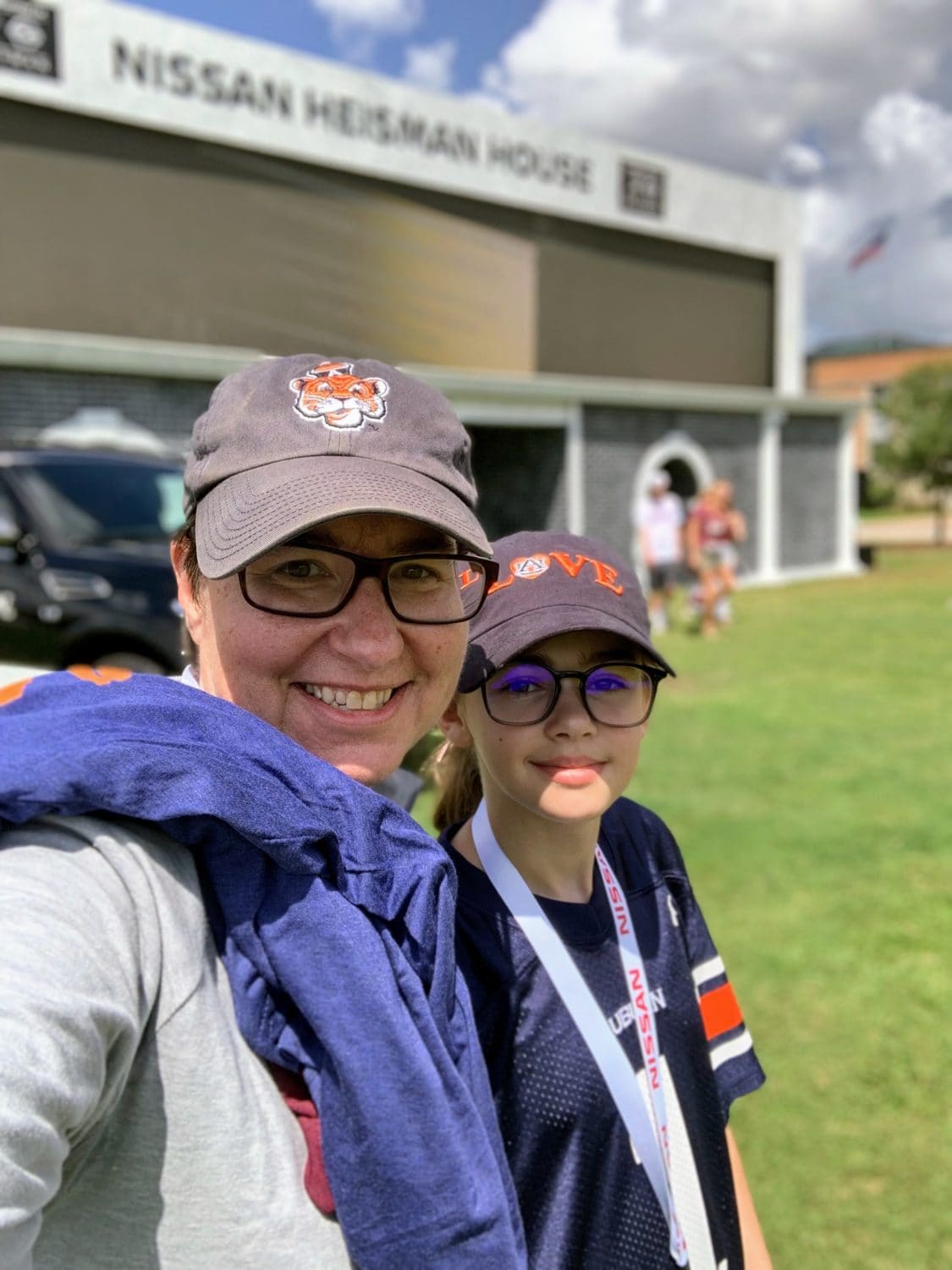 Surprisingly, my favorite part of the day wasn’t Auburn’s victory over A&M. Although, I was ecstatic my Tigers defeated the A&M Aggies. But the best part was sharing my passion for college football with my daughter. Hopefully, one day she’ll remember the day our love of automotive and college football combined for a mother/daughter date.

There are five weeks remaining on the Nissan Heisman House Tour. Be sure to stop by if they are in your area. You don’t need to have a ticket to the game and Heisman House is free.

Thank you Nissan for the complimentary tickets to the game.