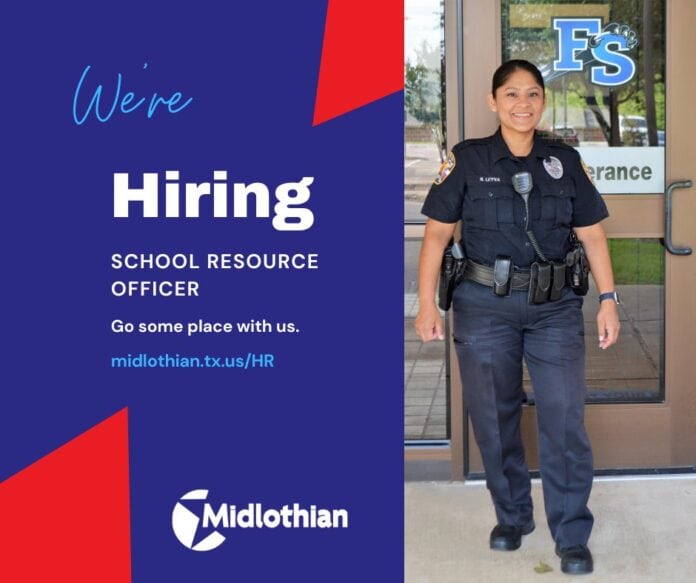 MIDLOTHIAN – Residents in Midlothian can feel a little safer when visiting the city’s local parks in the future. The Midlothian City Council, minus the three absent members; Place 3 Anna Hammonds; Place 5 Mayor Pro Tem Justin Coffman and Place 6 Hud Hartson, voted 4 – 0 to approve a resolution authorizing a grant for increased park security totaling $321,374.66. The grant was awarded by the Midlothian Community Development Corporation (MCDC or 4B) to the City of Midlothian Parks Department to fund the security package.

Heather Dowell, Midlothian Parks and Recreation Director told council “Since Covid hit we have experienced a high volume of vandalism in our parks.”

The Parks Department and the IT Department have met multiple times to identify areas of park safety concern. They also discussed the options available to help reduce vandalism in the park.

Additionally, Midlothian Police Officers went to each park in the city, offering their detailed list of concerns and safety recommendations to improve safety.

The Parks Security Grant totaling over $300,000, will provide the funding needed to purchase and install the recommendations suggested to address these concerns.

“This funding will add much needed cameras to Midlothian Community Park that will be tied directly to dispatch sending an alert,” Dowell explained.

In short, the alert will then allow for dispatch to send police quickly if needed to any necessary location.

The grant will provide security lighting at Hawkins Spring Park, Jaycee Park, Kimmel Park, Midlothian Community Park Phase I, Mockingbird Nature Park, and Mountain Peak Park. The funding will also include the purchase of cameras and cost of installation at Community Park, six bicycles to patrol the parks and community events as well as all the necessary gear and one additional drone for Midlothian PD use at community events.

Midlothian City Councilmember Place 2 Walter Darrach asked Dowell if the new drone purchased for park safety would be complimentary to the police department’s current drone. And asked if a drone license was required, plus was there an additional qualified drone operator currently available in the Police Department. An affirmative was given to each question.

Darrach then asked if the park drones would be tied to any type of facial recognition software. An employee from the Midlothian IT Department said “The cameras have basic analytics on them so they can identify a person or an animal. The cameras do not have facial recognition.”

“I just want to make sure our fair and free-going Midlothian residents can do so in private,” Darrach responded.

The School Resource Program began in 2006 between the City of Midlothian and Midlothian ISD. MISD shares the costs to place a police officer at Midlothian High School. Staff noted that in the past 15 years, the program has grown along with the MISD’s student population and the addition of the middle and high school campus.

To date, the police commander serves as MISD’s District Director of School Safety/Security. They are also a go-between involving the supervision and coordination between MISD Administration, Security Staff, and the School Resource Officers.

Midlothian Police Chief Carl Smith said the new additions were added based on discussions with MISD.

“They are good with nine officers,” Smith said “and looking to bring on the tenth officer in January when they re-evaluate their budget. It is a money issue for them and the need to re-evaluate.”

Council also asked Smith why there was not one officer per campus.

His reply “budget. We have made one additional officer [available] and it was two or three years ago we brought on the commander. We have steadily brought that program up.”

The two new positions are intended to add a presence at each campus within Midlothian ISD. The new officers will begin training immediately and be placed within the ISD at the end of August. Smith noted however the 2022-2023 budget does not begin until October 1, 2022.

The school district is responsible to reimburse the city during the 2022-23 school year $613,690.00 for the nine police officers at the various campuses. Plus another $82,367.00 for the sergeant assigned to the SRO Unit and $159,941 for the Commander in charge of school safety and security.

The contract presented also obligated the City of Midlothian Police Department to provide all TCOLE required training, all required duty equipment, and a vehicle for these positions. The SRO specific training is a cost that is shared between the two organizations. It was also outlined that Midlothian ISD will provide 64% ($78,752.00) of the cost of leasing nine police vehicles. Plus, 64% of the maintenance and fuel costs that is not to exceed $18,000.00.