DeSoto Eagles Open With A Win

DeSoto’s coach Claude Mathis did not skip a beat as he returned to the Eagles sideline. His Eagles celebrated his return with a season opening victory over Odessa Permian.

Junior quarterback Samari Collier was able to follow Coach Mathis’ instructions as DeSoto was able to punch in an early touchdown with running back Christopher Henley Jr. scoring after a 75 yard opening drive.

The Eagles team defense was all over Odessa Permian option running style with many bone crunching hits and sack after sack. It seemed that the DeSoto Eagles were in mid-season form with Coach Mathis tutelage.

Junior defensive tackle Byron Murphy II was able to recover a loose ball to score an uncontested touchdown to broaden the Eagles first quarter lead to 14-0.

When DeSoto was able to make Odessa Permian punt the ball, it seemed this game was going to be a runaway until, in a blink of an eye, the Eagles muffed the ball and that give life to the Panthers of Odessa.

The Panthers were not able to score the traditional way, but, going into their bag of tricks, sent Alex Rose in to score a touchdown.

The score tightening was short lived as the Eagles were able to again put points on the board by the air as Collier threw a tight spiral to one of his many talented wide receivers. The receiver put on the jets and blew past the Panthers for a touchdown. The Eagles continued to dominate through the first half, going into the game’s midpoint with a 28-7 lead.

In the send half of the game, Coach Mathis was able to give some of his reserve players some key playing time. Backup quarterback Cuttin was able to throw a fade to Javin Vining in the end zone for another late Eagle touchdown bringing the final tally to 35-14.

DeSoto’s next game will be on the road vs Jesuit at 7:30 pm Friday. Last year the Eagles won by 10 points at home. 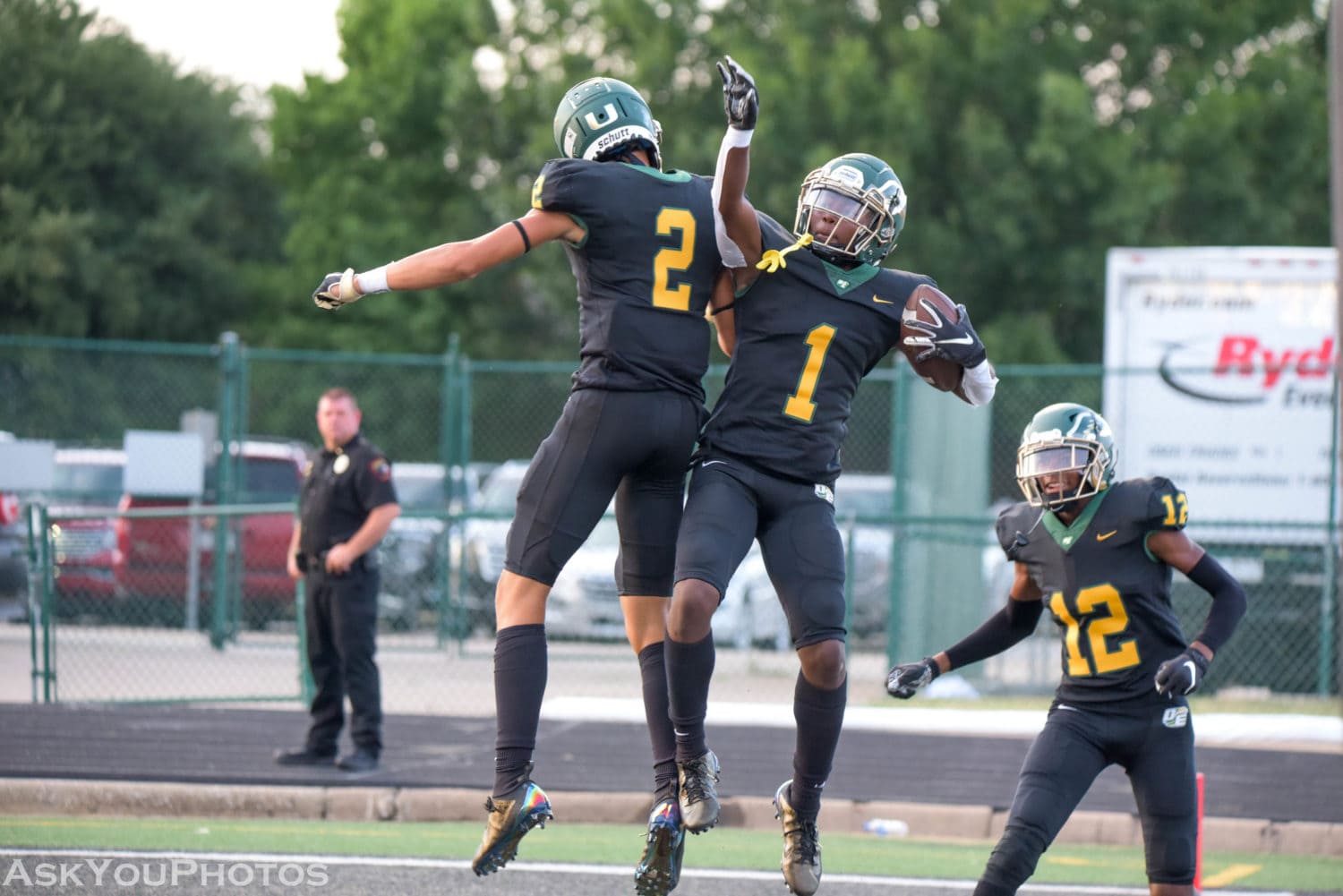