Ms. Starr has taught at Mansfield High School for seven years, and has been with the district since 2009. She has been a teacher for 17 years.

“I majored in theatre at the University of North Texas. There I participated in a number of shows and musicals. I found my passion for teaching theatre under the leadership of Dr. Lorenzo Garcia,” Starr said. “I learned at an early age that I was a little different from the kids in my neighborhood. My favorite thing to do was play in the mirror and become different people. My mother and grandmother encouraged this because they saw how happy it made me. 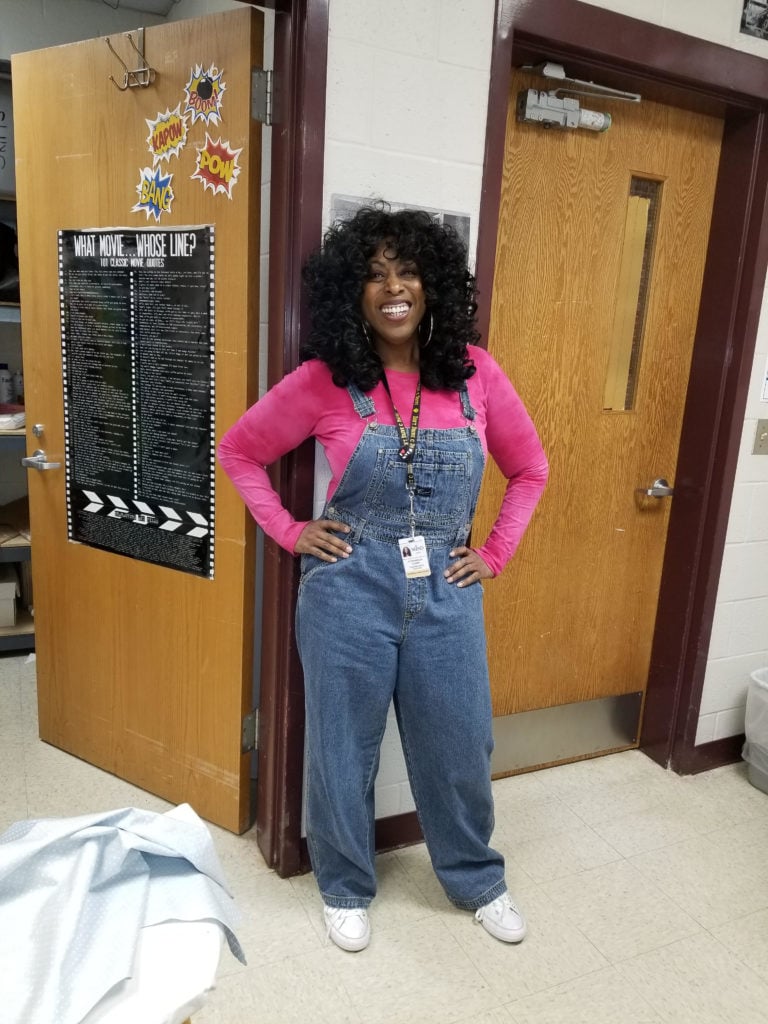 “When it was time to choose a major in college there was only one choice, acting. A lot of people around me questioned my decision, but I didn’t care. I made this choice because I didn’t want to look back at my life when I got older and say ‘What If?’ I don’t have any regrets with my choice. I didn’t make it to Broadway, but I feel that I am impacting just as many people I would have if I was on the stage. Teaching won’t give me the big bucks that Broadway would, but a least I can impact leaders of tomorrow,” Starr said.

The one-hour production on YouTube consisted of performances, award and scholarship recipient announcements, acceptance speeches, and several cameos from Broadway stars. Like Broadway’s Tony Awards®, DSM HSMTA celebrates the power of the arts, and its ability to impact all areas of education and creativity.

If you missed the virtual ceremony, or if you just want to watch again, it’s available online at YouTube.com/DSMusicals. A list of all 2020 winners, participating high schools, and their productions can be found on the DSM website.

Since DSM’s first HSMTA in 2012, the program has developed regionally, accepting schools as far away as Lubbock and Oklahoma. Since 1941, the nonprofit Dallas Summer Musicals Inc. (DSM) has presented the best in Broadway to North Texas audiences. Located in the historic Music Hall at Fair Park, DSM promotes excellence in live musical theatre with year-round performances. For more information visit dallassummermusicals.org.