St. Vrain Returns to their Lineup Year-Round and Found Fortune Debuts as a Seasonal

LONGMONT, Colo. Feb. 25, 2021 – Left Hand Brewing Company, one of the original pioneers in craft brewing, released the first two beers of the dozen brands they are bringing to market in 2021. St. Vrain Tripel makes its long-anticipated return to their lineup as a year-round beer available for the first time ever in cans. Found Fortune Double IPA features a wealth of premium hops and debuts as their first CO2 seasonal of the year.

St. Vrain Tripel has a legacy at Left Hand. As one of their most critically acclaimed ales, the last release was rated the #1 American Tripel in a blind tasting by Paste Magazine. Previously only available in bombers, this Belgian-style golden ale with intricate aromas of fruit and spice is now available in can and bottle 6-packs.

“St. Vrain is all about the spicy and fruity Belgian yeast,” says Jeff Joslin, Director of Brewing Operations at Left Hand. “The hops are late in the boil and support the yeast; the grain bill is mostly Pilsner malt to make the beer pale, bright, and beautiful. What you have is a classic beer that overflows with banana, clove, apple, and honey aromas.”

Left Hand is located along St. Vrain Creek, a tributary that flows from the Rocky Mountains. The beer is named in honor of their location and the water source that contributes to their recipes. 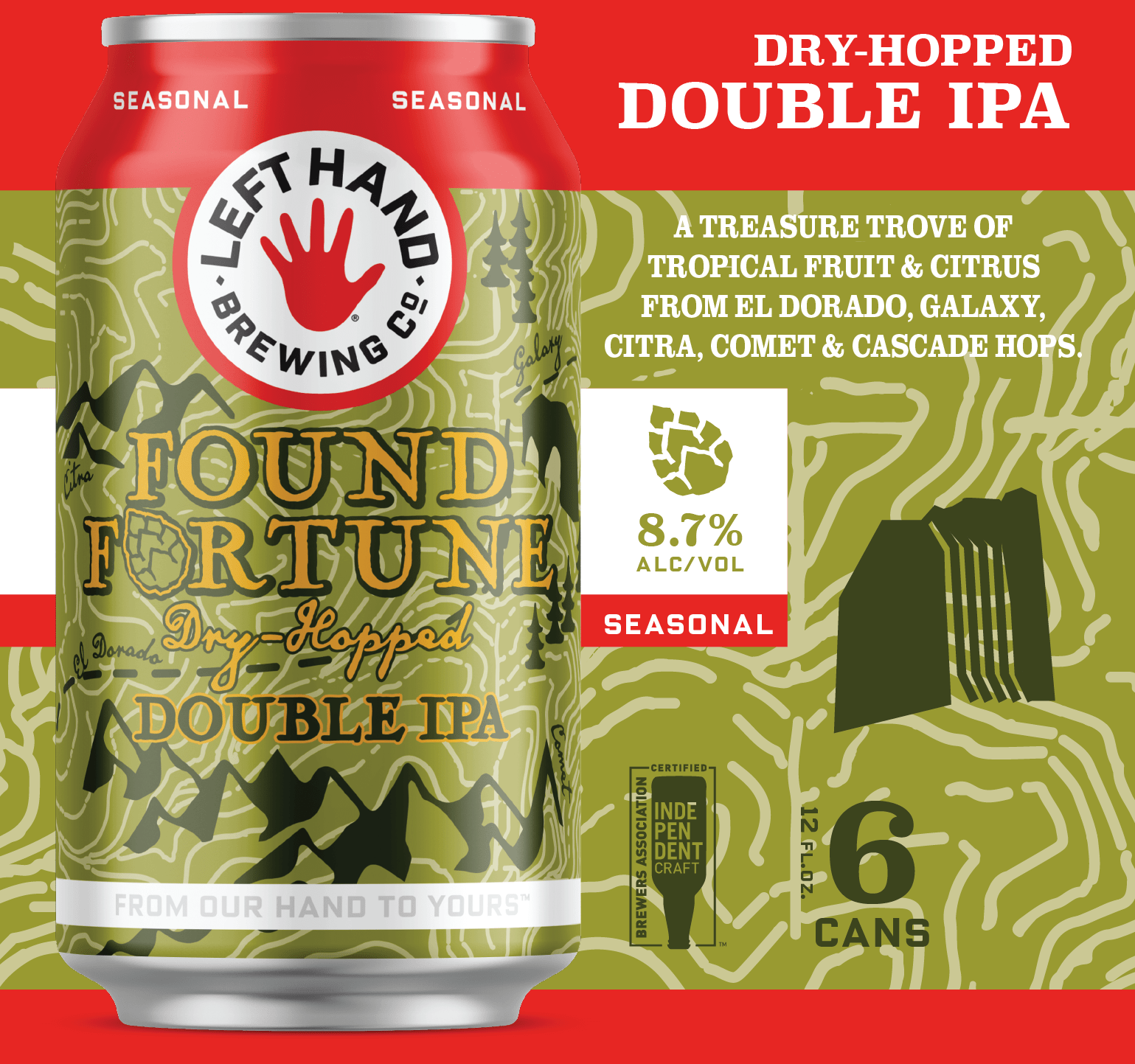 “The standout hop in Found Fortune is El Dorado, giving a lot of orange and pineapple to the aroma,” says Joslin. “Galaxy and Citra add to the citrus and tropical fruit, and the oats and Golden Promise malt bring a sweetness that works perfectly with the mountainous piles of hops.”

Left Hand Brewing Company, founded in Longmont, Colorado, is one of the original pioneers in craft brewing. From a humble homebrew kit beginning to becoming one of the top 50 craft breweries in the U.S., Left Hand has continued to grow and innovate throughout our 27-year history. Famous for our Nitro series, Left Hand launched America’s original Nitro bottle with our flagship Milk Stout Nitro and the first production run of U.S.- made Nitro widget cans. We’re proud to be one of the most honored and recognized breweries in Colorado with 29 Great American Beer Festival medals,11 World Beer Cup awards and 9 European Beer Star awards. Our collection of year-round and seasonal beers is available in 45 states, DC and internationally. To learn more, please visit www.lefthandbrewing.com.