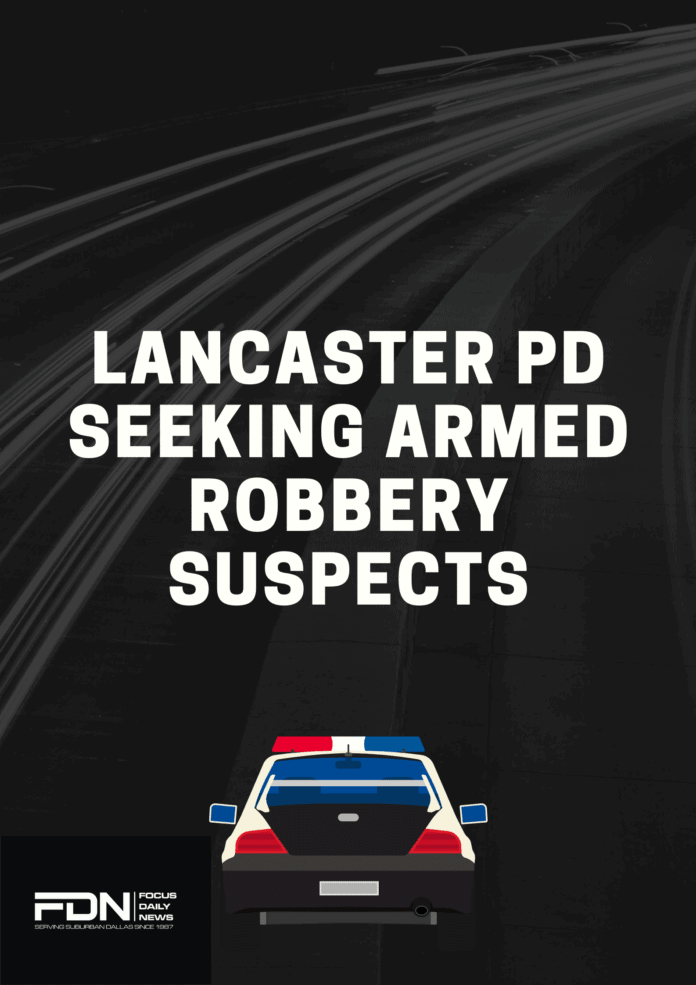 LANCASTER – The Lancaster Police Department was looking for three-armed robbery suspects early Saturday evening. The three suspects robbed a man in the 500 block of Rolling Hills Place while he was waiting in his girlfriend’s car for her to return to the car after going inside her apartment.

The man said he was robbed when three black males approached him in the vehicle and took his wallet, mobile phone and the car.

The girlfriend called police when she heard the robbery going on and heard yelling.

The three suspects were last seen in a white Dodge Avenger with temporary tags.

Lancaster police searched for roughly 45 minutes for the suspects. The department also used a detector to ping the phone that was stolen. Reports said the pinging was showing up all around the area and had been last been pinged in DeSoto.

Be Aware of 5mile Robberies

Another robbery scam that has been popular as of late are called the 5miles robberies. These robberies are generated through the 5miles app with people buying and selling products.

In Lancaster alone there were three robberies of this type last week, according to an anonymous source. To stay up to date on crimes in Lancaster, TX you can view crimes via the RAIDS Online crime mapping.

Residents in all cities are reminded to stay vigil during this holiday season and beyond.