A Halloween Night To Remember

This particular Halloween night was somewhat special. I had foregone any parties that are usually associated with the season to stay home and hand out “goodies.” This was a stay home night, to rest and enjoy the youngsters that came to the door.

Little goblins and not-so-little goblins came to the house for their annual “trick or treat.” One small-sized ghost kept tripping over his costume, but still managed to reach into the large, plastic pumpkin for his treat. Another youngster appeared to be a little too old as he reached for the goodies. Facial hair and a size triple A costume gave him away. Plus he was driving a sports car with a longhaired blonde as a passenger.

In a cloud with squealing tires, a pickup truck stopped and about 10 spooks bailed out. Now these guys were professionals. As the last of their number departed the living room, my pumpkin was completely empty. I felt like the only attractive woman left prior to Aggie prom night.

The very first spooks I saw were Romeo and Juliet. Romeo was a two-year-old beagle dressed in cap, cape, and sword. Juliet was a beautiful fiery red haired lady that hadn’t seen Juliet’s age since Carter went back home to Plains, Georgia.

There was a parade of tricksters representing all aspects of past, present and future characters. There were hobos, rock stars, animals {lions, tigers}, kings, princesses, clerics, satanic creatures, belly dancers, Disney characters, and some cartoon characters that even when identified by the child I still didn’t recognize the entity.

Twice I had to go refill my plastic pumpkin. But even with all those visitors, I still had a few pieces of candy left. Originally I had purchased two bags of delicious chocolate candies like Snickers, Milky Way and Hershey Bars. I placed them in the bottom of the pumpkin and then filled the top with cheap rock candy, suckers, gum, mints and Tootsie Rolls. The chocolate remained undetected for about an hour. Then four teenage gypsy spooks dug down through that cheap worthless stuff, and uncovered my Snickers. From then on it was all downhill.

Two belly dancers and a nun finished off the Hershey Bars. A horribly dressed Elvis with pimples the size of moon craters got a number of the Milky Ways and escaped outside before I could grab him. Down to my last Snickers and one Milky Way, I hid them behind a sofa pillow. They were hidden so well that I forgot about them until the following day. It was late in the afternoon as the sun cast her sizzling solar rays across the living room. Seemingly coming to rest just above the sofa pillow where my treasures were stored.

Today that beautiful sofa has a large brown stain on it. It smells of sugar and peanuts. Thank goodness. 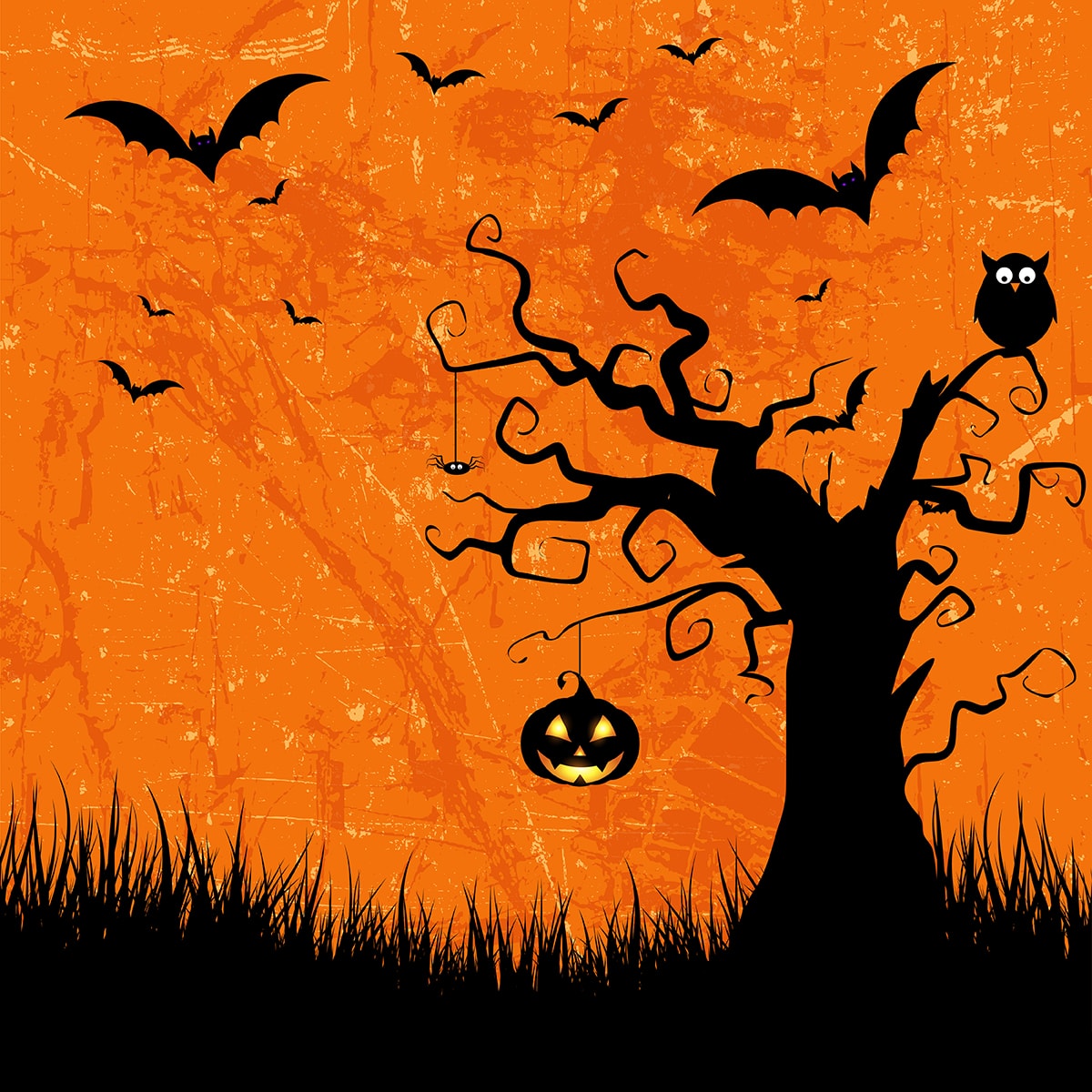