Abbott Discusses Texas Response To Protests Across The State

AUSTIN – Governor Greg Abbott today held a press conference in Dallas where he provided an update on Texas’ response to protest violence across the state. In his remarks, the Governor called for swift justice in the case of George Floyd’s death, and discussed the ways Texas is working with local law enforcement to maintain order and uphold public safety so that peaceful protestors can continue to make their voices heard.

“What happened to George Floyd was a horrific act of police brutality, and I join the millions of American who seek swift justice,” said Governor Abbott. “George Floyd’s death has touched every corner of our country, and people are rightfully angry. The beautiful thing about America is that every person has the right to make their voices heard and protest against injustice. However, violence and vandalism are never the answer, and they have no place in the Lone Star State. It is essential that we end the violence, vandalism, and looting that we have have seen. But restoring calm in our communities does not end with this task—our work will not end until justice, fairness, and equality become reality in every part of our state. Texas is up to this task, because Texans can overcome any challenge. We will seize this moment to bridge the divides that exist in our state so that we can keep Texas the greatest state in America.”

To end the violence, vandalism, and looting experienced across the state, the Governor has deployed DPS officers and Texas National Guardsmen to several cities in Texas—including 1,000 DPS officers and hundreds of Guardsmen to the Dallas-Fort Worth region. They are working alongside federal partners from the Federal Bureau of Investigation (FBI) to stop the violence and protect those protesting peacefully. The Governor also noted that the state is working with four United States Attorneys in Texas to ensure that individuals coming from across state lines to hijack peaceful protests with violence will be subject to federal prosecution.

Mayor Johnson said most instances of alleged crimes during protests in Dallas were done by people from outside of the city.

“We will not be asking the United States military to come into the state of Texas because we know that Texans can take care of Texans,” Abbott said. “We have tremendous police forces in Dallas, in Fort Worth, in the surrounding suburbs, across the entire state. We have an abundance of resources that are being provided by the Texas Department of Public Safety.” 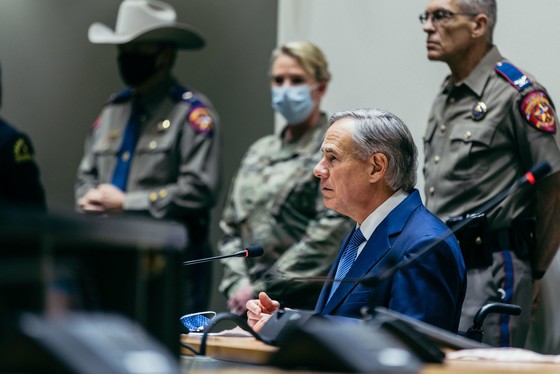