Red Oak Is Fired Up On The Gridiron

Heritage Coyotes did not anticipate the speed and high energy that Red Oak was going to put out as the Hawks posted a tremendous victory, 68-23.

Red Oak’s fast paced offence did not disappoint as they scored within the first 2 minutes of the game. Quarterback Joshua Ervin launched the ball deep to Raymond Gray II for an unbelievable 55 yard touchdown pass. Ervin went 9 for 13 for 211 yards and 4 touchdowns in the game.

His key target was the explosive receiver Coby Cavil. He had four catches for 118 yards and three touchdowns. The one touchdown that still has Red Oak fans talking is when quarterback Joshua Ervin was flushed out of the pocket. Ervin rolled to his right and tossed a tight spiller to Louisiana-Monroe commit Cavil. After the touchdown, Cavil was hoisted up by one of his teammates!

Not to be outdone, twin brother Corey was able to rip the ball out of the Heritage’s kickoff returner and scored. Red Oak’s running game could not be stopped as C.J. Palmer led the charge with 180 yards and two touchdowns. Palmer is a powerful back that can bench press over 300 pounds for good balance as well. On one of his runs Friday night he was able to cut from the right side of the field and then turn left and use his speed to navigate past would be defenders to score as if the run was a pace of cake. After Palmer was done for the day, Zach Sanders was able to step up and produce 108 yards with his speed.

Head Coach Chris Ross is wonderful leader. He empowers his coaches and the result is a healthy team. Coach Ross lets all his players know they are truly important. He told them you never know when your number is called and he was able to give an example to one of his players and how he was able to do a good job.

Coach Ross and the Red Oak Hawks have been eyeing this game all year long. So fans get here early to see an excellent game! 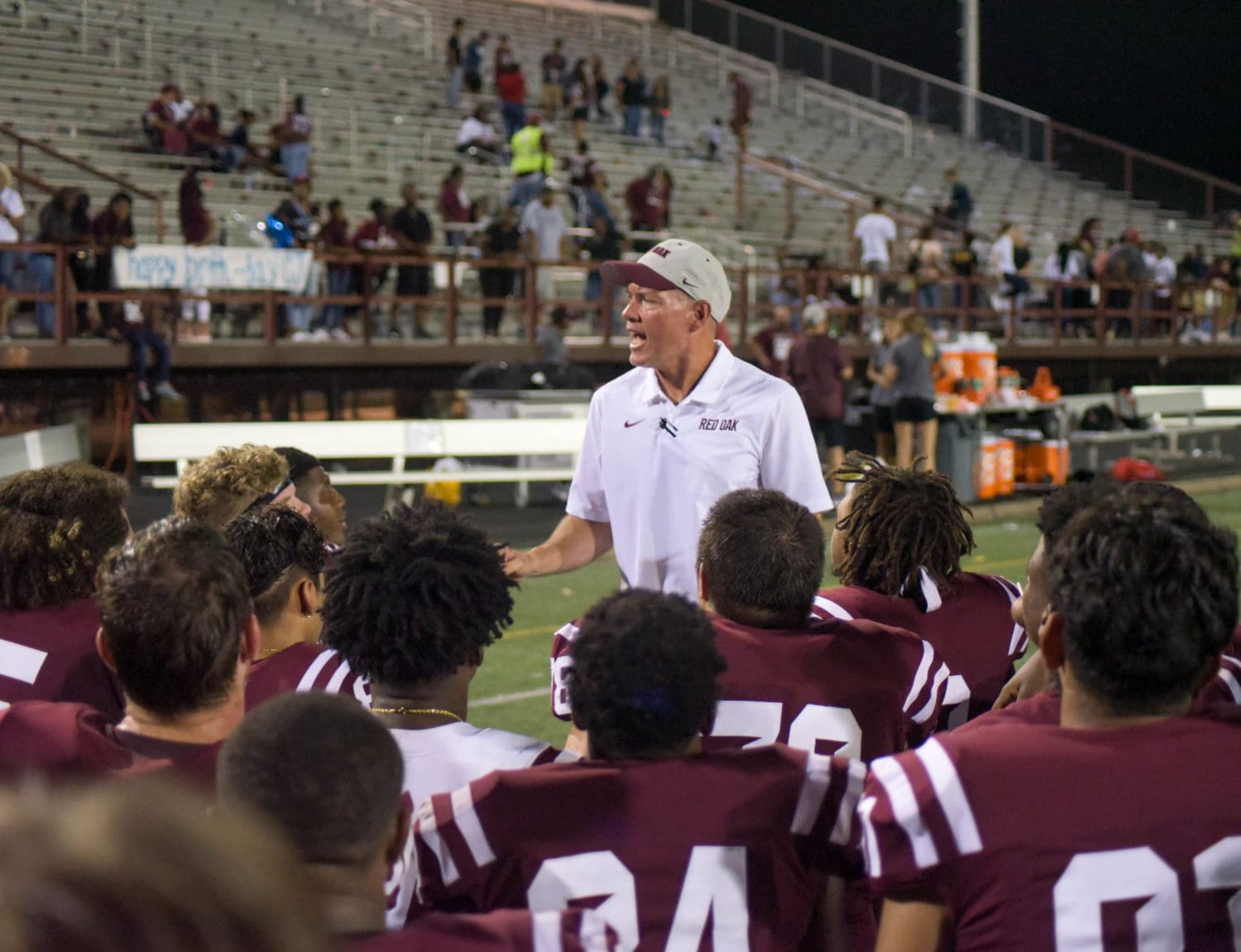