The Duncanville Panthers put up a fight, but for the second-straight year were downed in the Class 6A Division I state title game by Galena North Shore at AT&T Stadium on Saturday.

The Panthers started the game with the ball on their 25-yard line.

Freshman quarterback Chris Parson took command of the offense as injured senior quarterback Ja’Quinden Jackson was out with an ACL tear to his left leg from the Panthers’ semifinal game against Rockwall.

Duncanville had to punt on their drive as North Shore took over on their 43-yard line. It was evident North Shore was going to use the linemen up front to run the ball and control the line of scrimmage. On the fifth play of the drive, Dematrius Davis scrambled for a 30-yard touchdown run.

The Panthers answered with a drive of their own when Rodrick Daniels took a hand-off and dashed into the end zone for a 25-yard touchdown run.

Panthers tied at the half

It seemed to be shaping into a seesaw game as North Shore kicked a field goal to take a 10-7 lead, but that was short lived as the Panthers took the lead with a 6-yard touchdown.

Then like clockwork North Shore scored on the goal line for a 2-yard touchdown. Right before the half, the Panthers blasted a 46-yard field goal by Ulises Lara to go into the half tied 17-17.

Duncanville’s offense was unable to generate points in the second half as North Shore seized the moment, mixing up their run and passing game to score a touchdown in the third and another in the final quarter for the win. The Panthers’ defense kept the game close, slowing North Shore’s run game. 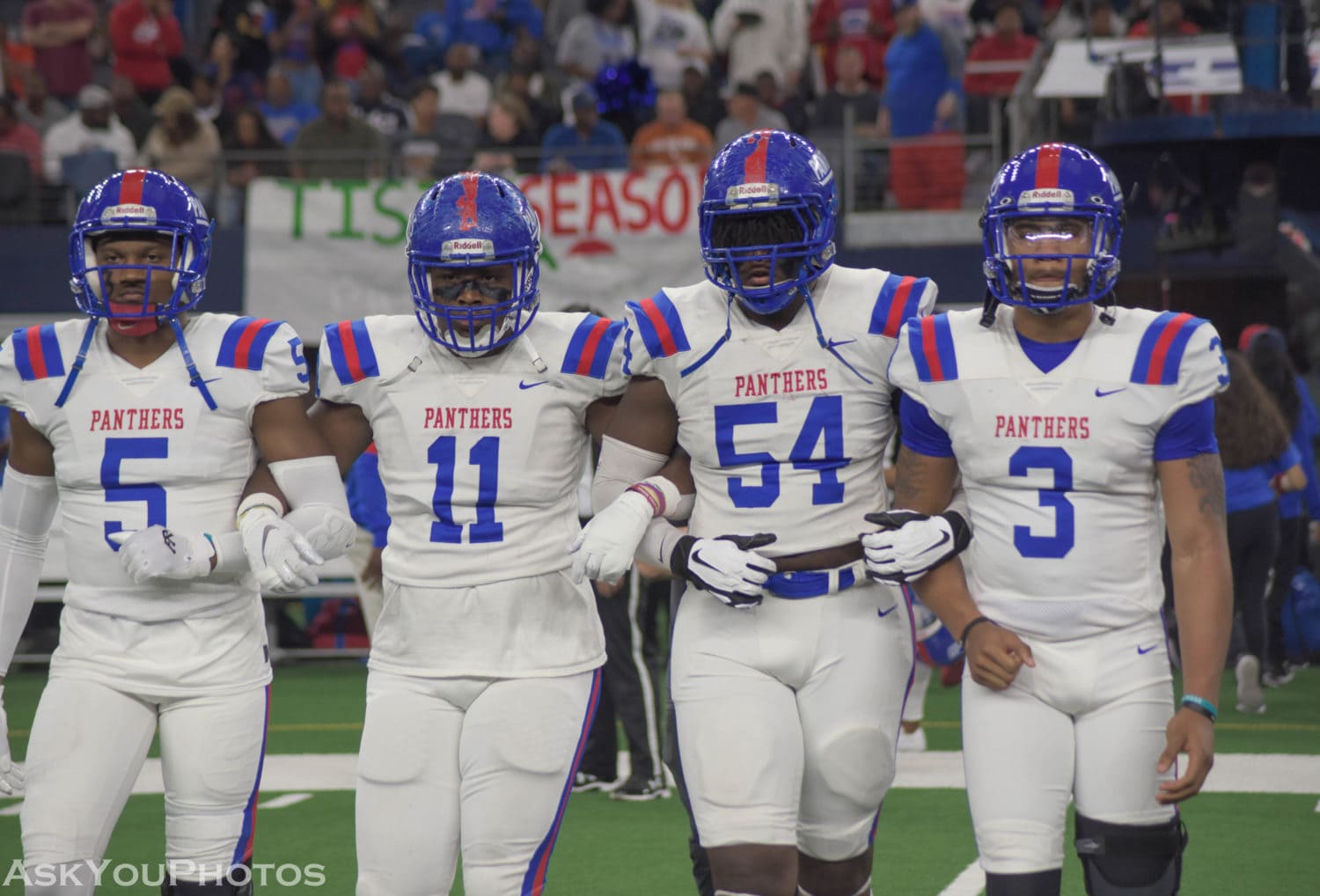