“Butterscotch,” a drama written by Barbara L. Smith, is presented by Duncanville Community Theatre Nov. 8-10 and 15-17. DCT veteran Heather Winkelman directs an ensemble cast in the play. “Butterscotch” is set in 1989 in a small town in Pennsylvania.

Winkelman, who was a theater major at Sam Houston University, says she loves being involved with Duncanville Community Theatre. The Cedar Hill resident said she had planned to go to New York and pursue an acting career after college. But other things….like a job where she made good money, getting married, and raising a son (who’s now 13)…took precedence.

Winkelman says her late husband encouraged her to return to the stage. She was excited to land a role in DCT’s “Curious Savage” in 2012, and has stayed involved with the group since then. Duncanville Community Theatre, founded by Executive Director Amy Jackson in 1988, mark their 31st anniversary with the 2018-2019 season.

She has learned a lot from working with Jackson, Winkelman said. She also works with Jackson at A V Pro, Inc., an audio visual company based in DeSoto. They sell and install professional lighting, rigging, and other theatrical equipment such as curtains.

Winkelman says all of the DCT actors and directors are volunteers. Besides volunteering their time, most of them furnish their own costumes for productions. They also help furnish set pieces, such as the items found in Mr. Baer’s cozy home for the “Butterscotch” set.

The play’s synopsis: A NYC restaurant critic travels to small town PA to meet his fiancee’s curmudgeonly, ailing father, Emery Baer. His attempts to convince Baer, a widower, to attend their big city wedding are futile. Baer disapproves of his TV producer daughter’s lifestyle, and especially her being pregnant before marriage. But a 1947 Ford named Butterscotch enters the picture, providing a surprising solution to the impasse.

Tickets to “Butterscotch” are priced from $12 on Thursday nights to $15 on Friday and Saturday nights. Tickets are on sale now by calling 972-780-5707 or email to [email protected]

Winkelman says people from the community are invited to audition for DCT plays. Auditions for their next production, “You Can’t Get There From Here,” written by Pat Cook and directed by Amy Jackson, will be held Dec. 10 and 11 at 7 p.m. Production dates are Feb. 7-9 and 14-16, 2019. 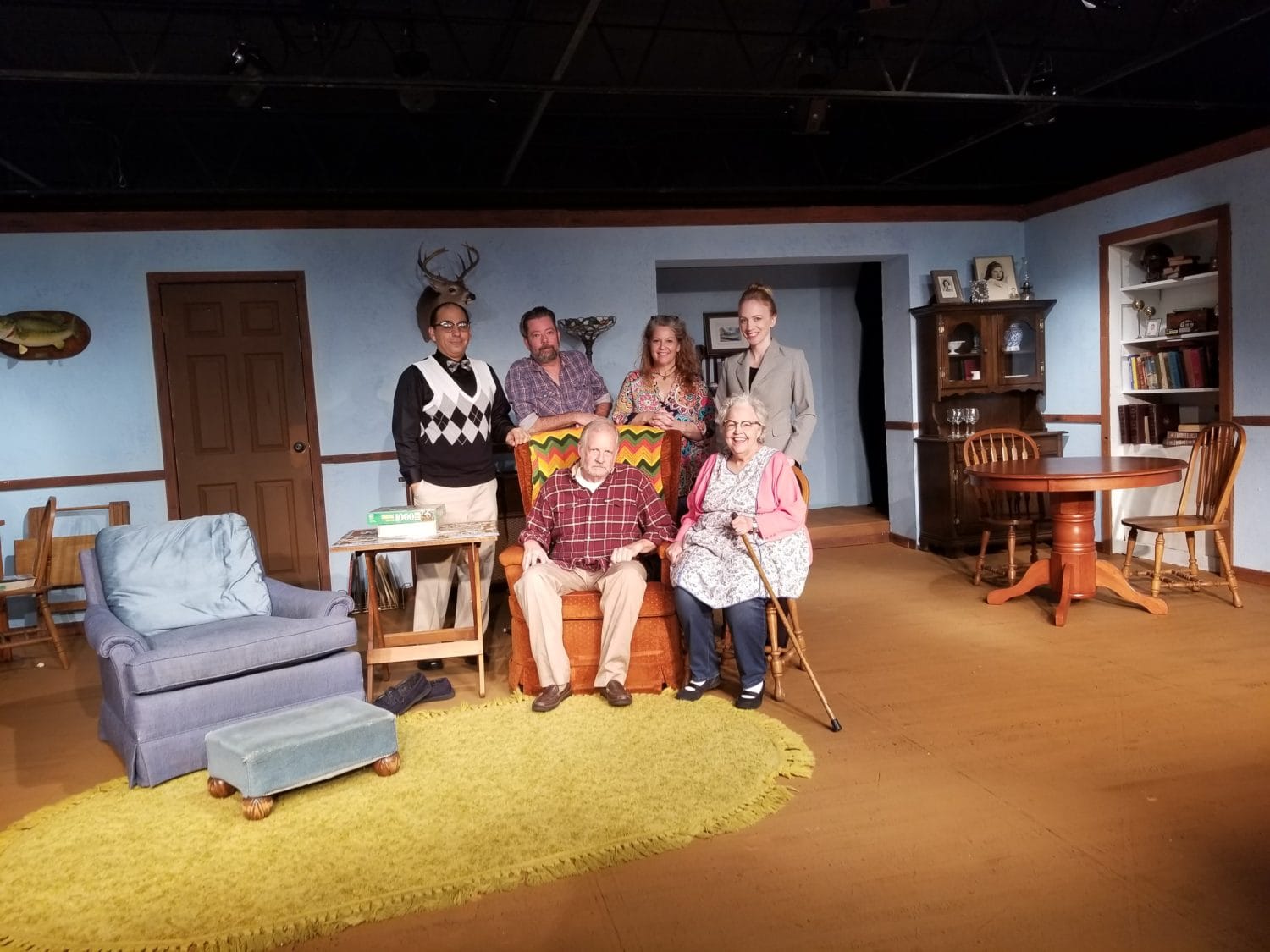