The Oak Cliff Lions Club will present the Bill Melton Humanitarian Award to Dr. Phil Berry at their noon meeting April 10. Past recipients of the award are invited to attend as guests of the club. Admission is $10.50 for members-at-large, non-members and guests. Reservations must be confirmed by April 1 at oakclifflions.club/ or email [email protected]

Dr. Berry recently retired from active practice (1971-2018) at Methodist Dallas Medical Center. His specialties were hip and knee reconstructive surgery, particularly using the anterior approach to hip replacement. In 2016, he performed his 1,000th hip transplant using the anterior procedure. The procedure reduces recovery time from as long as three months to as short as three weeks.

Dr. Berry was a member of the Dallas County Medical Society Board of Directors (1986 and 1988), serving as President of the society in 1990. In 1996, he was recipient of the Max Cole Leadership Award. Along with other doctors, he established Careflite. The helicopter emergency transportation service transports patients between hospitals. He served as the first Medical Director for Careflite. He also served as Chairman of the Careflite Medical Board for ten years, and is still involved today.

Dr. Berry Contracted Hepatitis B During Surgery In 1983

During surgery in 1983, Dr. Berry was nicked with a surgical instrument and contracted hepatitis B. This condition controlled his life until 1986. He was placed on the Transplant List and waited an agonizing six weeks, getting sicker and sicker. Then word came that it was his turn. A 30-year-old woman died from an aneurysm, and suddenly her liver became available to save Dr. Berry’s life. He refers to her as his “Angel.” He was back in the Operating Room only two months after the transplant, 36 years ago.

Berry and fellow transplant recipient George Crutcher established the Southwest Transplant Foundation to aid liver transplant recipients. The Foundation has provided approximately $1Million in financial aid, as well as other services. In 2015, Berry was selected as one of 30 National Transplant Recipients to ride on the “Donate Life” Rose Bowl Float, in honor of all donors.

Dr. Berry will be the 41st recipient of this annual award, honoring a person whose activities, contributions and service to the community best symbolize the ideals of Lionism. The award is usually given to non-Lions who demonstrate dedication to community, profession, God and mankind that exemplifies the motto of Lions Clubs International, “We Serve.”

The annual award was renamed in 2010 to honor the Founding President of the Award, Past District Governor and former Dallas County Treasurer Bill Melton, a Cedar Hill resident. The Dallas Oak Cliff Lions Club was organized and chartered in April 1929. The civic organization meets every Wednesday at 12 noon at Weiss Auditorium in Dallas Methodist Central Hospital in North Oak Cliff.

For 90 years, Oak Cliff Lions have supported a variety of local, state, national and international charities involving youth, vision, and other worthy causes and charities. It is estimated that the club has contributed over $1.5 million to charitable causes through the dedicated efforts of club members.

Oak Cliff Lions Club organizes a variety of community projects. The club funded the Oak Cliff Eye Clinic facility in the 1950s in cooperation with the City of Dallas. They also made a major contribution to the Dallas Zoo for the Bird and Reptile House in the 1960s. They donated $20,000 to fund the main hall of the new Oak Cliff YMCA Building on South Hampton Road in the 1970s. In the 1990s they made a $10,000 contribution to help launch the tactile exhibit for the visually impaired at the Dallas Zoo, in cooperation with the Metroplex Mitsubishi Dealers.

In 2006, the Club contributed $20,000 to the Lions Sight and Tissue Foundation’s Mobile Eyeglass Bus Project. Oak Cliff Lions Club members are always ready and willing to meet the needs of our community. 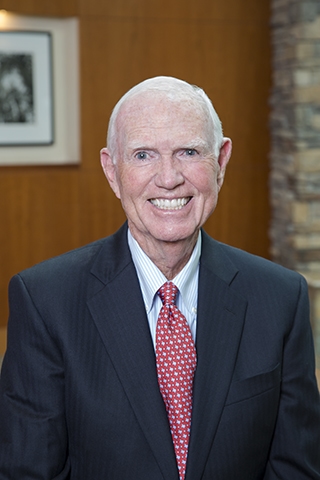