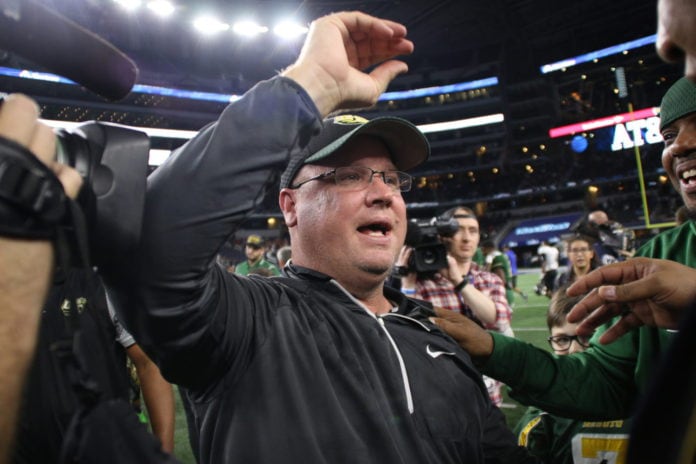 DESOTO—Speculation continues to grow surrounding the fate of DeSoto H.S. Head Football Coach Todd Peterman. Monday’s Board of Trustees meeting was packed with parents, students and former athletes, many in support of renewing Peterman’s contract.

“I’ve never seen a man that has given of himself like he and his staff. I know surely that he is not being dismissed because of his race,” said Booster and Unofficial Team Chaplin Abe Cooper. “But if there is a situation where he has been immoral, unnatural or illegal then of course we whole-heartedly support not renewing a contract.”

According to the 2010 Census, the city of DeSoto’s population is 68.6% African-American. However, it is important to note that DeSoto’s board is almost evenly split in regards to race.

“We’re a laughing stock now. The problem that I have is that we are sitting here talking about something that is irrelevant,” said parent Terry Orr. “I hope that’s not it. I pray to God that’s not it.” 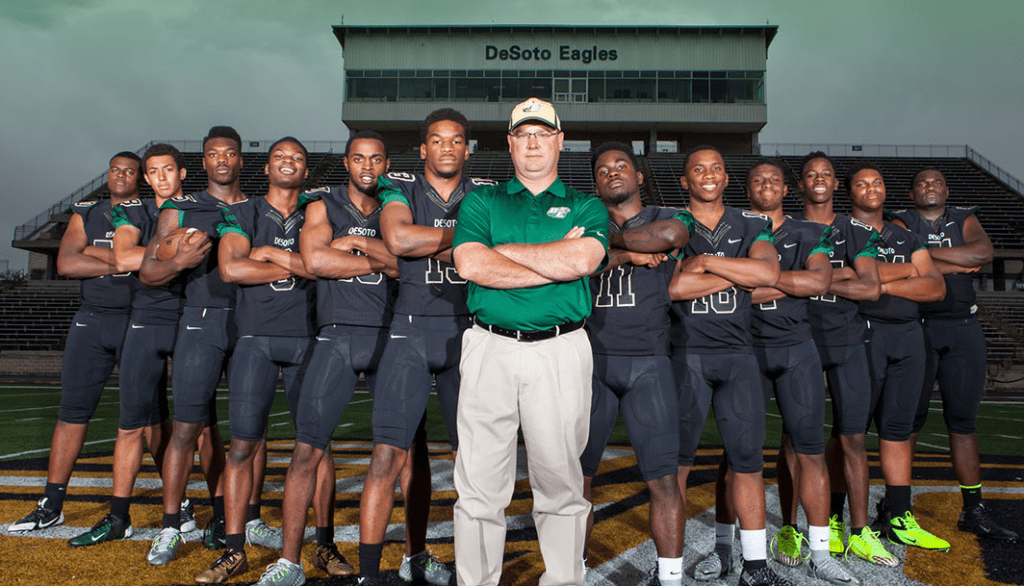 School Board President Carl Sherman, Jr. says that rumor has no basis in truth. Rather board members are acting on information presented to them.

Following a lengthy executive session there was no decision made in regards to Peterman’s job status. The meeting did last well past 10 pm before it was finally adjourned. In the meantime, board members instructed Superintendent David Harris to continue his investigation into this matter and return his findings to the board.

“This seems like a lot of wasted energy,” says Burt Johns. “This is energy that could be better put to use in our schools where our academics can outshine our athletics.”

After years of poor performance under Head Coach Dave Meadows (2004-2006), parents rallied to press the then school board to end his contract. Then they suffered repeated early round eliminations under Coach Claude Mathis (2007-2011), who twice left for college coaching opportunities. In 2016 the DeSoto Eagles finally came out with a perfect season record and its first football state championship in school history.

In addition to bringing home a 6A football title in December of 2016 a number of football players were named to the Texas Academic All-State Team. The Texas High School Coaches Association recognizes school athletes who excel in the following categories: GPA, class rank and ACT/SAT score.

“It’s more than just about football,” said Joe Dillard, III “It’s easy to go out and win on Friday nights but these young men are going out and winning Sunday through Thursday too.“

To be a member of the Academic All-State team, a student-athlete must be a senior in good standing with the team and of good moral character with an overall GPA of 92 or higher in all courses from grades 9-12.