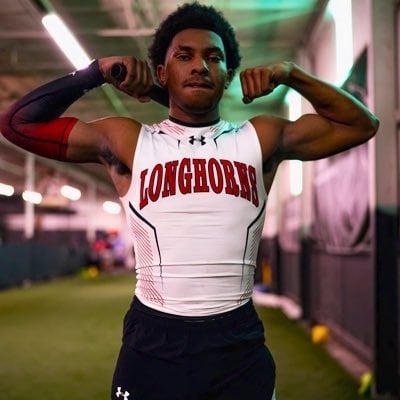 Gold Medals & A Heart of Gold

Diallo Good has become quite successful at being faster than other track competitors. The Cedar Hill senior has the gold medals to prove it.

But he understands that sometimes the right thing to do is stop and help his neighbors, which he is doing through a charity project he started. He is collecting activities such crossword books, coloring books, crayons, colored pencils and puzzles to deliver to the local nursing home and give it to senior citizens.

“It’s giving them something fun to do while family visitation has been limited due to COVID-19,” he said.

Diallo said he got the idea after seeing a photo of a family member on social media, his great aunt Jean on Facebook.

“She has been in a nursing home in Arkansas for a while, and the picture showed her enjoying a coloring book,” he said.

The project was originally supposed to last one week, but as if often the case when something is popular, it is continuing.

Doing Something Meaningful For The Community

“Because of the help of so many people in Cedar Hill I am still getting donations. I plan to get everything sorted and organized after the state meet,” he said.

The state meet was this past weekend. Diallo, who has been running track since age 6, won state as part of the 400-meter and 800-meter relays in his first appearance at the elite meet. It was also the first time a boys relay from Cedar Hill won state.

Now he’s ready to get back to sorting and organizing for his project. This is his first such project. He said he wanted to leave a lasting impression outside of his track success.

COVID-19 Shed Light On A Need

“This is the first time I initiated a project on my own. I wanted to do something meaningful during my senior year, and hopefully leave an impact on the community,” Diallo said.
One reason this was his first and only appearance at state track is the COVID-19 pandemic wiping out the track season his junior year. Suddenly given extra time, he set to work looking for a way to help others.

“When Covid wiped out the track season it also wiped out a normal school year. Being home a lot this past year made me realize how lonely people can be during times like this, especially the elderly,” he said.

Not only does it help others, Diallo said it also makes him feel really great.

“It’s a good feeling knowing that God has blessed me in ways, and it let’s me know that it’s good to share his gift and bless others,” he said.

“Diallo is an incredible student-athlete who has extremely high expectations in all he does and pushes himself to achieve them,” Benjamin said. “He is truly a compassionate person that cares about the well being of others. This shows in his charity work, as well as the relationships he has built with his teammates and coaches. Diallo has a bright future ahead of him.”

Expanding Reach Thanks To Community Effort

Once his mom mentioned the project in the Cedar Hill Facebook groups, Diallo said he received plenty of help. His project turned into a community effort.

“From there I had so much support from Cedar Hill residents, the city council, chamber of commerce members, school board members, and way more than I expected. I am very grateful for their help,” he said.

While he’s not working on any other charitable projects at the moment, Diallo said he does plan to expand this project to include at least two more charities to which folks can donate.

And he plans to make a career out of making people feel better.

“I plan to go off to college to study kinesiology, and soon work my way up to become a chiropractor,” he said. “I plan to always perform charitable acts throughout my life because I think it’s important to give back because so many people have helped me in many ways.”