(CEDAR HILL, TX) It is difficult to imagine cheerleading without stunting, pyramids and throws, but this is the COVID-19 Pandemic world that we live in now.

Still, the Cedar Hill High School Cheer Team started training for a season that may or may not happen. Last week, practices and events were postponed, at least until September 8. This is a result of the Dallas County order from Dr. Huang that bans all in person activities until September 8.

“(Prior to the postponement) we were doing about 60 percent of what we’re normally able to do,” Cedar Hill Cheer Coach Chantoinae Phillips said. “It made it extremely difficult, but I tried to make it as normal as I could.”

The team plans on performing at home football games, and Phillips said she’s not sure if there will be any team cheer competitions this fall.
Phillips said the cheerleaders stayed between six and 10 feet apart during practice.

“We had a total of three tumbling mats, and we sanitized the mats after we used them,” Phillips said.

All of the varsity cheerleaders have tumbling skills, but a regular staple in cheer practice – especially in the pre-season — is “team building.”
They continued team building, but due to “no contact” they had to adapt the activities.

Boyd, Coleman and Broadnax have been on the varsity squad all four years. They arrived as freshmen for Phillips’ first season as head coach.

“It’s fun to see the cheerleaders come in and watch them mature as they become seniors,” said Phillips, an English Teacher who graduated from Texas A&M University and Dallas Carter High School.

Last January, the CHHS Cheer Team participated in the UIL Spirit Competition for the first time in recent years. They finished in the Top 25.

Prior to the postponement, the team planned on hosting a Cheer Camp with instructors from the Universal Cheer Association (UCA).

Phillips said despite the challenges, the cheerleaders are excited about the upcoming season.

“They are positive about it,” Phillips said. “They were excited to practice and see the coaches, to be somewhere other than just at home.” 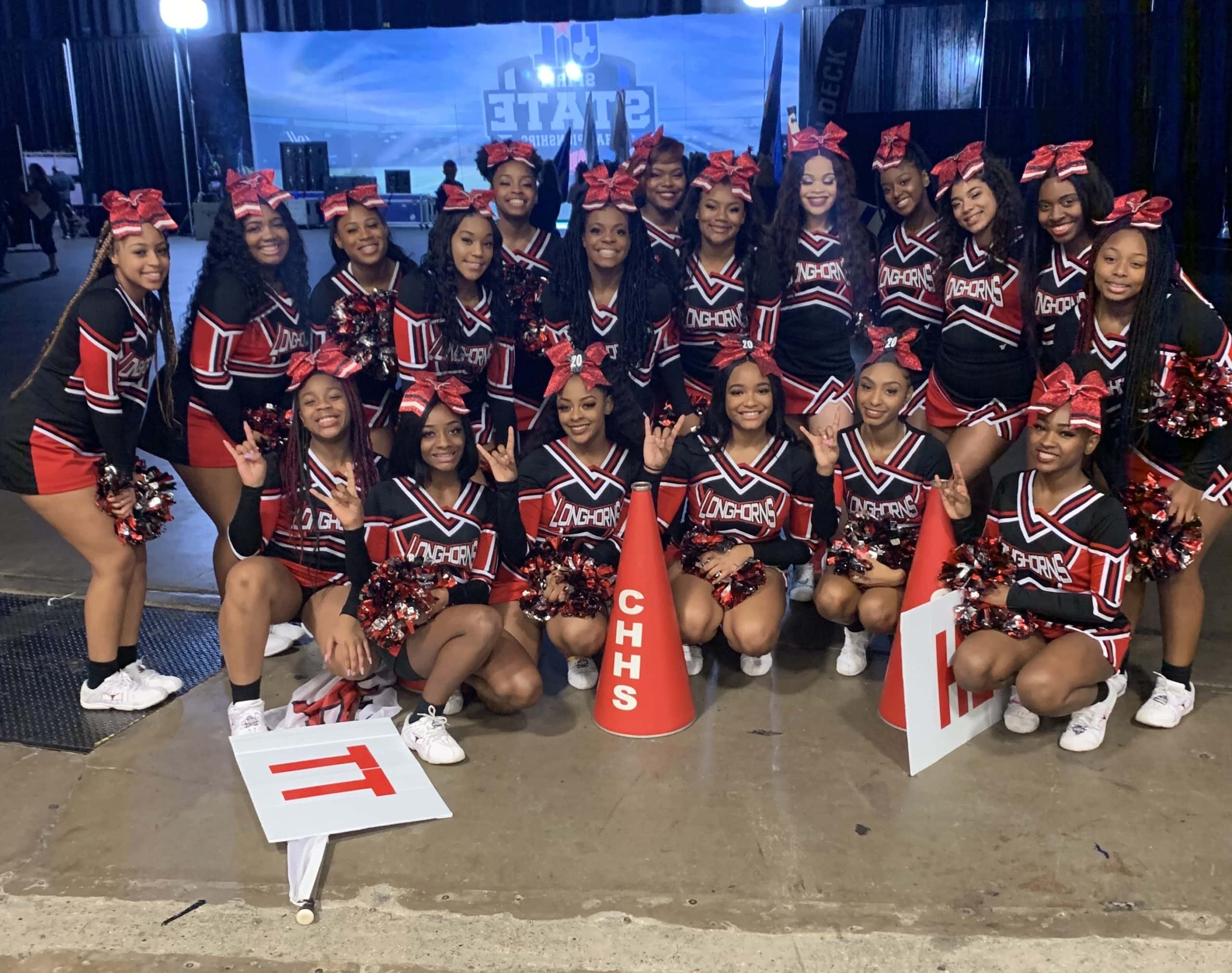