Just exactly what are the French folks saying when they say nothing at all? It’s taken me quite a while to figure this out even with living there three or four month each year with my very Parisian BFF. So when a book called “The Bonjour Effect: The Secret Codes of French Conversation Revealed” came out I grabbed it and immediately began reading it from cover to cover.

The questions are many that are broached in this book like Why does broaching a subject like money in French end all discussions or How do the French discuss – or not– terrorism, politics, race, gender and sex? In professional business and personal interactions, communication between the French and foreigners is rarely effortless.

The authors point out what many folks fail to realize and that is language is not the real obstacle and speaking French grammatically is not the same as “talking French” culturally.

Julie Barlow and Jean-Benoît Nadeu unravel the mysteries of French conversation in this handy book. Both have spent years in Paris living or traveling back and forth and they share in these pages what the French are actually saying in order to explain to the reader the real meanings behind the French words and gestures.

In a word, it is not about communicating or being all nice, nope, it’s all about being interesting. Keep that in mind next time you converse with a Parisian on the left bank and you then know you can definitely hold your own while you sip ever so delicately that glass of French champagne.

1. The French don’t communicate. They converse. For the French, the point of talking is not to convey information, but to exchange points of view. If information is what you’re looking for, you may have to be patient, and keep talking until you get it.

2. The French correct others all the time. It’s normal public behavior. You should never take offense when the French correct you because it’s their way of acknowledging you. It means they think you are worth correcting.

3. The French say no even when they mean yes. It’s the classic starting position of almost all French conversations. Don’t assume they mean it and don’t let it stop you. Again, just keep talking. The ‘no’ will almost always turn into ‘yes.’

4. The French hate saying, “I don’t know.” They have been raised in a culture where ignorance is inexcusable and they will say anything rather than admit it. Staff or shopkeepers who don’t know where to find something will go as far as claiming “it doesn’t exist.” You should never take it at face value.

5. The French are terrified of making mistakes— les fautes— and avoid taking blame for them at all costs. Like ignorance, French education penalizes mistakes harshly, so kids grow up learning to pin the blame on others. Adults perpetuate the behavior in the work place. Don’t take it personally.

6. The French think being negative is good. It makes you look cool and sound smart. That’s why smiling doesn’t get you good service in France. The French think people smile for no reason because they are stupid.

7. If a French person talks to you, it’s a sign he or she wants to establish some kind of relationship. There’s no such thing as “small talk” in France. Talking means something to the French. Don’t be shy unless you really want to keep people away from you. Conversely, if a French person doesn’t talk to you, it means they really don’t want to have anything to do with you. You should take the hint and not waste your breath.

8. The point of talking in France is to be interesting. That’s why the French like confrontation. To them, consensus is boring. The way the French look at it, everyone in a conversation wins if everyone plays their best. It’s like a tennis game – you’re not playing fairly if all you do is return the easy balls.

9. Disagreement among couples is acceptable public behavior in France. North Americans shudder when French couples break out in open dispute in front of everyone but the French consider this kind of behavior a sign of a strong relationship. When couples agree on everything, the French get suspicious.

10. The French are comfortable making jokes about sex, even in professional situations and even when children are listening. When it comes to sex and gender relations, the French simply aren’t politically correct. 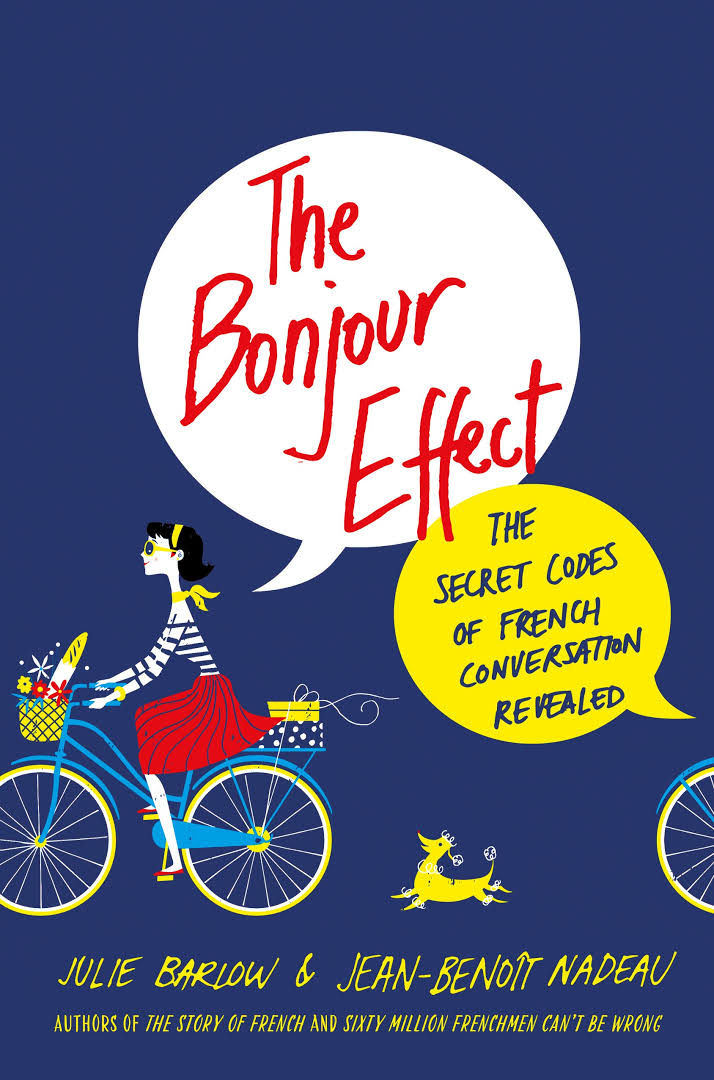