Focusing On Transportation in Southern Dallas

John Wiley Price easily kept his seat against two challengers. Moments after polls closed he said he will continue to make transit in southern Dallas County a strong priority.

“NCTCOG, DART and Star Transit all serve areas in and near the Best Southwest. We understand how important this is in terms of how we continue to grow,” Price said.

He still graciously acknowledged, “We feel good about it [the win], but we don’t take anything for granted.”

“The number one thing companies want to know before relocating to the south is about public transportation,” he said.

Price also mentioned management development in some of his district areas, “Some areas give me pause,” he said. “We need good, prudent fiscal management.”

Ames, who has sat in this seat since 2008, said, “I want to thank the taxpayers for their votes and confidence over the last eight years. We have made great strides in the tax office and we look forward to the next four being just as productive, if not moreso.”

Most noteworthy, Ames said he believes his biggest achievement during his last term was an improved customer service process.

“We continue to break collection records. We have the highest collections record in the history of Dallas County. And that helps us provide much needed money for teachers, police officers and other first responders.”

Looking forward, Ames said he will “Continue those things that we have put in place. There are always ways to increase efficiency and ways to improve on the great things that we are doing.” 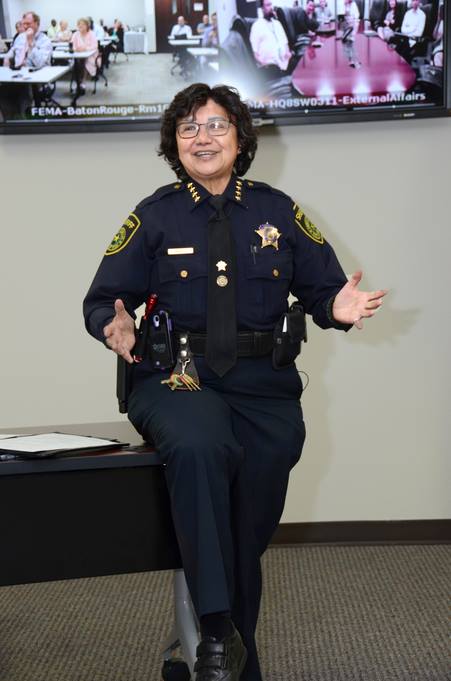 “Thank you all for your vote of confidence and your support in this race,” said Valdez. “We have a lot more work to do, and now we must take the steps to come together, listen to each other, and work together to get the good work done”

Valdez will be going into her fourth term as Dallas County’s top cop.