“ANASTASIA” will be onstage at Bass Performance Hall in Fort Worth May 28-June 2. The national touring production, presented by Performing Arts Fort Worth, is part of the Broadway at the Bass Series.

Single tickets for the hit musical start at $44, available at basshall.com. Presenters are offering a digital ticket lottery during the popular show’s engagement at the Bass. Lottery entrants have the chance to purchase a limited number of $25 tickets per performance. The online-only lotteries take place the day before each performance from 10 a.m. to 5 p.m. starting May 27.

Winners will be notified by email, and have 60 minutes to purchase up to two tickets at $25 each. Tickets will be available for pick-up one hour before show time. Entrants must be 18 years or older. A valid, non-expired photo ID that matches the name used to enter is required for pick-up. Seat locations awarded by the lottery are subject to availability and may not be seated together.

Created by the Tony Award®-winning creators of “Ragtime,” and inspired by the beloved films, “ANASTASIA” was called “one of the most gorgeous shows in years” by “New York Observer.” The musical transports viewers from the twilight of the Russian Empire to the euphoria of Paris in the 1920s. A brave young woman sets out to discover the mystery of her past. Pursued by a ruthless Soviet officer determined to silence her, Anya finds help from a dashing conman and a lovable ex-aristocrat. Together, they embark on an epic adventure to help Anya find home, love, and family.

Performances began on Broadway March 23, 2017 at the Broadhurst Theatre. Critics exclaimed, “Ahrens and Flaherty have chosen the right moments to musicalize, and their score here sounds complete and full — one of the season’s strongest.” (NBC). “Smartly adapted by Terrence McNally, Anastasia is a sweeping adventure, romance and historical epic whose fine craftsmanship will satisfy musical-theater fans.” (Time Out) The musical garnered multiple Tony, Drama Desk and Outer Critics Circle awards and nominations. 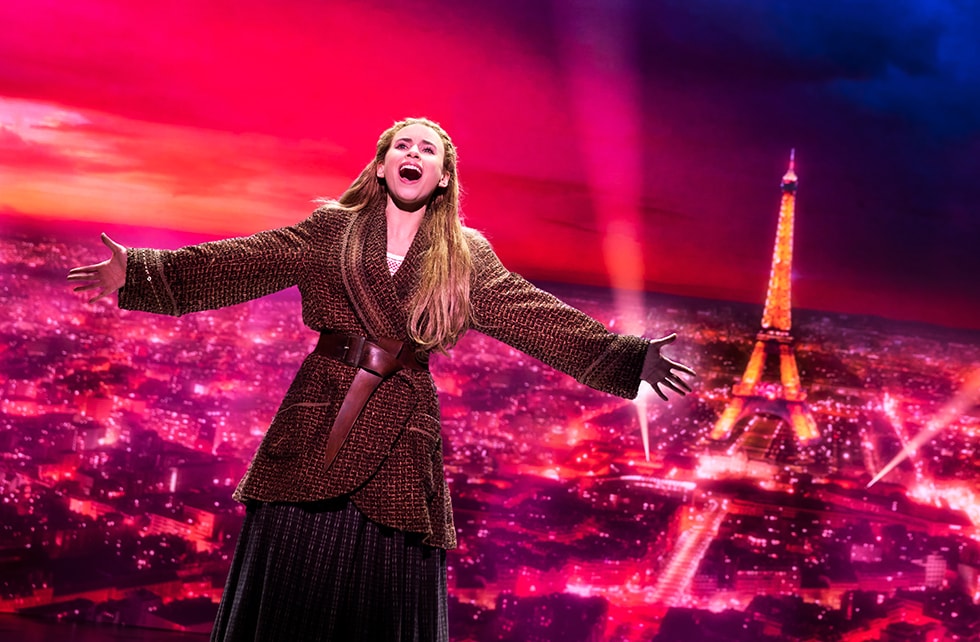