On The Fast Track, Adedoyin Falana Is Pursuing Doctorate In Industrial Organizational Psychology

(CEDAR HILL, TX) When Adedoyin Falana was a scholar at Cedar Hill High School from 2012 to 2016, he had a chance to see several organizations work successfully and efficiently.

Among those groups were the Student Council, of which Falana was a member. He was an offensive lineman on the Junior Varsity Football Team and got an up-close look as the varsity squad won a pair of state championships.

“I had a lot of opportunities to be involved with a lot of different things at CHHS,” Falana said.

These days, Falana, a 2016 Cedar Hill High School Graduate, is incredibly curious as to why successful organizations work as well as they do.

That is why he plans on pursuing a doctorate in Industrial Organizational Psychology.

Falana, who graduated from the University of North Texas last spring with a Bachelor’s Degree in Psychology with a minor in Management, is already on the fast track to his goal.

He began a Master’s Degree from UNT in Organizational Behavior and Human Resources Management and was hired in July to work in the Human Resources office of Ryan LLC, a Dallas-based company that is one of the largest tax services companies in the world.

Interviewing for a job as a college senior can be a challenging task in the best of times, but the COVID-19 Pandemic provided a curveball.

Falana, a current Cedar Hill resident, credited UNT with preparing him for the interview process, which was done virtually due to the pandemic.

Cedar Hill ISD Played a Role In His Development

Falana is currently able to work remotely and said that working with his colleagues at Ryan LLC – founded by UNT Graduate G. Brint Ryan – has been a great fit for him. He has become more adept at technology, through his work with the company.

Falana said his time at Cedar Hill played a major role in his development. He attended Plummer and Lake Ridge elementary campuses, West Intermediate, Permenter Middle School and CHHS between 2003-2016.

In addition to football and student council, Falana was a powerlifter who qualified for the regional championships and also participated in Partner PE, where he assisted special education scholars in Physical Education classes.

“That was really cool to be able to help someone else,” Falana said.

Falana chose UNT because of its academic reputation, its proximity to UNT (50 miles away) and the fact that some of his cousins had graduated from the Denton-based university.

Upon enrolling at UNT, Falana built upon the extracurricular activities that he started in high school.

He joined the African Student Organization and eventually became the organization’s fundraising chair.

“Organizing events to raise money for the organization opened my eyes to business and led me to pursue a career in human resources,” Falana said.

He also joined the Denton chapter of the NAACP and became a member of Omega Psi Phi Fraternity Inc., a fraternity founded by African-American men. He became the chapter president of UNT Omega Psi Phi as a junior and proudly represented the chapter at regional and district meetings.

Falana’s college experiences strengthened his commitment to community service – something he has continued since graduation. 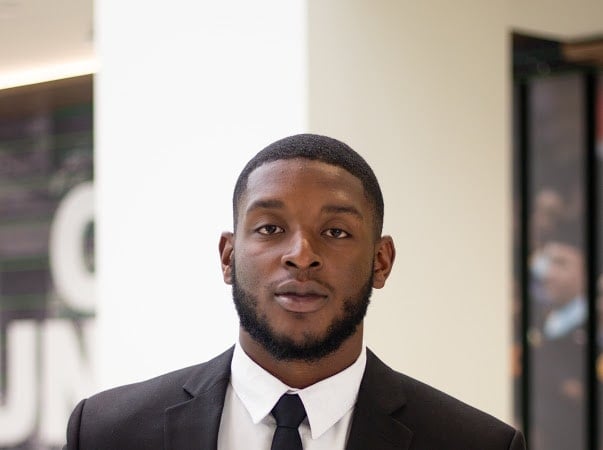 Curtistene McCowan – Thanks For Being A Role Model To Me