AUSTIN, Texas, May 8, 2017 – The Texas Auto Writers Association (TAWA) gathered for the annual Texas Auto Roundup to drive and evaluate 42 vehicles within 11 categories at the Circuit of the Americas May 5-8. Fifty-two journalists evaluated vehicles on the Formula 1 racetrack and chose the 2017 Alfa Romeo Giulia Quadrifoglio as the Car of Texas.

I took two photos of the Giulia and posted them on Facebook immediately commenting “Not as sexy styling as the Alfa4C but man does this puppy respond! Giulia Quatrafoglio is a real WOW on the track!

I came into the event being completely in love with the Mercedes-Benz AMG GTS (it won as SUPERCAR at the event!) but didn’t expect the Giulia to rival it in terms of track performance. It seems the Giulia made quite the impression on everyone as it took home the coveted Car of Texas award.

The 2017 Chrysler Pacifica Hybrid Platinum was named the Family Car of Texas. The Pacifica non-hybrid has won numerous accolades since it’s introduction, making it logical that a more advanced Pacifica would be even more impressive.

Cars Were Evaluated On Track AT Circuit of the Americas

Journalists came from Texas, various corners of the US and even one person from the Netherlands to evaluate vehicles at Roundup. The beautiful weather over the Circuit of the Americas allowed them to drive through a variety of exercises, including tight turns, a 0-60 mph test, and a slalom course. 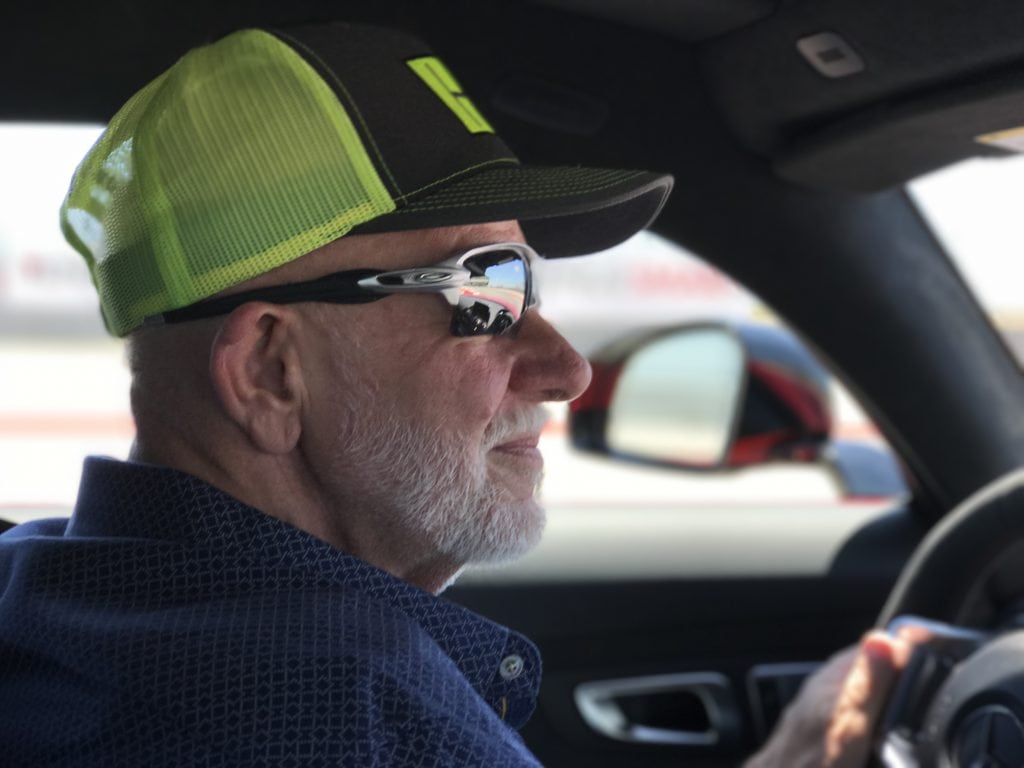 I admit to being disappointed when told I was not to drive faster than 60 miles per hour on the track, but accepted it since I would not be required to wear a helmet when driving. After taking a couple laps on the track, I found myself very content with the 60 mph rule and enjoyed it even more since I felt I could put the vehicles through more logical paces when it wasn’t simply a game of speed.

TAWA president Nic Phillips said, “This is a pivotal year for the Texas Auto Writers Association, moving our on-road focused event to Austin’s Circuit of the Americas, home of the Formula 1 U.S. Grand Prix and immediately following the IMSA WeatherTech SportsCar Championship: Advance Auto Parts Sportscar Showdown. The vision of the event was to create an opportunity for our members to learn about the latest advances in technologies derived through racing and then experience their application in the latest street cars.”

Phillips added, “The manufacturers provided us with an incredible stable of the latest family, luxury, and performance vehicles to evaluate, and our journalists racked up more than 1,100 individual drives for more than 130 cumulative hours behind the wheel.”

Winning the Compact Car category was the 2017 Mazda3 5-Door Grand Touring, with the 2017 Honda Civic Hatchback coming in as the runner-up.

The Minivan category was won by the 2017 Chrysler Pacifica Hybrid Platinum, with the 2017 Toyota Sienna Limited AWD runner-up. Activity Vehicle was the 2017 Jeep Compass Latitude/Trailhawk, with the 2017 Mazda CX-5 runner-up.

In the Full-Size Luxury Car category, the 2017 Volvo S90 Inscription was the winner with the 2017 Chrysler 300 runner-up.

The 2017 Chrysler Pacifica Hybrid Platinum came in first in the Green Vehicle category. The 2017 Hyundai Ioniq Hybrid was the runner-up.

The 2017 Mercedes-AMG GT S won the Supercar category, with the 2017 Nissan GTR Premium as runner-up.

In the Best Feature competition, the hybrid powertrain of the 2017 Chrysler Pacifica Hybrid was the winner. The Toyota Safety Sense system was runner-up.

The award for the Best New Interior went to the 2017 Volvo S90 Inscription.