DIANA D’AMARI and DARREL JOHNSON: What is the difference between the other approaches and your invention in filtering the desired sought after particle or tumor marker signals with respect to the other systems?

DD & DJ: Why is it so important to evaluate by more than just weight?

CROSETTO: The drawback is it misses many sought after objects (particles or tumor markers) akin to “throwing away the baby with the bathwater” because the baby could have the same weight as a stone and it requires an object pattern recognition “shape” to decide which objects need retaining and which ones needs filtering.

DD & DJ: Is weight and shape the only difference between these two approaches? If not, what other differences set it apart?

CROSETTO: The weight and shape is just the difference in the concept, however, there are many other differences in the implementation of my 3D-Flow OPRA invention that can replace 4,000 electronic boards housed in hundreds of crates in a room of approximately 22m x 16m, with 9 boards, housed in one crate 0.5m x 0.8m, providing unprecedented powerful tools to experimental physicists with a staggering performance improvement at 1/1000th the cost.

In the Medical Imaging application, my 3D-CBS that makes use of the 3D-Flow OPRA is hundreds of times more efficient than the over 10,000 current PET with the potential to save many lives through an effective early cancer detection and is more efficient and ten times less expensive than the Explorer that received $15.5 million from NIH.

The 3D-CBS creates a paradigm change in molecular imaging because for the first time it can provide at once, three features that no other medical imaging device can offer: a) effective early cancer detection, b) 1% the radiation dose of the current PET and c) a 4-minute affordable examination cost, covering all organs of the body that can replace more cost-effectively several screening procedures such as the mammogram, PAP-test, colonoscopy, PSA, etc.

DD & DJ: Finally can you give us the names of other experts on the issue that could comment on your technology?

CROSETTO: I would like to provide the same names provided by the CERN Director General, Dr. Fabiola Gianotti on February 2, 2017 to the President of the Socialists Democrats and his collaborators who, in several letters asked her to organize the presentation of my inventions at CERN followed by a public scientific review of my inventions. These names of experts on the issue suggested by the CERN Director General are: 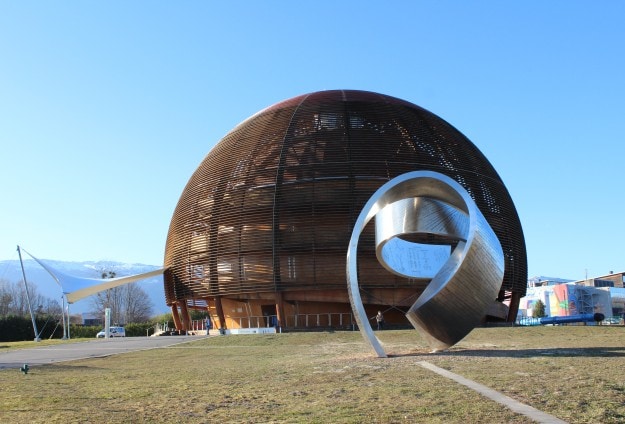